Even Sportsbet won’t back the COVID vaccination deadline 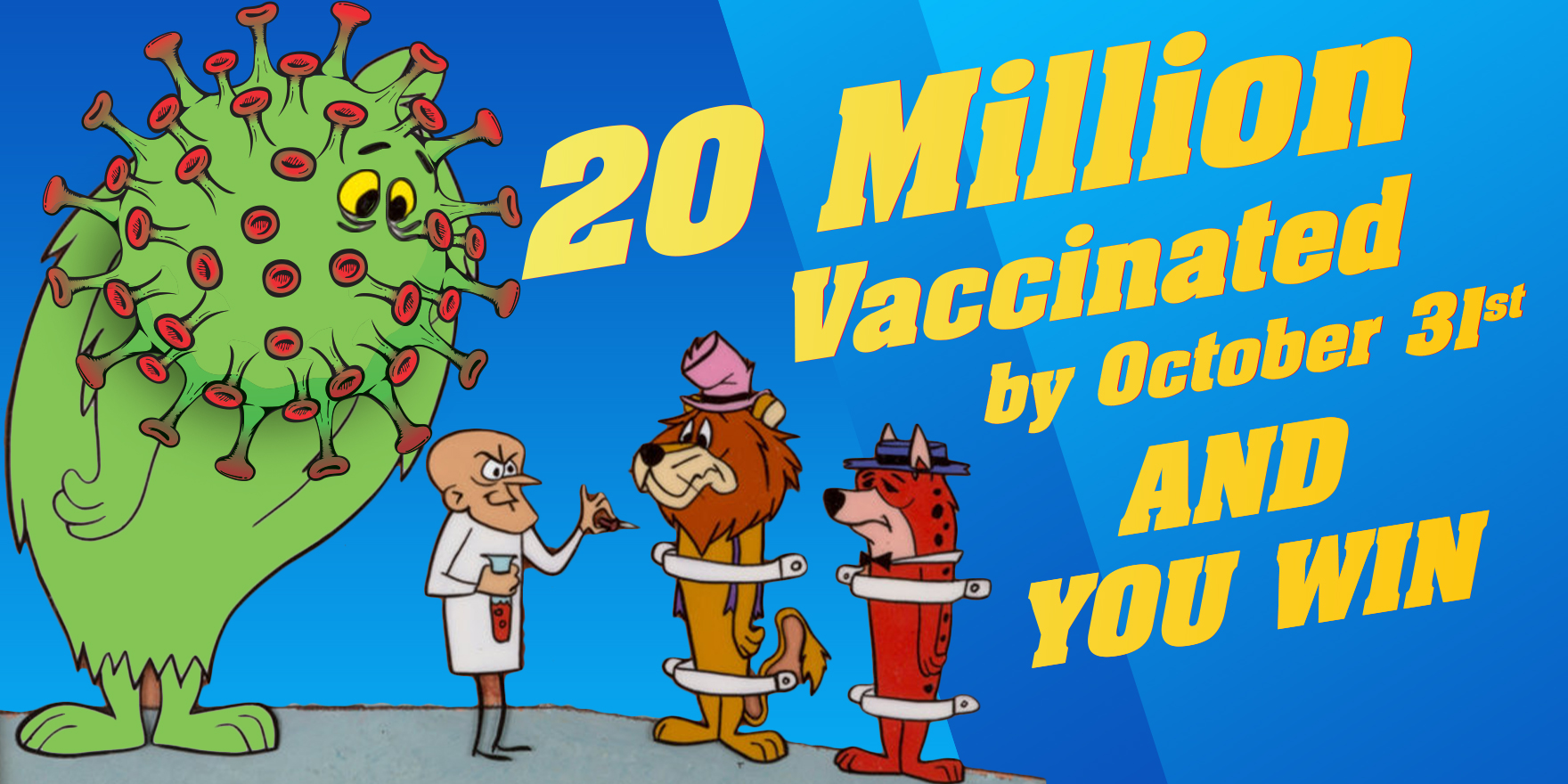 If you’re keen to offer COVID vaccinations, despite the economics, here’s a bit of detail we hope will help you prepare for an interesting journey.

If you’re keen to offer COVID vaccinations, despite the economics, here’s a bit of detail we hope will help you prepare for an interesting journey

As the week wore on, and more and more confusion started to layer around the COVID vaccination program, TMR decided in a well earned tea break to ring one of our largest betting companies to see if they’d take an exotic bet on whether the government would meet their end of October deadline to vaccinate the entire population.

It was an interesting call.

The very nice man in customer service listened intently to the proposition and the bets we were proposing to take (see end of article) and with what seemed like an excited tone in his voice said he would to run it past management to see.

He put me on hold.

Twenty minutes later he got back and said that, unfortunately – I guess unfortunately because it could have ended up a pretty hot betting market – it was against the law to run a tote on anything to do with the government.

Hmmmmm … sounded a bit convenient. Don’t they take bets on the general election? Maybe they felt that betting on the government doing anything on time, particularly something involving a significant IT component, wouldn’t attract odds good enough to make it a market?

Before you read on, and make a decision on the odds yourself, we all want the COVID vaccination program to happen to deadline.

Really, the faster the better for everyone, for all sorts of reasons. But of course mainly for public health and the economy.

For the Liberal government, an October deadline would be a great launching pad for an end of year election, so they are certainly motivated. Of course, we aren’t saying they are not motivated by wanting to get us all protected, and get the economy opened up, and rolling again.

We promise we aren’t just being Hardy Har Har (it’s a 60s cartoon, Millennials) with the following list of issues that might make a bet on missing the deadline a good one.

We are just saying that there’s a lot of issues piling up –  logistical, commercial, medical, political,  ethical and otherwise – that might contrive to upset this ambitious task we have set ourselves.

Remember, vaccinations were due to start for phase 1a, in hospitals in just a week or so (that was the original deadline which has now already been moved), and phase 1b, for 6.5 million other high risk individuals, and involving GPs, just a few weeks after this.

Here’s a few problems we think the country, the government, GPs, and other healthcare professionals are likely to encounter along the way to the end of October:

Put simply, short of getting our act together better on hotel quarantine, no one is sick or dying in Australia, but they are in big numbers in other parts of the world including some of our neighbours, and they are all desperately short on vaccine supply.

Ten million (now 20 million ordered) doses of Pfizer vaccine used in Australia in the next two months will probably make a lot of people feel a lot safer, but probably won’t save one life, if we can keep our quarantine problems at bay for a bit longer. How many doses of that same ten million would actually save a life in a hard hit country like Italy or Indonesia?

That’s one aspect of the ethical issues we face in Australia, having secured about three times the amount of doses we need to vaccinate just once.

We now have one of the highest ratios of doses per capita globally secured and at the same time we have managed to keep a lid on the virus so people aren’t dying and health services aren’t stretched.

This has awkwardly put Australia in the sights of those warning against vaccine nationalism, as governments put their own populations (and their own political interests) ahead of the greater global good – as Ruby Prosser Scully writes HERE , and discusses on our new Tea Room podcast HERE.

Who is wrangling this cat herd of vaccine booking and inventory systems anyway?

Perhaps ironically – ironic because if you do COVID vaccinations you will likely struggle to break even doing it – as a GP you probably have one of best chances among all the vaccination outlets being planned by the government of having a reasonably smooth booking, re-booking, vaccine inventory management and AIR registration experience.

But you might end up having the best of a very bad lot of experiences.

These are some issues currently with how you will interact with the government and the public on bookings, screening and registration: 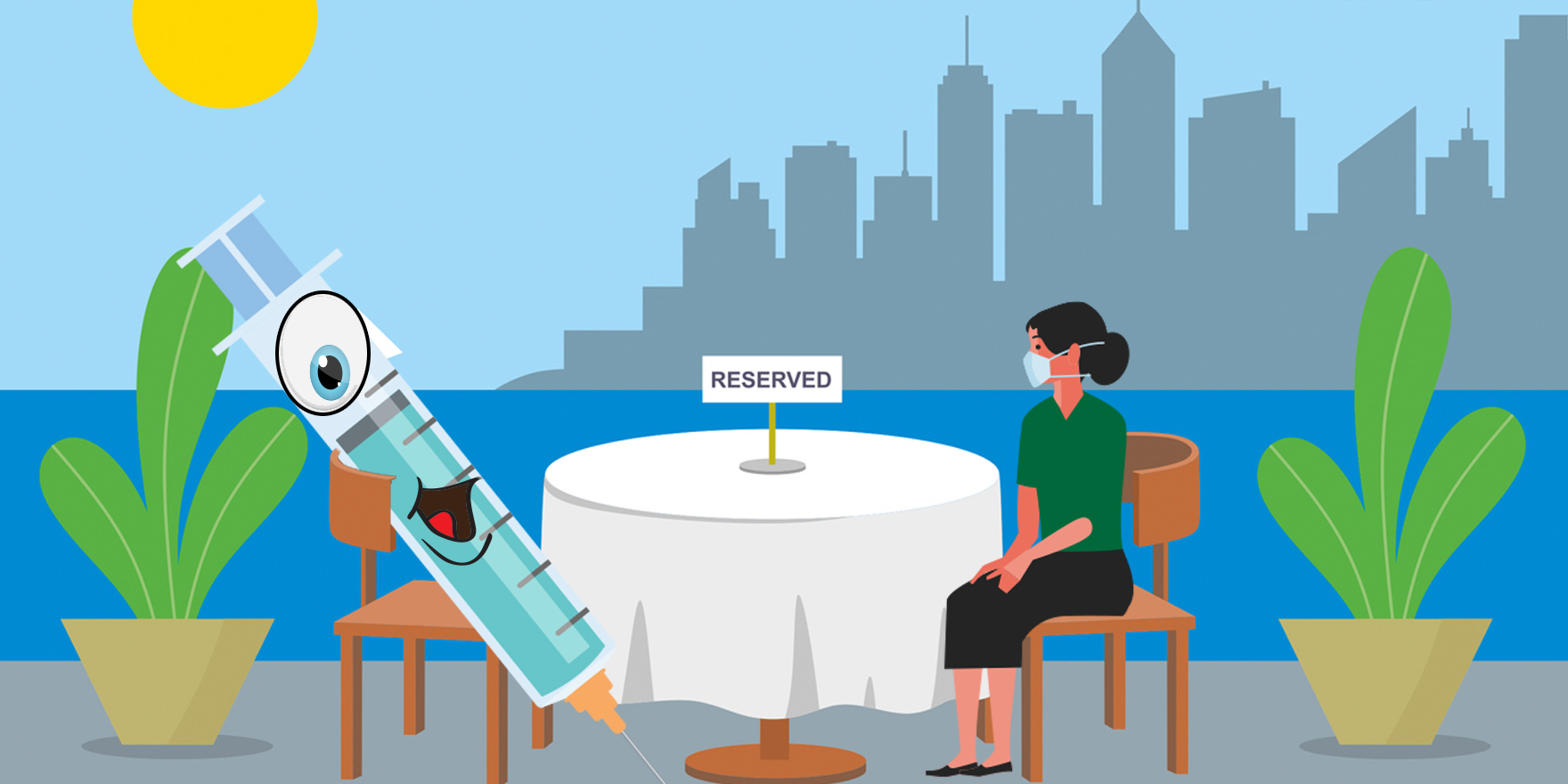 Comment From brain fart to something resembling a plan

Back to the economics and the emotion

We have written a fair bit on the economics of a GP and a pharmacy trying to make money by doing COVID vaccinations. David Dahm has written a good article HERE on what you need to consider when planning. There is some on how pharmacy might benefit HERE. Dahm surmises that you might be able to make money if you really plan big, get scale and throughput, and somehow manage the issue of pumping a whole lot of extra people through your practice while doing your best not to disturb your business-as-usual patients.

One pattern that appears to be emerging already, which we guess the DoH may not end up being happy with, but which they will only have themselves to blame for, is that quite a few GP practices appear to be gearing up to vaccinate their patients after hours. This makes sense for two reasons:

Having put out a few warnings about how hard it is likely to be to do COVID vaccinations, we read in Australian Doctor this week that apparently 5240 GP practices have expressed interest to the DoH in doing vaccinations. That’s a lot of GP practices given we think there are about 6500 all up and there’s a lot of really small ones.

It’s against a backdrop of the DoH originally predicting that they throught 1000 GP practices would likely be doing COVID vaccination, and then an announcement from federal Health Minister Greg Hunt last Sunday (he works hard) that the EOI had received such a great response that he thought there would now be 2000 GP practices doing vaccinations.

So that’s 1000, 2000 and 5240. It looks in those figures like either the DoH thinks that a lot of practices will see the economic light and pull back from actually doing vaccinations, or a lot are simply going to miss out.

Or, maybe everyone will join in!

But that would likely amplify significantly the above booking and logistics problems that already exist, so we think the DoH is probably going to restrict numbers to some degree if it can.

Some larger practices have told TMR that despite a lot of scale planning, they will still lose up to $10-$20 per patient doing the work, but they aim to recoup that by picking up new long term patients by providing a good service.

And herein lies a dilemma for even those GP practices that have decided they can’t afford to do it.  (My GP said she was going to do it, although she is in a two-GP practice, could hardly understand the EOI, and hadn’t yet done any numbers – she just felt it was what GPs should be doing).

If you don’t do it, will that big practice up the road do it and seduce a few of your loyal patients along the way?

Jeez, as if doing the numbers and applying for the EOI isn’t enough stress. Now you have to worry about marketing, customer retention and branding?

Maybe, but we think you probably don’t have to stress out too much. COVID vaccination is  a short term event overall. It’s not likely to be a patient’s idea of a great time out anywhere they get vaccinated, so you’d have to doubt that simply offering COVID vaccination will result in a lot of patients deciding swap their GP. It didn’t have much impact in general practice when pharmacies took a proportion of the flu vaccinations.

If you’re a T20 cricket fan you’ll be familiar with a scenario where the first team to bat hits the ball out of the park so much that the second team starts batting in an almost impossible position to chase the winning score. What often happens is that the tension and stress of having to hit out from the very first over causes the second team to collapse, and get all out for a very low score.

Before we start the countdown to October 31, our run rate on getting vaccinations done per day is huge. Like 200,000 per day. See this Conversation piece by Professor Raina Macintyre et al.

The point is, we are starting with a run rate so high that nothing can go wrong if we are going to chase the score down. There’s a lot of stress at the start. And if you think of what is riding on the politics of making this run chase, between both the federal and the various state governments, things are likely to get a fair bit more tense.

BTW – the Australian T20 final is on tonight.

(With apologies to the significant proportion of our readers who don’t follow cricket at all and don’t go for sporting metaphors either).

The betting (and some odds)

We publish these bets and odds as a sort of check list and reminder of what you might want to prepare for so you can better manage in your workflow and expectations as the great COVID vaccination program starts to roll out. We aren’t accepting bets

Bet 1: Australia will give up at least a third of its orders in the short term (remember we have enough coming for now to vaccinate us all three times over) to help countries in much more immediate need of the stock.

Bet 2: The state government built booking and inventory systems won’t talk to the federal government one in time, or the major PMS and booking systems for GPs and there will be problems (possibly big ones).

THERE WILL BE SOME EXCHANGE OF DATA BUT NOTHING MEANINGFUL: 5.20

Bet 4: The Liberal government will either call an election before December if the vaccine rollout seems pretty well accepted by Australians, problems or not, and won’t call one if it turns out to be a public train wreck.

Please feel free to send us some exotic bets of your own.

Note: I said last week I’d continue analysing the new lobby group situation for GPs, but this felt more urgent. I’ll get back to that next* week.