Epigenetics: How it makes us human and leads to disease 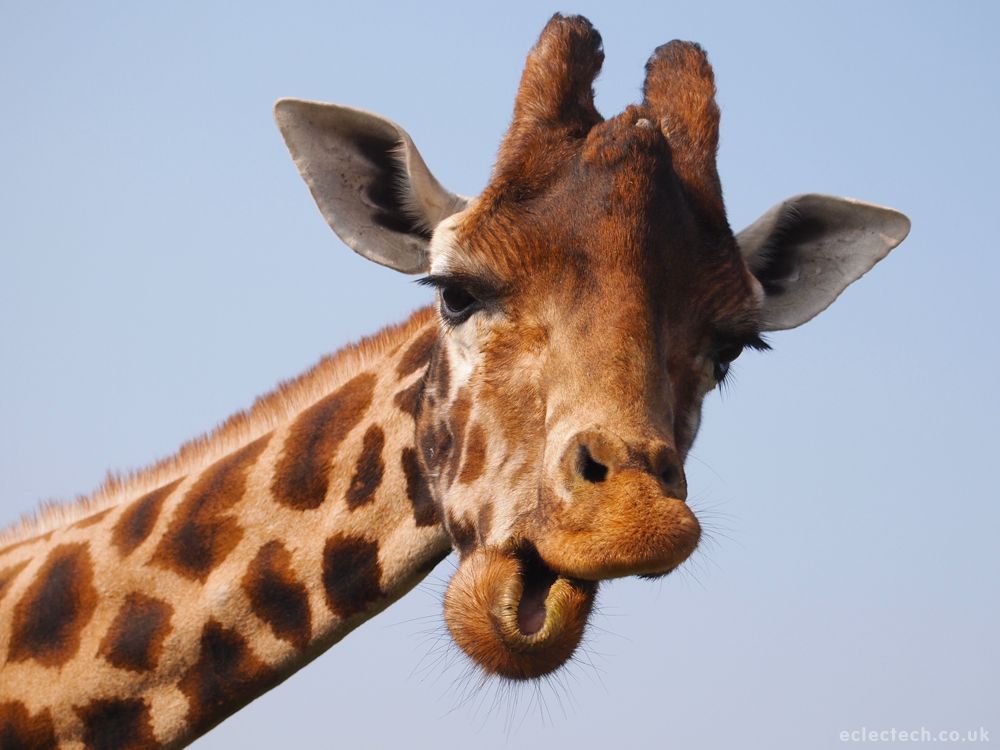 The human genome project has a lot of hype to live up to. Like answering why we get cancer.

The Human Genome Project was supposed to unravel all the mysteries of human development and disease. But there was a problem.

Researchers had expected to find a 100,000 different genes but only managed to scrape together around 23,000.

How could we have the same number of genes as the nematode worm and several thousand fewer than the water flea? And why did only 2% of our genome actually code for proteins? Was the rest of it pulling its weight or was it all “junk DNA”?

Epigenetics is beginning to explain some of these riddles. It refers to molecular changes to the genome that don’t tamper with the hard-wiring of the DNA. But by affecting when and where genes are switched on, epigenetics adds enormous variation to the basic repertoire of the genome. And it can also be influenced by the environment.

So what kind of molecular changes are we talking about exactly?

The best-studied form of epigenetic change is DNA methylation, where a chemical group called a methyl tag is stuck onto the region on a gene that promotes a gene’s expression. This blocks access for gene-transcription enzymes and shuts the gene down.

Histone modification has a similar effect. Histone proteins act like spools for long DNA strands so when they’re wound up too tightly, gene transcription becomes physically impossible. But if the histones are tagged by acetyl chemical groups, the DNA hangs more loosely and can be freely expressed.

And then there is the matter of all that junk DNA. Though it doesn’t end up translated into protein it turns out it can bind to genes and messenger RNAs to enhance or suppress gene expression. There are scores of different flavours of this so-called regulatory RNA, some with very transient effects and others with more long-term influence.

Once you add these layers of regulation into the mix, you can squeeze a lot more out of only 23,000 genes, says the Executive Director of the Garvan Institute, Professor John Mattick. He was one of the first to propose that the complexity of organisms depended highly on the proportion of non-coding DNA in the genome. The nematode worm C.Elegans has less than 75% or non-coding DNA while fungi are down around 60%.

Imagine the genome was the score for a symphony, and that each tissue of the body was represented by a different section of the orchestra. The lungs are played by the brass section, for example, and the musicians only get things right because the brass part has been written on its own sheet.

But now imagine the chaos if all 20 parts of the symphony collapsed onto single score sheet. The way we get around this during development is to have epigenetic conductors for each instrument, each cell-type, that pick out which phrases to read and which ones to ignore.

You’ll have often heard how a human’s DNA differs by only 1.2% from a chimpanzee. That’s when you compare protein-coding gene sequences, but when you take into account the non-coding DNA as well that figure is closer to 6%. Professor Mattick believes that the regulatory sequences packed into that 6% portion program a greater diversity of cells, particularly in the brain. The latest count puts it at 400 different cell types in the human body, and at least half of these are neurons. We can thank the epigenome for our brilliant minds.

Professor Mattick describes the epigenome as a “soft-wired” program because it can be modified by environment. Studies in monozygotic twins show that they have identical epigenetic fingerprints during their early years when their upbringing is shared. But as the twins grow up and have different experiences their genes and histones are modified.

One 1996 case study described monozygotic twins that carried the same gene mutation for X-linked adrenoleukodystrophy, but only one of the boys was stricken with problems in vision and balance while the other remained healthy. It was proposed that a spontaneous epigenetic change might have caused the gene to be silenced in one child but not the other.

DNA methylation is the most stable form of epigenetic modification. Each cell has a unique methylation footprint that should last the lifetime of the cell, but when a cell divides the methyl groups are stripped off and have to be remapped in the daughter cells. However, this process is not entirely faithful, explains Professor Susan Clark who heads the Garvan Institute’s Genomics and Epigenetics division.

“As we grow older we know that our aging cells lose the fidelity of methylation,” says Professor Clark. “There might be one mistake in a 1000, but that adds up over a lifetime. One of the reasons we go grey is that those genes responsible for hair colour become methylated.”

Professor Mattick describes Professor Clark as “the queen of epigenetics” because she developed the techniques to observe methylation in DNA samples. Professor Clark has demonstrated that all cancers share a skewed pattern of DNA methylation. The genome of cancer cells is typically hypo-methylated, causing expression of oncogenes which would normally be switched off. Meanwhile, tumour suppressor genes become hypermethylated, knocking them out of the fight against cancer progression.

Some epigenetic modifications can be used to detect specific cancers early on. For example, cells in stool samples from patients with colon cancer show hypermethylation of the gene MLH1 which would normally protect against mutational errors. Similarly, hypermethylated tumour suppressor genes in spit or urine can flag the presence of lung cancer and prostate cancers respectively.

Fortunately, this predictable pattern of disease opens a window for therapeutic intervention. Clinical trials are already under way for drugs that inhibit the enzymes that silence tumour suppressor genes or modify histones. One promising early result has been in the long-term suppression of non–small cell lung cancer, which is the most lethal cancer worldwide.

Professor Clark thinks that it’s probable that there is a role for the epigenome in obesity. “Certainly in rodent studies there are epigenetic changes in the intestine and the bowel after intense feeding studies. And in people that have had dramatic weight loss after bariatric surgery you get stable methylation changes in in the fat cells.”

But she is more sceptical of references to neurodevelopmental disorders such as schizophrenia and autism. “That’s where I get a bit nervous,” says Professor Clark. Those other studies typically take DNA samples from blood or spit which may not represent the cells in the diseased tissue at all. “And the effects they report are really subtle, with no relation as to what functional consequence that might have,” says Professor Clark. In cancer tissue, by contrast, the methylation of particular genes is all-or-nothing.

A fascinating but controversial area is in the heritability of epigenetic fingerprints. Nutrition, smoking and other drugs in pregnant women may have an impact on tissues of the developing embryo. The best-known example is the effect of famine in the early 1940s in the Netherlands. People born to mothers that lived through the famine have increased rates of life-long coronary heart disease and obesity, and less methylation of the insulin-like growth factor II gene.

There’s even some suggestion from animal studies that epigenetic memory can effect future generations. For example, a diet that changed coat colour in pregnant mice had effects on the grand-pups coat too. And in C. Elegans, exposure to a chemical smell changed behaviour and epigenetic markers for ore thanr 40 subsequent generations. To explain this, Professor Clark thinks the environmental stimuli must be affecting the sex cells of the developing embryo.

But she isn’t prepared to speculate what the implications might be for human health and disease.

BLAST FROM THE PAST

Oddly enough, these findings hark back to the early 19th century when Jean-Baptiste Lamarck was pondering the nature of evolution. Lamarck believed that if an organism changed during its life to adapt to its environment, those changes were passed on to subsequent generations. He said that the modern giraffe got its long neck from all the hard work of earlier giraffes stretching to reach the top branches of the acacia tree.

When Charles Darwin published On the Origin of the Species in 1859, he copped some flak because he couldn’t explain how inheritance would occur. Nine years later, his ‘pangenesis’ theory took a leaf out of Lamarck’s book, and suggested that ‘gemmules’ throughout the body could be modified by the environment, and passed on to the next generation.

Little did he know, that at the same time, Moravian friar Gregor Mendel was patiently breeding his pea plants and revealing the basic principles of sexual inheritance. It was only after his death that Mendel’s work got much airplay, when August Weismann proposed that the heritable factors lived in the germ plasm of sex cells. He disproved the ‘pangenesis’ theory by chopping the tails from five generations of mice and showing that none of the offspring were born with a “rudimentary tail.”

In 1909 the Danish botanist Wilhelm Johannsen salvaged only the word ‘gene’ from Darwin’s jargon and in little time scientists started focusing on the chromosomes to find them. Of course in 40s and 50s DNA was shown to be the molecular script of life, and gene theory became a dogma of biblical proportion. DNA begat RNA which begat proteins.

It’s taken us over a century to come full circle and look beyond the hardwiring.

COVID-19 Diphtheria: what it is, why it’s back