“Doctor Doctor” – almost enough to bring you to tears 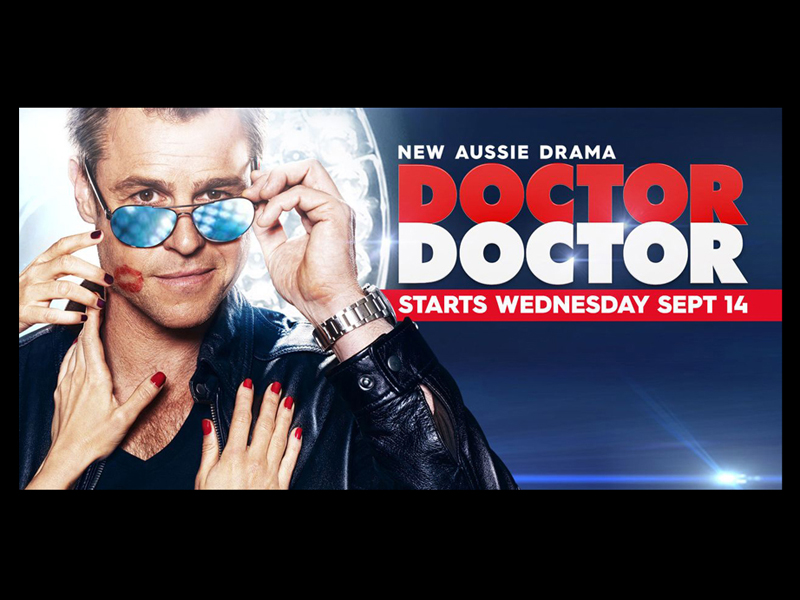 Channel 9's new TV show, 'Doctor Doctor', will do little to educate the public about what GPs actually do

Channel 9 has a new TV show, ‘Doctor Doctor’. Will it help or hinder our cause?

In a discussion about the frequent shedding of tears in my consulting room (most of them not mine) and my resultant high rate of tissue box turnover, my mother said, “Having never cried nor even thought of doing same when at the doctor’s, I find that rather strange.”

It got me a-thinking. Her personal experience of what “going to the doctor” entails has shaped her view about what us docs do. And it’s not just my Mum (who actually has a pretty good idea about the life of a GP thanks to many years of my stories) – we all make judgements in life based on limited personal experiences. I’m reminded of the cartoon showing several blind men each touching a different part of an elephant and arguing over what the animal looks like.  I’m stating the obvious, I know, but bear with me.

When I first started medical school, I had absolutely no intention of being “just a GP”. As children, my brother and I were taken to our family doctor for immunisations and referrals but not much else. My recollections are of consults that went something like this:

“My son has a strange rash on his forehead.”

“Here is a referral to a dermatologist.”

It surprised the hell out of me to learn that GPs diagnosed and treated all kinds of illnesses, and that many actually did complex procedures. Thanks to an inspirational talk by a GP in my first year of med school and a great GP term in fifth year, I was sold on what general practice had to offer.

The message didn’t get through to everyone though. I’ve lost count of the number of times my specialist colleagues have underestimated GPs’ capabilities. A urologist once expressed surprise that I was comfortable administering Eligard (leuprolide acetate) injections to a patient with metastatic prostate cancer. He seemed astonished that I was not only capable of mixing two pre-packaged components and giving an IM injection, but willing to do so.

I’m delighted to see the increase in positive promotion of general practice to med students and pre-vocational doctors.  Organisations like GPRA are doing wonders to attract the best and brightest to “the speciality which doesn’t limit”, and hopefully those who choose to pursue other paths will at least have a realistic idea of what we’re all about.

The RACGP has been doing its best to enlighten the wider community as to what versatile and clever ducks we GPs are, through its “the good GP never stops learning” campaign. However, there are certain sectors of the general public who only pay attention when information is presented in the form of a “soapie” or a reality TV show on a commercial TV station.

We haven’t been doing too well in commercial TV-land in recent years.  Where once “G.P.” and “A Country Practice” appeared on Australian screens, audiences now take their medicine from TV hospitals’ dispensaries.  The morgue is a popular place to linger – forensic pathology has been hot for years and is showing no signs of dying (sorry!).  Our Australian veterinary colleagues’ have fared better. They weren’t doing too badly with Dr. Harry but have gone to a whole new level of sexy with Dr. Chris on “Bondi Vet”.

So when I heard there was a new Australian TV drama about rural general practice coming to Channel 9 in September 2016, I thought “Great! This might do the trick.”

Until I heard the premise of “Doctor Doctor”. From Wikipedia: “Heart surgeon Dr Hugh Knight receives a life-changing punishment from the Medical Tribunal and is sent to work for a year as a country GP.”

From the Channel 9 website: “Now the only way to salvage his brilliant career is to work as a lowly GP.”

Hmm… I don’t think this program is going to do us any favours.

On the other hand, it might be wise not to let everyone know exactly what we do. If it became universally known that crying at the doctor’s is “the done thing”, it could send my tissue bill through the roof!

Dr Genevieve Yates is the RACGP Queensland Censor. This blog was originally published on Genevieve’s anthology.