Why catching flu is so harmful in pregnancy

Influenza is a dangerous disease to catch during pregnancy for both mother and baby – and a study on pregnant mice is helping to unravel the reasons why.

The study, conducted by Australian and Irish researchers and published in PNAS this week, showed that influenza behaved very differently in pregnant and non-pregnant mice.

In non-pregnant mice, the flu infection was localised to the lungs.

But in pregnant mice, the virus spread to the large blood vessels, including the aorta, causing a hyperactive immune response, which restricted oxygen supply to the fetus.

“We’ve known for a long time that flu can cause serious maternal and fetal complications, but how this happens has not been clearly understood,” said lead author Dr Stella Liong, a researcher at RMIT.

“Conventional thinking has blamed the suppressed immune system that occurs in pregnancy, but what we see is the opposite effect – flu infection leads to a drastically heightened immune response.

“The inflammation we found in the circulatory system is so overwhelming, it’s like a vascular storm wreaking havoc throughout the body.” 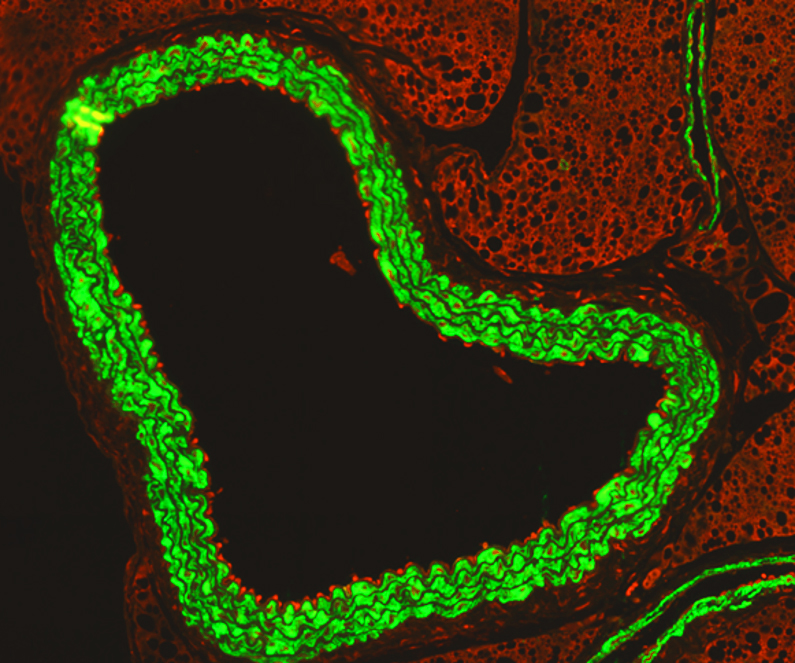 An immunofluorescence microscopy image showing how the aorta is affected by influenza in pregnant mice. The activated immune cells (red) ‘stick’ to the inside of the aorta (green) during flu infection in pregnancy. Image: RMIT

The study was done in mice but the pathophysiology, if similar in humans, might help explain some of the neonatal complications associated with flu in pregnancy, such as seizures, cerebral palsy, intrauterine growth restriction, preterm birth, and death, according to the authors.

“Influenza in pregnancy should not be considered as an isolated acute event, but, rather, one that initiates a pathogenic downstream [cascade] of events, which can have profound consequences in the long term for maternal and offspring health,” the authors said.