Where are the holistic, integrative lawyers? 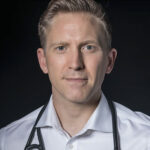 When I first heard the term ‘alternative medicine’, I was confused.

You’d feel uneasy if you discovered an alternative electrician had wired up your house.

And I think we’d all find it hard to place our lives in the hands of an alternative pilot.

What could have gone so wrong in modern medicine that patients would look for an alternative?

Whether you call it alternative, complementary, holistic, integrative, or any other name used as a branding exercise, the practice of combining unproven remedies with modern medicine is widespread and sneaking into our lives. Naturopathy, applied kinesiology, iridology, traditional Chinese medicine, homeopathy and acupuncture appear to be credible because they are taught at tertiary institutions alongside evidence-based subjects and courses.

Therapies that have previously been debunked persevere as part of the curriculum of our highest educational facilities. It should be a national outrage. But education is a business, and as long as enough unsuspecting people are willing to hand over money to be taught fictional ideas, teaching establishments will continue to provide these courses.

Same goes for those who actually attend an alternative medical practitioner or buy ineffective items that populate our pharmacy shelves and the healthcare aisle of our supermarkets.

Many of us pour cash down the drain buying expensive treatments that do us no good – but why?

It often comes down to three factors – trust, fear and a patient’s circumstance.

Every now and then patients can have bad experiences with doctors. We’re all human, so personality clashes happen, and while health professionals can be experts, sometimes you just don’t click.

A negative interaction can erode the trust a person has in the medical establishment.

When you’re feeling sick and needing assistance, you’re also bound to be feeling anxious. People are already on edge – throw in a delay in treatment, poor communication, or the sense that problems aren’t being appropriately addressed, then your anxiety level will go even higher.

It only takes a second to become disillusioned and lose confidence in your treating physician.

As discussed in an earlier chapter, when I was attending my family clinic as a teenager with a bone tumour in my back, the GP initially scanned the wrong area of my body, gave me the wrong diagnosis and sent me for treatment that only caused more pain. I can understand how a bad experience with one doctor could make you distrust others and even turn away from modern medical care completely.

But as a GP, I know it can be difficult to immediately ascertain the correct diagnosis, and the remedy needed to treat it. Health issues can be complex and sometimes present themselves more clearly over time.

Another reason some people come to dislike doctors is because we frequently deliver bad news – there’s rarely any sugar coating. As a doctor, there have been plenty of times when I’ve needed to give patients bad news. There’s no easy way to tell someone that they have metastatic cancer, multiple sclerosis or will never be able to walk again. It’s not fun for anyone in the room. Telling the truth, warts and all, is what we are trained to do. It can be frightening to receive a poor diagnosis, but sometimes instead of focusing on the diagnosis itself, people can turn their anger to the messenger.

It can be easier to be angry at a person than a tumour, but these are not good reasons to turn away from lifesaving treatments.

If you don’t hold complete confidence in your doctor, you need to get a second opinion, but choosing to see an alternative practitioner instead can be disastrous.

When I worked in the hospital, one of my jobs was to run the cardiothoracic surgery pre-admission clinic, preparing patients for major heart surgery. They looked healthy enough on the outside, but on the inside their hearts were withering away.

I’d need to explain to patients in very simple language that we were planning to use a general anaesthetic to put them to sleep, we’d then cut through their sternum to get into their chest, and stitch veins from their legs onto their heart to bypass the blocked arteries.

It’s no wonder patients are frightened to have modern medical treatment when we do such weird and wonderful things to them.

When your options are laid out in front of you and you have the choice to either have major heart surgery or do nothing and die from a massive heart attack in the next few months, most people will take the risk of surgery. But many alternative therapies offer hope, free of that overwhelming fear of surgery.

Our cultural, spiritual and religious backgrounds all influence the way we think about illness and disease, so it makes sense that people are more likely to seek out healthcare solutions that align with these beliefs. Plus our family and friends will often suggest practitioners they believe in, and we’re more likely to trust them if they come highly recommended – even if they aren’t evidence-based.

We’re also restricted to our physical location and finances. If we live in a remote area and can’t get an appointment with the appropriate specialist nearby, then we’ll seek an opinion elsewhere. If we’re unable to afford to see the best person for the job, we’ll find someone more affordable – even if they point us in the wrong direction.

Humans do what they must and make do with what they’ve got.

Dr McKay is a Sydney GP, science communicator and TV host, and is on The Medical Republic’s editorial board.