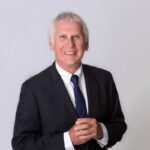 The physician’s role regarding pain and its killers has evolved, from prescriber to life coach, mentor and healer. Are we up to it?

Medicine can fall victim to its own success. Advances in one area often uncover new challenges. Solve one problem and create another two.

A case in point is opioid substitution therapy. Originally known as methadone programs, they proved to be an effective harm-minimisation response to the ravages of heroin dependence. These programs saved lives, reduced drug-related crime and the spread of bloodborne diseases and assisted many to alter their lifestyles and regain social integration.

Now, of course, the drug use disorder is often the result of a doctor’s desire to treat persistent pain with prescription opioids. Today, high-risk prescription opioid use is common, with some patients developing dependence or deviance in their use of opioids, in addition to their other chronic health problems, secondary to the medication. While some predisposing factors are shared by both groups, the phenotypes are often different.

Until recently, these patients were shielded from their diagnosis of opioid dependence by the ambiguity of what has been labelled as “persistent pain of high complexity”.

The move towards real-time monitoring of dangerous substances, including opioids, threatens to uncover those falling between the cracks in our fragmented care chain. But how did we get here? I have put together a history, fleeting, impressionistic and unashamedly biased – I am an addiction medicine physician.

Paracelsus’s spectre has been heard. But we still have the problem of pain.

In pain, emotion is everything

Pain is a complicated and dynamic concept. If you experience pain, then you have pain. But there is no doubt that pain really is all in your head and emotion controls intensity. Pain as defined by the International Association for the Study of Pain (IASP-2020) is “an unpleasant sensory and emotional experience associated with actual or potential tissue damage”.

In 1956, Henry Knowles Beecher published an article suggesting that pain perception is heavily influenced by the meaning we ascribe to it. He reported on 225 battle-wounded soldiers who ought to have experienced severe pain. It was noteworthy that three-quarters of them reported little or no pain in the immediate aftermath of their injuries. Beecher posited that the absence of severe pain was due to the soldiers seeing their injuries as a ticket out of the truly terrifying existential situation of war on the frontline.

Contrast this with a case report in the British Medical Journal in 1995. A 29-year-old construction worker has accidentally jumped onto a plank and impaled his boot on a 20cm nail, which went clear through to the other side. He reports terrible pain requiring fentanyl and midazolam. It transpires that the nail has found a gap between his toes and there is no injury at all!

The pain that this young man experienced was real and falls within the purview of Medically Unexplained Disease. This umbrella term encompasses Functional Syndrome, Somatisation and Somatoform Disorders.

I suspect that in the current climate, these are diagnoses best avoided, at least without courage and a solid therapeutic relationship between patient and doctor. In this difficult terrain both roles are transformed. The patient must shift from passive consumer of cascading drugs, prescribed or otherwise. The doctor role must shift away from mere prescription hacker and more towards holistic mentor, lifestyle change agent and self-healing coach.

There is no doubt that large number of patients experience intolerable pain. Morphine at an appropriate dose remains a great drug. However, lately the evidence base seems to have shifted. If the dose exceeds a recommended cut-off, then deprescribing is now recommended. That cut-off is anywhere between 60-120mg oral morphine equivalent daily dose (oMEDD), depending on factors such as concomitant use of other medications with sedating effects (e.g., benzodiazepines, alcohol, gabapentinoids, antipsychotics and sedating antidepressants). So, here’s the rub.

There seem to be legions of “legacy patients”, those relayed from doctor to doctor over the years, sometimes up to 20 years, where the cascade prescribing has placed them into the danger zone. It’s reasonable for some prescribers to get jittery with the advent of real-time monitoring, as some will show oMEDD of 200-300mg.

Because access to multi-disciplinary persistent pain clinics (MDPPCs) is difficult or impossible, these patients are being pushed towards local public drug and alcohol services, as their latest GP is no longer happy (or game enough) to manage them.

In Queensland, where I work, the public Alcohol and Other Drugs Services were originally set up to provide methadone maintenance services. Historically these were for street heroin users and market failure determined that this was a private sector-free zone. We knew and cared for the tribe we were treating.

This new influx is akin to refugees from different tribes, with very different emotional controls and cognitive attributes. We are the end of the line, but are we best placed to manage them?

Back in 1967, the Scottish psychiatrist R.D. Laing argued that “the experience and behaviour that gets labelled schizophrenic is a special strategy that a person invents in order to live in an unliveable situation”.

In 2021, another psychiatrist Anna Lembke in her book Dopamine Nation, suggests that the human brain is no longer fit for purpose. Our brains evolved to help us survived a constantly treacherous environment; our life was constantly on the line.

In the contrasting relative safety that we now enjoy, we are easily bored. Our brains need a dopamine-rich environment. Hence, we humans subconsciously fall prey to compulsive overconsumption of dopamine rich experiences and substances. By extension, you could argue that the phenomenon of persistent pain for some includes a maladaptive strategy that a person is forced to unconsciously invent to live in an unliveable situation. The pain is that of tortuous existential angst.

All patients are unique, and we need time to extract and examine that uniqueness. At best, contemporary MDPPC improve outcomes in many but clearly not all. What of the rest? Should doctors be prepared to interrogate the source/nature of pain rather than take it at face value? If the “pain” is an unconscious coping strategy, will even a hard conversation reveal that? We won’t know until we try.

In 1978, George Box, renowned statistician and quality control theorist, wrote “All models are wrong, but some are useful”. In my clinical practice, although Dr Lembke’s “listless brain” model may not be correct, it can still be useful. As a profession, are we doctors game to have those hard conversations? If we are not, then are we part of the problem?

Associate Professor Kees Nydam was at various times an emergency physician and ED director in Wollongong, Campbeltown and Bundaberg. He continues to work as a senior specialist in addiction medicine and to teach medical students attending the University of Queensland, Rural Clinical School. He is also a poet and songwriter.

Jeremy Knibbs is on leave