What standards apply in the PSR process? 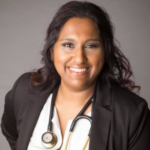 They aren’t written down and you can’t learn from others’ mistakes – you’ll only know once your ‘peers’ have sat in judgement.

As a junior registrar going through the process of Medicare audit and subsequently the Professional Services Review process, the one thing I desperately wished I had was psychic powers to read the minds of my peers.

I mean this genuinely, as that is how vague and opaque are the so-called standards that apply during these processes to determine whether you were eligible to receive the funds you did.

Cases (including my own Federal Court challenge) have tried to argue this point as being too vague and not clear; however, through and through, it seems this argument of standards being “inconsistent”, “unrealistic”, or not readily available and therefore not “fair” does not seem to fly.

Why is this a problem and what does it mean for us?

There are two problems here.

First is the fact that under section 106ZR of the Health Insurance Act, the standards and findings made by the committee are not available for the general public and practitioners to review and learn from. There are several credible education resources out there, but none guarantee an exemption from compliance issues.

Hopefully someday soon, this legislation will be amended so that people can learn from how the committee has applied standards to our colleagues – but until then we are all flying kind of blindfolded.

Secondly, until and unless you get to the PSR Director’s interview stage or the committee hearing level, you have no idea whether your standards of billing match the standards to be set by those peers.

There are provisions of recourse through a judicial review based on things like bias of the peers, conflict of interest and others, but these are limited to the realm of legal error and are not a merits review. You will not be able to argue whether the standards set by the committee are fair, right or wrong as per the provisions of recourse within the legislature that governs the PSR.

How to reduce your risk

Although it is hard to fathom how this is all fair and how this is even possible to abide by, to optimise your chances of surviving a PSR audit and actually minimising damage, this is what I do now:

Although I still hold the clear principal belief that there are persistent and undesirable process flaws empowered by legislation within the PSR system, it is also the only gate-keeping mechanism to ensure people are abiding by the rules. Therefore, at this stage, until things change, the best we can do is learn, reflect and minimise our risk to the best of our abilities.