What real action on suicide prevention would look like 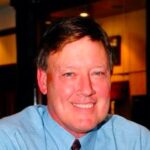 The federal government has put a substantial amount of money into mental health in its recent budget: $2.3bn in all.

While additional money is helpful, the bigger question is whether it is used effectively and wisely. It is not a given that more money will really make a difference.

There are systemic problems with the way mental health services are provided in Australia. The Royal Commission into Victoria’s Mental Health Services identified multiple shortcomings. The 74 recommendations of the Commission indicate the level of crisis in mental health in that state and it is likely that the problems in Victoria are also present in other states and territories. Improved funding is welcome but it must be accompanied by root and branch reform of service delivery, and the attitudes that accompany it.

But so is the week after an individual presents with emotional distress to an emergency department and is not admitted to hospital. Will the commonwealth government plan provide intensive contact for these at-risk individuals? Accountability at the point of patient-clinician contact for follow up care needs close attention. A senior clinician must be the nominated person responsible for providing aftercare and the patient (and carers) should know who this person is and how to contact them. Aftercare delegated to a “team” or “service” is not satisfactory.

The number of mental health clinicians needed to provide the aftercare contacts will be substantial. The mental health workforce is already severely stretched and is unlikely to be able to take up this challenge, at least initially. A significant enhancement of the numbers of psychiatrists, clinical psychologists, psychiatric trained nurses, and mental health up skilled general practitioners will be needed, not only to see the individuals who have made recent suicide attempts but to have the skills to identify and treat the sources of distress that lead to suicidal behavior. Public mental health clinics will need to increase to compliment services in the private psychiatry sector.

The use of family and friends and the staff of non-government organizations of various persuasions to help recent suicide attempters and individuals distressed enough to present to emergency departments from becoming isolated will need to be considered. A rollout of targeted public education to these groups along the lines of the “Mental Health First Aid” program with a focus on support and appropriate referral for these individuals should be considered. If we can train the public in cardiopulmonary resuscitation and the use of defibrillators, we should be able to train selected members of the public to be more comfortable supporting individuals who are at risk of suicide. Better-educated members of the public will be more likely to support vulnerable individuals and prevent them from becoming isolated. Funding directed to this endeavour would be money well spent.

The lack of available psychiatric beds in public hospitals prevents disturbed individuals presenting to emergency departments from being admitted and increases the pressure to discharge patients too early to free up beds. This bed pressure is a factor affecting the risk of suicide in these patient groups.

It is amazing that psychiatric inpatient units are continually at 100% occupancy, making them unable to meet the demands of fluctuating clinical pressures. It is not clear that the additional federal funding will address these inpatient bed problems or will provide funding for bed-based community rehabilitation units for long-term patients that will take pressure off acute inpatient services.

The commonwealth fund to provide support for individuals and families bereaved by suicide is a compassionate initiative. In this program, attention must also be paid to the risk of suicide in surviving members of the social network. It is not uncommon for friends and family members of people who have died by suicide, to later commit suicide.

A National Suicide Prevention Office will be established to coordinate strategies to prevent suicide in collaboration with the National Suicide Prevention Leadership and Support Program. The significant amount of money devoted to this initiative will be less than effective without developing a nationwide ongoing audit or commission of inquiry to examine the pathways to death in all cases of suicide, whether occurring in hospital or in the community. This office should make regular comment about the quality of services and make recommendations about improving these services. It should examine how the state mental health acts are being applied to see if they are affecting the provision of acute inpatient care and intensive community aftercare.

The National Suicide Prevention Office must also be tasked with publishing publically available suicide statistics and mortality data from domestic violence, homicide, police shootings, drug overdoses, and accidents that may be proxies for suicide. Mortality data and complication rates are now becoming required reporting for many areas of medicine; for example in surgery, anesthesia, and obstetrics. In public health, the road toll is used as an index of progress in reducing motor vehicle deaths and monitoring road traffic regulation reforms. While suicide is a multi-determined behaviour, there is no reason why a national suicide toll cannot be used in the same way. The data should be broken down by state and territory and by individual health district. Trends over time will inform if progress is being made on suicide prevention both locally and across the nation.

While the recent budget’s major investment of public resources is timely to deal with our mental health crisis, the money will not be well spent unless issues of accountability, service direction, and transparency are addressed.

Professor Morris is president of the National Association of Practising Psychiatrists