What is the true death rate of COVID-19? 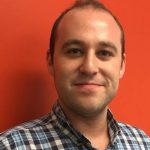 This complex question is not entirely solved, but here's what we do know (with a nice graph).

A year ago, I spent a few weeks looking into the infection fatality rate of COVID-19.

At the time, this was a minor side-project I could do in the extra time I had saved because I was working from home during lockdown and no longer had a 1.5-hour commute twice a day. It was a fascinating, complex problem, but also relatively easy to attempt to answer based on current best evidence at the time, because that consisted of only a few dozen scientific papers and preprints.

12 months on, and instead of a small side-project, the question has become something I spend most of my free time on. I’ve put in endless hours and late nights into trying to answer what at first seems like a very simple question: how likely are you to die if you catch COVID-19? In the process, I’ve published — with some amazing colleagues — two scientific papers on the question that have jointly been read 100,000s of times, cited by the CDC, WHO, EU, and others, and generally dedicated a very surprising amount of time to the whole idea.

So, a year on, let’s look at the question of the fatality rate of COVID-19, and what we’ve learned.

The problem in March/April 2020 was an interesting one. While we already knew that COVID-19 was dangerous — it could overwhelm healthcare systems in a bad outbreak — there was still a lot of uncertainty. We knew that the case fatality rate, which is simply the number of deaths divided by confirmed cases, likely overestimated the true fatality risk, but we didn’t really have much information on the infection fatality rate (IFR), because we didn’t know how many people had been infected with SARS-CoV-2. While the evidence on asymptomatic spread was already accumulating, testing was sparse and so estimating exactly how many people had already had COVID-19 was very hard.

In our initial study, we looked at something simple — based on the number of people who were estimated to have caught COVID-19 and died of it across a range of places, the aggregate IFR overall. At this point, research was pretty thin on the ground, so we looked both at people who had modelled what they thought was the likely fatality rate of COVID-19 as well as using antibody studies to infer infection rates and from those IFRs.

From these varied estimates, we produced an aggregate figure that the population IFR at the time was around 0.68% — or about 1 in 150 people who caught the disease died of it — and varied in the studies we examined between a low of 0.17% to a high of 1.7%. We also acknowledged that there was probably no ‘true’ IFR for the disease, that the number varied across populations, and in particular noted that there was growing evidence that the IFR was likely to vary based on the age-breakdown of who got infected in a population.

In other words, based on the data we had at the time (we submitted the paper at the end of June 2020), the populations with IFR estimates seemed to lie somewhere between these values. But, importantly, it looked like age might be the biggest factor.

Fortunately, people were already working on the problem, and shortly after our first paper was published I was invited to join the effort to look at the age-stratified IFR of COVID-19. I happily accepted, bidding free time goodbye for another few months.

So what did we find?

The second paper, with a bigger team including professors from Dartmouth and Harvard, and was also a bit more complex. Because the growth rate of COVID-19 scientific papers is exponential, we had a lot more data on our hands when we systematically reviewed the databases. That being said, there were far fewer places that gave good estimates of the infection rates of COVID-19 by age, which was the biggest thing we needed in a paper. Moreover, the death data was hard to trust for a lot of locations, so we limited the study only to higher-income areas where we could be reasonably sure the numbers were correct.

After aggregating more than 100 datapoints from studies across the globe, we ended up with this somewhat amazing graph.

What this is showing is that COVID-19 death rates by age adhere almost perfectly to a log scale. In other words, there is an impressively robust exponential association between your age and your risk of death from COVID-19 — a 20 year old has a 1 in 17,000 IFR if they catch the disease, while a 60 year old is closer to 1 in 130. You can see this even more clearly in the graph using a linear scale.

Perhaps even more importantly, we showed that 90% of the variation in death rates between places was down to the ages of the people who got infected. In Spain, where lots of older people got COVID-19, the IFR was very high at nearly 2%. In Utah, where older people were more protected, the figure was only 0.5% overall.

Since our study came out, numerous other research projects have come to almost exactly the same conclusion. The IFR of COVID-19 at a population level largely depends on the ages of the people who are infected, with older people at 100s or 1,000s times higher risk compared to children and young adults.

Or at least, that was the case at first. Our research largely relied on studies done between March and August 2020, but that was quite a long time ago. What’s happened since then?

COVID-19 is getting less lethal

In short, in the months since the disease emerged, we have developed better treatments, and improved our ability to combat COVID-19. There is no question that you are less likely to die from COVID-19 if you catch the disease now than if you caught it in April 2020.

The trouble is, it’s still hard to put a number on how much exactly the death rate has been reduced. While clinical trials are useful for determining reductions within specific populations, it’s hard to generalize them to everyone who catches COVID-19. Population studies that have attempted to answer the question are in some ways more useful, but they also have significant drawbacks that make the evidence hard to untangle.

On top of this, we have the endless wonder that is vaccinations. All of the above is predicated on the idea that people catching the disease have not already been offered protection, but at this point that’s not true for everyone. Somewhere around 600 million people have already had at least one shot of a COVID-19 immunization, and we know from a plethora of evidence that being vaccinated against the disease makes it far less severe. Even just having a single dose appears to reduce your risk of hospitalization and death from COVID-19 to almost nothing, as well as minimizing your risk of catching the disease in the first place, which is a truly wonderful fact.

Ultimately, we are not entirely certain of the death rate from COVID-19. We know that it increases exponentially with age, that it’s likely to be a bit higher by age in less well-developed places (we’re working on a paper looking at this right now), and that it’s probably a bit lower than it was at the start of the pandemic. We know that the death rate is still very high, that COVID-19 is far more dangerous than seasonal influenza, and all the evidence points towards it being a nasty thing to catch for anyone who isn’t vaccinated against it.

A year on, we know a lot more, but there are still many uncertainties to contend with.

That being said, the evidence is very clear: COVID-19 is a dangerous disease. It gets worse for older people, but even for those in their 30s and 40s, the death risk is still very worrying.

Gideon Meyerowitz-Katz is an epidemiologist who tweets @GidMK

This piece was originally published at Medium