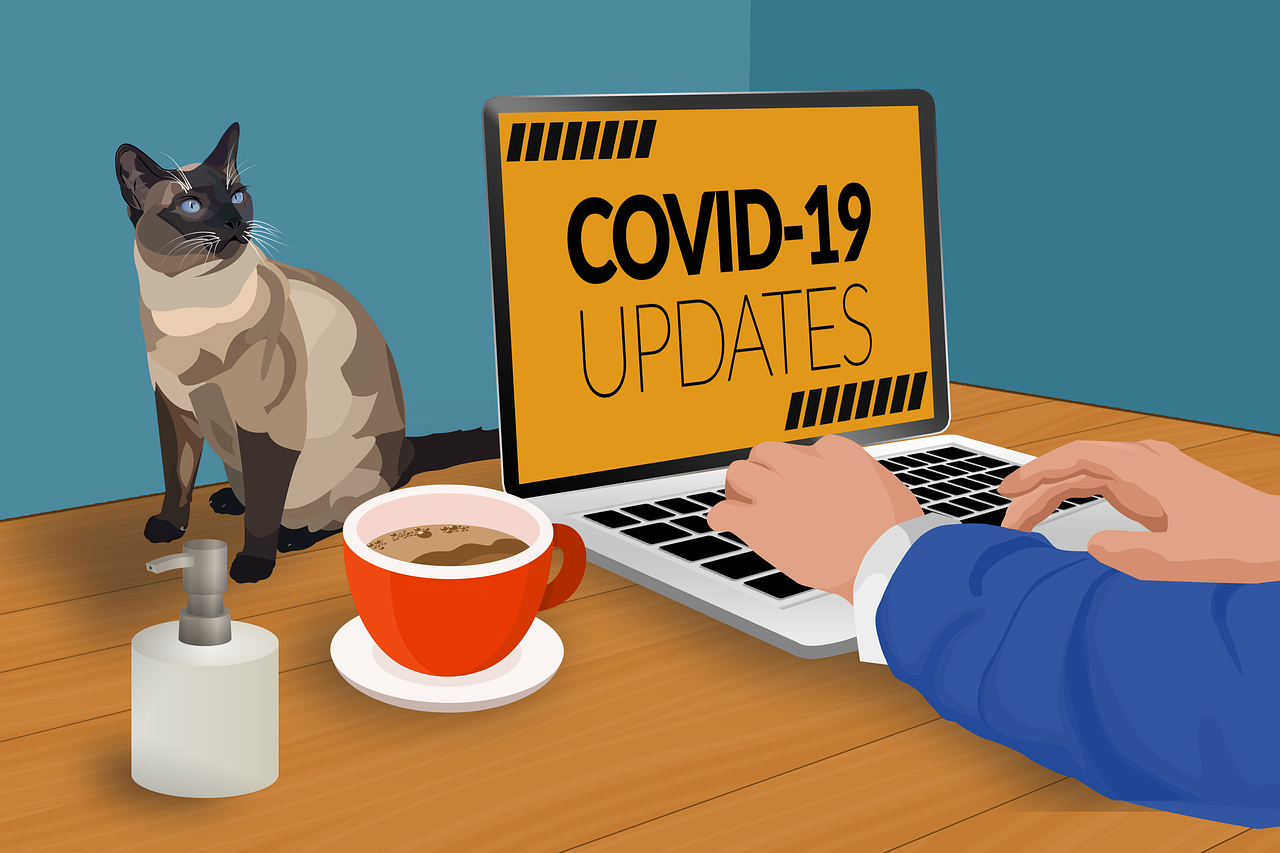 Australia’s COVID-19 epidemic should be treated like a bushfire, say two Melbourne epidemiologists: small right now, but unpredictable and dangerous.

Dr Kathryn Snow and Professor James McCaw, infectious diseases epidemiologists at the University of Melbourne, told a briefing this morning that Australia’s low case numbers were masking the continuing threat, and that lifting social restrictions risked unleashing an out-of-control epidemic.

“Some are seeing that the numbers have come down a lot and think it’s under control and we’re out of the woods,” she said. “But there is a huge element of luck – any epidemic is a random, unpredictable process like a bushfire.

“Even with our restrictions in place we could see a large outbreak, as we’re seeing in Tasmania. There are a lot of networks we can’t break up … [Number are low] but if COVID-19 gets into a prison it will change very rapidly.”

While the effective reproductive number in each state (the average number of new cases for each existing case, accounting for susceptibility rates) was now below the crucial threshold of 1, she said, “it could still go up even if we don’t ease restrictions”.

Professor McCaw, who through the Doherty Institute is one of the lead modellers advising the government, stressed that the reason numbers were now low was because of control measures, not because the virus had run its course.

“If we relax our restrictions we’ll see a surge in cases the same, if not worse, than we saw in late February-early March.

“At the moment we have spot fires, but they have a habit of surprising you.”

Elective surgery had been the first restriction lifted, they said, both because hospitals had not been overwhelmed and because the medical implications of delayed surgery were serious and had to be weighed against transmission risks.

The last restrictions likely to be lifted, Dr Snow said, were international travel and mass gatherings.

Both summarily dismissed the argument of numerous commentators that the economic costs of the lockdown are disproportionate to the health benefits, and the notion that one could be simply weighed against the other.

An unmitigated epidemic would be “absolutely catastrophic in health and economic terms”, Dr Snow said, adding that some economic costs, such as unemployment, could be mitigated through increased welfare.

“Those measures are incredibly costly but so is an overrun ICU,” she said. “Emergency care is very expensive to governments, so allowing them to be overwhelmed or just fill up would have tremendous cost to government.

“This is going to have huge impacts on our economy, no matter what we do.”

She said the situation was fragile, especially in remote and regional centres with small health systems, and extra care needed to be taken not to import cases into those areas.

Both scientists also dismissed the argument that younger generations were sacrificing everything for the old.

Professor McCaw added that you only had to look at ICUs in worse-hit countries – which were full of people aged 30-50 – to see that it was a myth that this was a problem only for old people.

Any increased mixing in the population would result in increased transmission, Professor McCaw said. Unfortunately, we don’t know by how much – “We don’t know how important each individual mixing opportunity is … we don’t even know it for influenza”.

Non-COVID physical and mental health issues were delicate and unpredictable and therefore impossible to model, but needed to be measured, he said.

Asked whether the government’s three goals – massively increased testing, tracing and local response capacity – would permit a return to normality without letting the virus rip, he gave an enthusiastic yes, but then added that we don’t know by how much.

Dr Snow was more qualified, saying the idea that if we tested enough we could go back to normal was “in no way realistic”.

“We definitely need to improve testing capacity, but there will still be people who won’t get a test,” she said. “So we still need enough restrictions in place that when someone has it and isn’t aware, they are not going to a conference with 3000 people or to a wedding where they’re kissing lots of people, or an open plan office.

“There’s no surveillance system in the world that picks up every single case.

“We will still need other risk mitigation in place, and for this virus that means social distancing until we have a vaccine.”

Asked whether complete eradication was feasible and a good thing to aim for, Professor McCaw said there was a chance the virus could be eliminated if we held down restrictions and kept the borders closed, though it might take “an incredibly long time”.

And then, given it was certain to be reintroduced, and mitigation measures would have to be reinstated, that strategy was little different from a strong suppression strategy.

“The surveillance systems you need are very similar and the need to still modulate your activity and respond again is quite high,” he said. “So it’s not a magic solution.”