Why quitting is harder than it needs to be 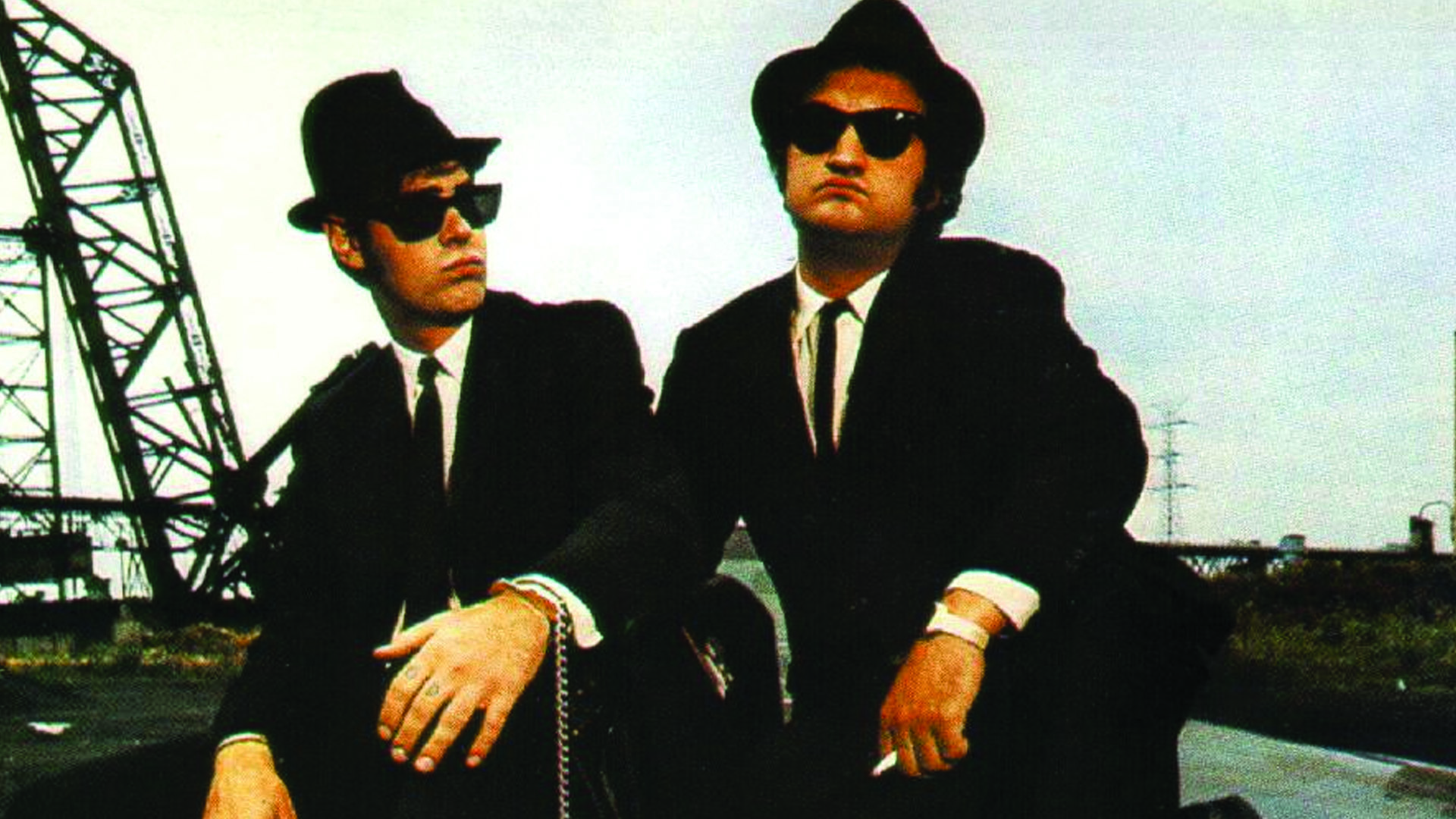 Recently, one of my favourite movies of all times, The Blues Brothers, was shown on the big screen again. It was fascinating to see changes in society since 1980. Phone calls were made from a phone booth, as there were no mobiles. With no internet, the brothers, Jake and Elwood, literally drove around searching for a gig.

Another sign of changed times is when Elwood asks Jake whether the car he is driving is to be the new “Blues mobile”, to which Jake answers: “Fix the cigarette lighter”. Jake had previously lit a cigarette and thrown the lighter out the window.

Through the movie some characters smoke. According to current views about such depictions normalising smoking, I should have left the cinema and immediately started a two-pack a day habit. Miraculously I did not.

That smoking is not healthy is a given, and quitting is a good idea. Smoking rates have declined sharply since the late 1950s when over half the adult population smoked. Today in Australia less than 15% of adults smoke, with some estimates suggesting as few as 5% of teenagers have a habit.

How has this happened? You may be surprised at the answer.

A review of more than 600 papers on stopping smoking showed that the most effective way to quit smoking was to simply throw away the pack. Around 70% of smokers quit unaided. Not always the first time, but they get there. Since the 1960s, 90% of those who have quit did so by going cold turkey.1

The reviewers noted that, “paradoxically the tobacco-control community treats this information as if it was somehow irresponsible or subversive”. “Smoking cessation is becoming pathologised, a development that risks distortion of public awareness of how most smokers quit to the benefit of the pharmaceutical industry”, they wrote.

It is fair to say that smokers quitting “cold turkey” does not make money for anyone. In particular, there would be no government funding for programs or promotions if people could quit without them. And yes, some people do benefit from assistance.

Further, some stop-smoking medications can have significant side-effects. In the US, there is a class action over one of these due to its possible link to suicide.

You might think that any new way to help smokers quit would be welcome, but sadly, you would be wrong, with the TGA announcing it will continue to ban e-cigarettes used for vaping.

In these devices, liquid is placed into a closed cylinder, allowing it to be “vaped”. There is virtually no passive smoke. E-cigarettes can contain nicotine, but not all do.

Relatively cheap and side-effect free, they can help smokers quit. It is critical to note that while cigarettes are carcinogenic, nicotine by itself is not.  Researchers at Roswell Park Cancer Institute found that among smokers who switched to e-cigarettes, nicotine exposure remained the same, while exposure to specific carcinogens and toxicants was reduced.

An independent scientific review commissioned by Public Health England, an agency of the UK Ministry of Health, found e-cigarettes to be 95% less harmful than regular cigarettes.2  The estimate is based on the facts that: the constituents of cigarette smoke that harm health, including carcinogens, are either absent in e-cigarette vapour or, if present, they are mostly at levels much below 5% of smoking doses (mostly below 1% and far below safety limits for occupational exposure) and that the main chemicals present in e-cigarettes only have not been associated with any serious risk.

Not surprisingly, many who have quit regular cigarettes are passionate about e-cigarettes. The UK review also found that 44.8% of people were unaware that vaping was less harmful than smoking.

Medical News Today quoted the head of the review, Professor Ann McNeill of Kings College London, as saying: “There is no evidence that e-cigarettes are undermining England’s falling smoking rates. Instead the evidence consistently finds that e-cigarettes are another tool for stopping smoking, and, in my view, smokers should try vaping and vapers should stop smoking entirely.”

Like all findings, the 95% less harmful finding has been criticised by those opposed to the use of e-cigarettes. Yet even if we halved the 95% figure, it would still represent a significantly better option than regular cigarettes.

Researchers from University College London found, “e-cigarettes appear to be helping a significant number of smokers to stop who would not have done otherwise – not as many as some e-cigarette enthusiasts claim, but a substantial number”.3

New Zealand is taking a different path to Australia. The Kiwi government has announced that the sale of nicotine e-cigarettes and e-liquid will be made legal with appropriate controls. They will only be sold to those over 18 years; will be banned in workplaces and other places where smoking is banned and advertising will be restricted to limit the attraction to non-smokers.

NZ’s Associate Health Minister, Nicky Wagner, said in a media release: “Scientific evidence on the safety of e-cigarettes is still developing, but there’s general consensus that vaping is much less harmful than smoking”.  The release noted that public consultation showed a strong appetite for change and further quoted the minister: “This is an opportunity to see if restricted access to e-cigarettes and e-liquid can help lower our smoking rates, reduce harm and save lives”.

Meanwhile, the current situation in Australia is that you can legally buy regular cigarettes, but not something that may be up to 95% less harmful and may help you quit entirely.

Why is the public health lobby so against them? One argument is that they lead people into smoking. The University College London team found: “Regular use of e-cigarettes by never smokers is extremely rare, and the decline in smoking prevalence in young people has been as great or greater than in previous years”.

A survey of American teenagers found two out of three who reported vaping were using flavor-only, non-nicotine liquids. The National Institute on Drug Abuses 2015 Monitoring the Future survey concluded that the spike in e-cigarette use among teens did not represent an epidemic of new nicotine use in that age group. As an aside, even many adults prefer “juvenile” flavours when vaping.4

Some make the claim that the use of e-cigarettes in teens “normalises” smoking. However, it is not assumed that getting children to drink water from a glass normalises alcohol consumption, even though both liquids are consumed from a glass. 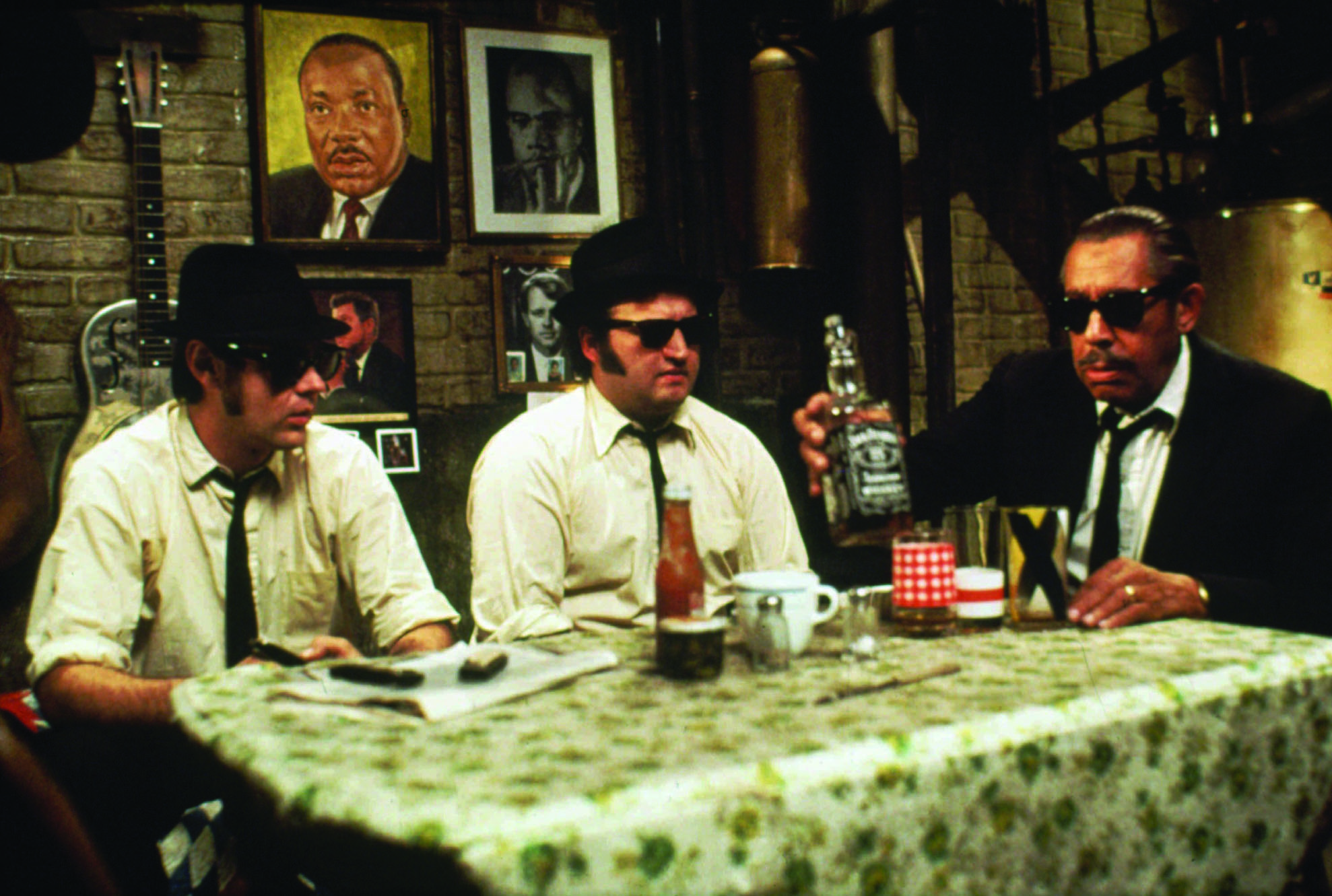 Prohibition has never worked anywhere it has been tried

Another objection to vaping is that tobacco manufacturers have moved into this space. Some see banning e-cigarettes as a sort of victory over big tobacco.

This may well create some warm, fuzzy feeling if you live in an inner-city area where smoking rates are 13%. Yet once you move outside the latte-sipping parts of big cities things are a bit different. Smoking rates in inner regional areas are 16.7% and in outer regional and remote areas they are 20.9%.

If we drill deeper, we find that 40% of Indigenous Australians smoke, as do 46% of single mothers, more than 70% of prisoners and 90% of homeless people sleeping on the street.

These people have different priorities, and arguably a different world view, to middle-class academics. They are not interested in the moral arguments about big tobacco and are not necessarily plugged into the medical model of quitting.

The other group where the smoking rate remains high is in those with mental-health problems. Some 90% of people with schizophrenia smoke, in part because rightly or wrongly, nicotine (which is a psychoactive substance) can alleviate some of their symptoms. It has also been postulated that smoking may offset adverse effects of psychiatric medications.

It is interesting to contrast our approach to harm reduction in illicit drug use with smoking. The methadone program does not get people off narcotics, it changes the form of delivery and how it is administered. People who want to get completely off narcotics need to go to a residential program, which is rarely government funded, or go cold turkey.

Yet with cigarettes our approach is total cessation. The notion of reducing harm by changing delivery mechanism is rejected by the same public-health lobby that champions harm-reduction in the case of illicit drugs.

In the US, the public are voting with their feet. Smokers with chronic illness (especially smoking-related illness) are the people most likely to use e-cigarettes.

‘This should tell us something.

Some vaping supporters have expressed a more cynical view about the opposition.  As e-cigarette use is self-initiated, it threatens the whole stop smoking industry and its funding.  There is also a view that government reliance on tobacco excise also makes it less than keen.

Surely it should be no harder for people to access e-cigarettes than regular ones!

Keep in mind many smokers, for the reasons outlined above, are not regular users of medical services, so the ability to switch to e-cigarettes where they buy their cigarettes is simple harm reduction.

And before you all scream, it is, of course, the case that there is no guarantee all smokers will choose to quit regular cigarettes and switch to vaping. But if the option is available, some will. In the UK, bus-stop signs promote switching from regular cigarettes to e-cigarettes. We don’t need to go this far.

Maybe the name e-cigarette is the problem, being too close to cigarette.

You will form your own opinions on why those who want people to quit smoking continue to oppose what is shaping up as the most useful aid for those who want to stop, or need help to do so.

It seems to me that ideology has overtaken science as the driving factor in our approach. Being opposed to tobacco companies is not the same thing as being supportive of people wanting to quit smoking.  If we are more interested in scoring points against certain companies than in focusing on what the science tells us, then we have become ideologues not scientists.

If you take three giant steps back and look at the market for cigarettes worldwide, you’ll see it is declining. Any company reliant on cigarette sales for profits in the next 20 years would need to look elsewhere, or face going out of business.

It is hardly surprising, then, that tobacco companies would move into this space. There are two ways of viewing this. One is the evil-empire view, and in fairness to those who see things this way, the tobacco industry is well deserving of its bad reputation.

John Belushi, who played Jake in The Blues Brothers, died (way too young) from an overdose of cocaine.  It wasn’t the cigarettes that got him.   At the risk of stating the obvious, laws banning use of cocaine (or other illicit drugs) has not stopped their use. Indeed, prohibition has never worked anywhere it has been tried.

So while public health congratulates itself, people can buy e-cigarettes online anyway, just not locally.  Banning e-cigarettes will also not stop their use. But it will make it harder for those disadvantaged people who could benefit the most.

Ultimately, quitting smoking has been made harder than it needs to be, and unduly medicalised. Banning e-cigarettes seeks to deprive smokers of a very useful option, which is safer, and as, or more, effective than some existing stop smoking aids.

Throwing away the packet has been conclusively shown to be the best way to quit smoking. To paraphrase former US president Barack Obama, “Yes, one can”.

Dr Joe Kosterich is a general practitioner based in Perth. You can read more at www.drjoetoday.com