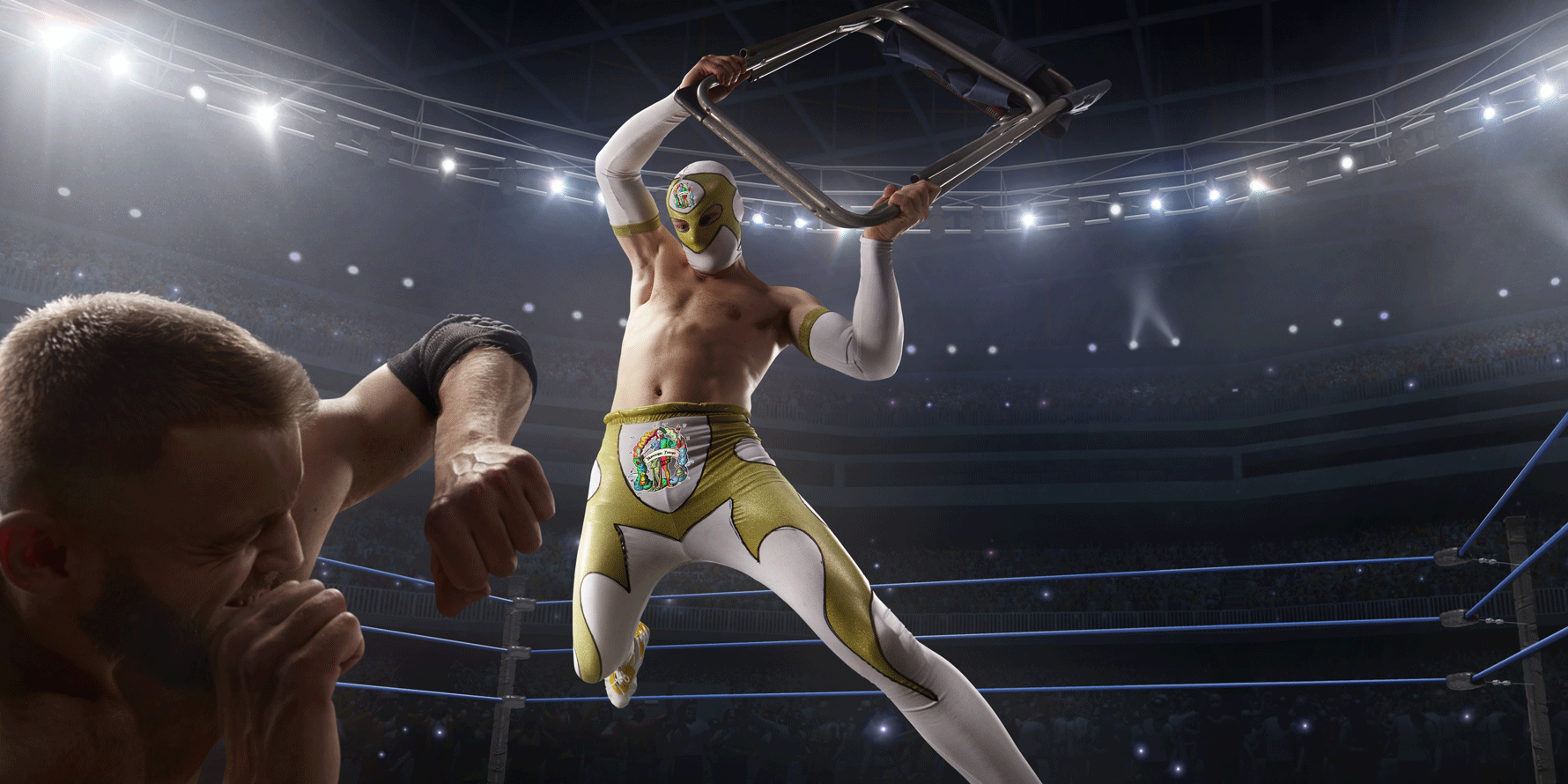 The confused handover to college training has resulted in at least one inappropriate placement.

A registrar has accidentally been sent to the WrestleMania training camp instead of a general practice, it has emerged.

“I was a little bit nervous,” Dr Tim Malone told TMR. “It was my first time in general practice and I really didn’t know what to expect.

“There’d been a lot of talk about the placement system because the college had only recently taken over training and a lot of things were still up in the air. Some of the registrars in my year had been sent to remote and rural practices which were miles away from their first-choice preference.

“When I got to my new practice, someone called The Major handed me a gimp mask and forced me to do press-ups until I was sick. He then pushed me into a ring and started gouging at my eyes. I was on all fours groping around trying to find my glasses when he must have thrown himself at me from the top rope.”

Dr Malone later woke up in hospital. The mix-up only came to light when Hank Evans, who goes by the ring name Razzle-Dazzle, turned up at the McLellan General Practice in Melbourne wearing a pink leotard and matching cowboy hat.

“It was all very civilised,” Evans told TMR. “We had tea and biscuits and my trainer offered to sit in with me.

“We went into a small room and my opponent came in. He looked a little intimidated, to be honest, and he started whimpering something about blood pressure tablets so I seized him in a head lock and started pounding his forehead on the keyboard.

“He was still refusing to tap out so I grabbed a chair and smashed it on to his face. Strangely it didn’t splinter like they normally do, it just sort of bent round his head.

“I thought the trainer would be pleased but she wasn’t, she was screaming and tea and biscuits were everywhere.”