Trade deal with Europe could keep medicine prices too high 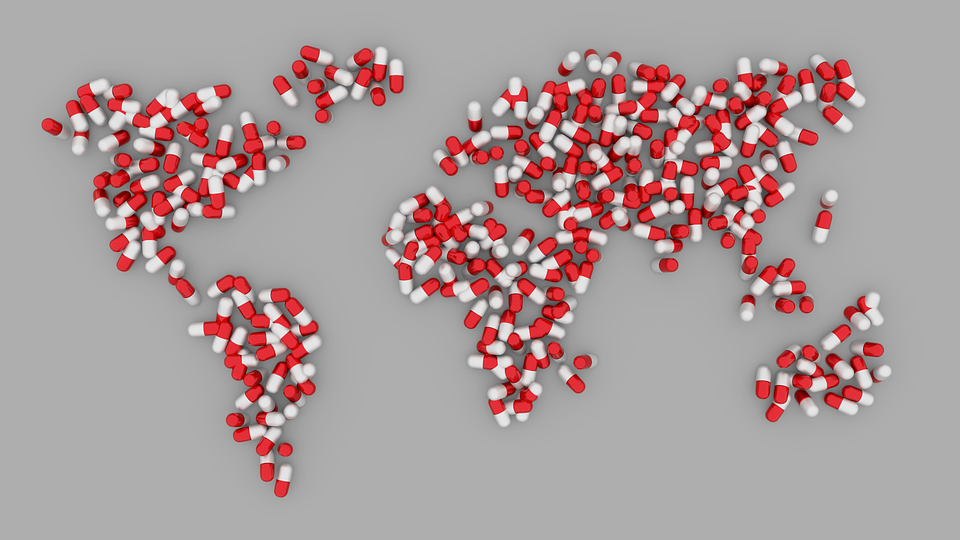 The United States’ withdrawal from the Trans Pacific Partnership and the recent US-China tariff wars have flamed concerns that international trade is becoming unstable.

Trade talks between Australia and the European Union – Australia’s second-largest trading partner – launched in June this year to much fanfare. They’re being promoted as a way to overcome some of the international uncertainty around trade.

But negotiating with the EU means Australia faces pressure once again to extend monopoly protection for foreign pharmaceutical companies. This could mean taxpayers end up paying high prices for medicines for longer.

The EU appears to be asking Australia to agree to extend patent terms, at least for some drugs, although it’s not yet clear for how long. This could mean Australia, through the Pharmaceutical Benefits Scheme (PBS), pays for more expensive brand-name pharmaceuticals for longer periods before cheaper, generic versions become available.

Read more: Health Check: how do generic medicines compare with the big brands?

The EU’s push is driven by claims that its pharmaceutical firms need longer periods of monopoly in countries like Australia to recoup the costs of developing new drugs before a competitor enters the market.

But the argument doesn’t stand up to scrutiny. Two independent Australian reviews from 2013 and 2016 found no evidence monopolies needed to be extended to recoup development costs. In fact, the reviews found some evidence for reducing pharmaceutical monopolies in Australia.

Evidence shows that extending monopolies can increase costs to taxpayers.

A 2011 study examined similar EU demands on Canada. It found generics would be delayed by 3.46 years on average, with an annual loss of C$811 million for every year of delayed generic entry. This would result in an additional C$2.8 billion in costs to taxpayers per year.

The EU demands for Australia include longer monopoly terms for medicines where clinical trials have been done with children. These demands would likely place further pressure on the costs of pharmaceuticals in Australia.

An independent 2012-13 review of Australia’s pharmaceutical patent system found taxpayers would save A$244 million a year by reducing existing patent term extensions.

Another concerning EU proposal is for Australia to lengthen monopolies on clinical trial data, known as “data exclusivity”. This is a separate monopoly to a patent and can apply whether or not there is a valid patent on a medicine, and cannot be challenged in court.

During the period of data exclusivity, generic manufacturers can’t rely on the clinical trial data demonstrating the safety and efficacy of the original drug to gain marketing approval for their generic version.

The problem is that it is not only expensive for generic companies to duplicate the trials, it’s also unethical to conduct placebo trials when the outcome is known.

So the EU push for Australia to increase its current period of data exclusivity for medicines from five to eight years (plus an additional two to three years before generics can be placed on the market) will be particularly controversial.

The result is a likely delay to the market entry of generics.

Read more: How trade agreements are locking in a broken patent system

An Oxfam study in Jordan found data exclusivity contributed to “significant delays” in generic entry of 79% of medicines examined. These delays result in paying high prices for longer.

High price for ‘biologics’ without ‘biosimilars’

“Biologics” are newer and often more expensive medicines produced through biological processes and include treatments for cancer and rheumatoid arthritis. The EU’s definition of medicinal products seems to include biologics so they would be subject to the same expanded monopoly protection.

Read more: Explainer: what are biologics and biosimilars?

The complexity of biologics and the way they are made means generics (exact copies) are not possible, but “biosimilars”, which have the same effects in the body, can often be made. Delays in access to less expensive biosimilars could mean a greater proportion of Australia’s health funding is siphoned off to buy costly medicines, leaving fewer resources for other key health needs.

Our study of the cost of biologic drugs in Australia found taxpayers spent more than A$2 billion through the PBS in the year 2015-2016 alone. We also found PBS spending on biologics could be reduced by as much as 24% through the timely availability of biosimilars.

Fortunately, Australia and remaining TPP parties agreed to suspend data exclusivity provisions in the final TPP negotiations after the US withdrew from the agreement.

The task now is for Australia to hold out on extending pharmaceutical monopolies in trade talks with the EU. The economic evidence is on our side, and the stakes too high.

Belinda Townsend is a member of the People’s Health Movement and the Public Health Association of Australia. She has received funding from national and international non-government (not-for-profit) organisations to attend speaking engagements related to trade agreements and health. She has represented the Public Health Association of Australia on matters relating to trade and health.

Deborah Gleeson has received research funding in the past from the Australian Research Council. She has received funding from various national and international non-government (not-for-profit) organisations to attend speaking engagements and undertake consultancy projects related to trade agreements and health. She has represented the Public Health Association of Australia on matters related to trade agreements and public health.

Hazel Moir does not work for, consult, own shares in or receive funding from any company or organisation that would benefit from this article, and has disclosed no relevant affiliations beyond their academic appointment.