Time to speak up on alcohol in pregnancy 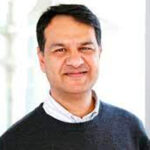 The medical profession has a duty to inform women about the risks of FASD, which are still poorly understood.

The damage to the brain from alcohol exposure during pregnancy lasts throughout a person’s life.

The medical profession has an obligation to inform women of the potential impact of alcohol consumption for their baby. Avoiding alcohol in pregnancy is the best approach while trying to conceive, during pregnancy and breastfeeding.

Our responsibility is to inform women of the potential impact alcohol can have on their baby, while always respecting their autonomy, and right to choose.

The data shows that more needs to be done by the medical profession and the community to increase awareness of the risks of drinking alcohol during pregnancy.

A recent study found that more than one in four Australian women (29 per cent) who are pregnant, planning a pregnancy, or are considering having a baby are unaware that drinking alcohol during pregnancy could cause FASD, despite it being the leading non-genetic developmental disability in Australia.

It also found that almost half (51 per cent) of the women surveyed were not?aware that alcohol use could cause harm even in the first few weeks after conception, while more than two thirds (69 per cent) didn’t know that alcohol freely crosses the placenta to the developing baby.

Our understanding of FASD is still improving, but it has been a slow process. There is currently no national data on FASD prevalence. The exact number of Australians affected by FASD is unknown because FASD has been under-recognised and under-diagnosed in Australia. The National FASD Action Plan says as many as two per cent of Australian babies may be born with FASD, but some experts put it at a higher rate.

The evidence is growing, and health experts are now better informed. That’s why Australia’s leading body on health and medical research, the National Health and Medical Research Council, advise that women who are pregnant and planning pregnancy should not drink alcohol.

Last year, a campaign was launched by the Foundation for Alcohol Research and Education that was endorsed by the Australian Government which highlights that every moment matters in pregnancy when it comes to drinking alcohol, starting from the moment a person tries to become pregnant.

It needs a community effort to deliver the message and respectfully encourage women in their decision to achieve an alcohol-free pregnancy.

But it starts with healthcare professionals because the community looks to us for guidance. That is why our advice should be clear: the moment you start trying for a baby is the moment to stop drinking.

Dr Vijay Roach is immediate past president of the Royal Australian and New Zealand College of Obstetricians and Gynaecologists.

Where to learn more

Political TheHill Women Abortion is legal, but still a mountain to climb