As people flock to the nation’s beaches for a socially distanced frolic this summer, they’re likely to tread on a variety of things they shouldn’t: dropped ice creams, dog faeces, perhaps some threatened plant-life growing along the edge of the track.

They may even stomp on a sea urchin, if both they and the echinoderm are unlucky.

While being impaled by sea urchin spines can reportedly cause “immediate, incapacitating burning pain”, we’re not here to give you anything so useful as an article on how to recognise and treat a sea urchin wound for a patient.

Instead TMR’s marine biology graduate is here putting that degree to good use with a flimsy excuse to show you sea urchins wearing tiny hats.

In a year filled with fires, a pandemic, and news on Pete Evans, this light-hearted offering is courtesy of American “aquarium enthusiast” Wilson Souza who decided to play milliner to his marine life. 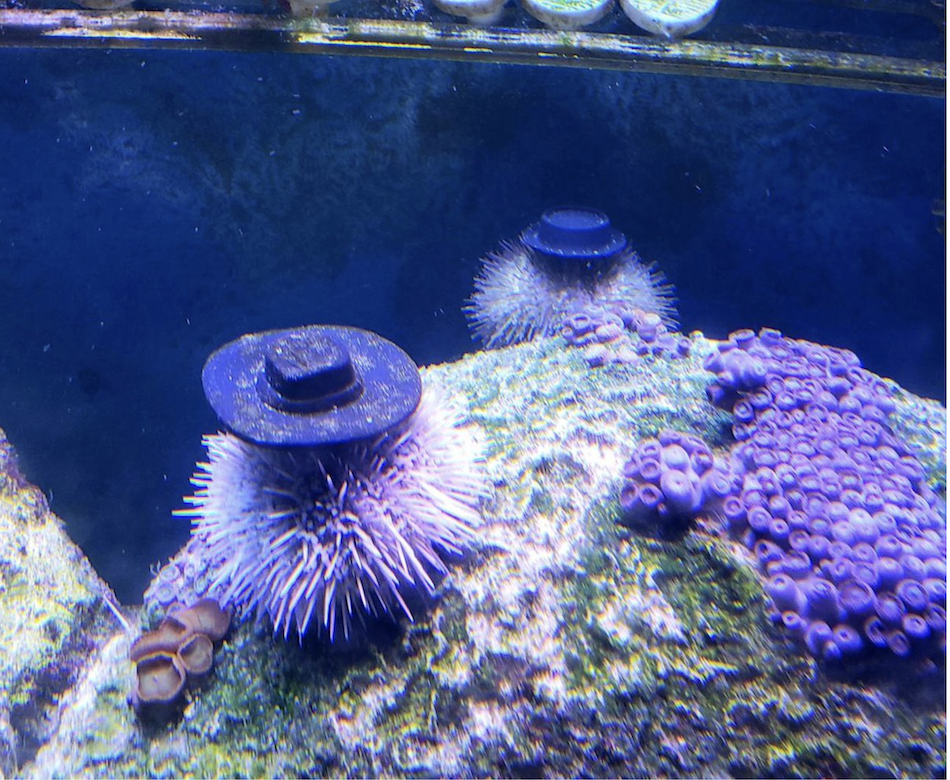 Many species of sea urchin use small rocks, shells, and other oceanic debris to cover themselves – picking up the objects using little appendages called “tube feet” that can stretch out past their spines to grasp things, turn themselves upright if they get flipped over, and even function in the place of eyes.

Researchers think the mostly stationary creatures might do this to protect themselves from predators (don’t worry, they have other tricks* too).

The considerate Souza had noticed this collecting behaviour in his charges and decided to start 3D-printing a variety of hats for them to shuffle under: including cowboy hats, top hats and even crowns. 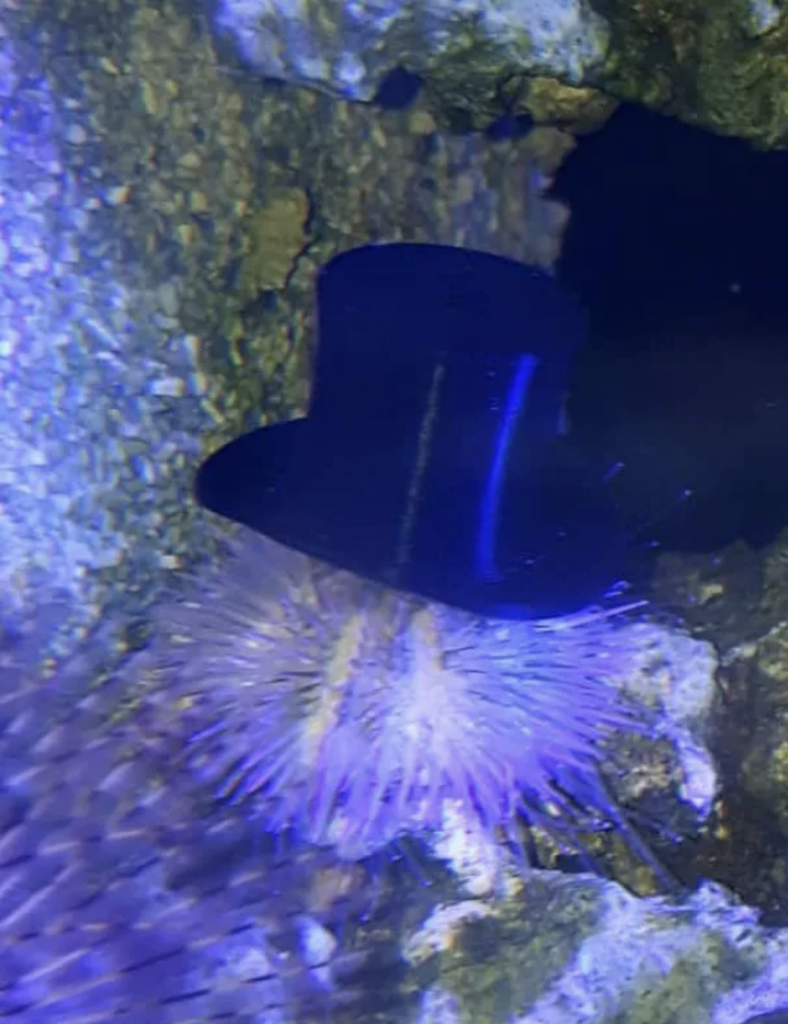 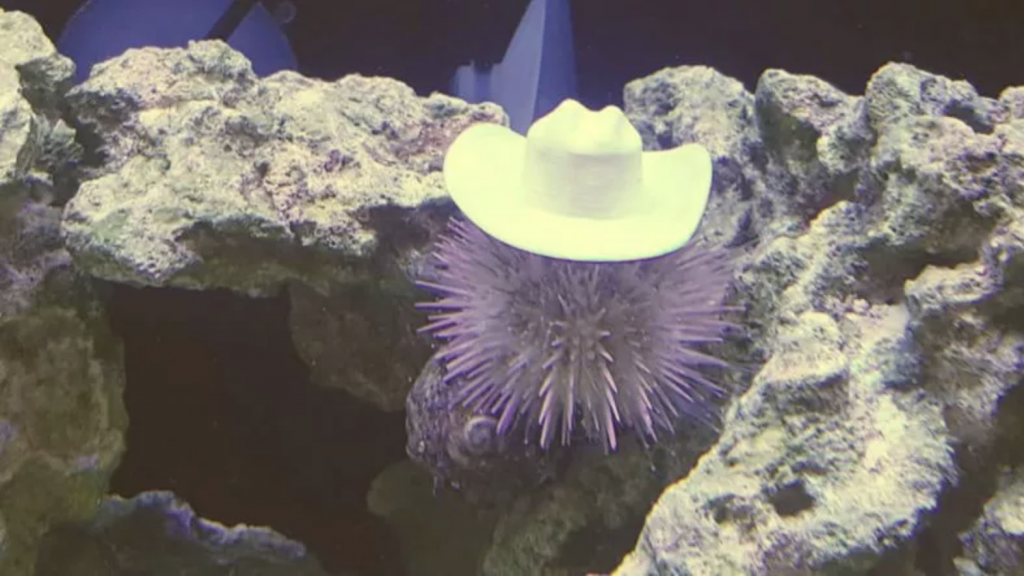 Fellow aquarium aficionados soon began sending headwear requests after he posted about the venture in an online forum.

So, he began printing and shipping hats to them at-cost “for the pleasure of having other people enjoy the experience too”. 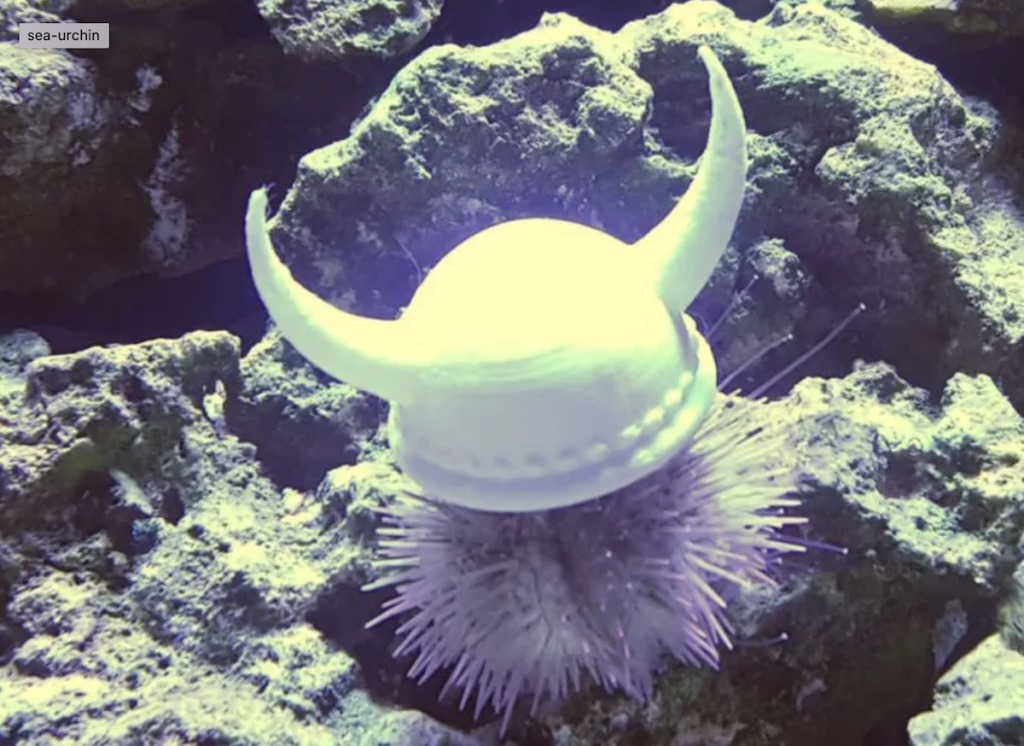 Sadly, it appears he is yet to offer a boater (sorry).

*As these Australian scientists told the SMH, if the camouflaging debris used by collector sea urchins is disturbed, they can release a cloud of tiny “jaws” into the water to bite and envenomate the attacker. So best to admire them from afar.

The Back Page Thinking to forget

The Back Page Gimme the money, or I’ll sneeze