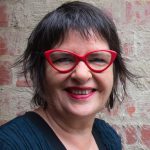 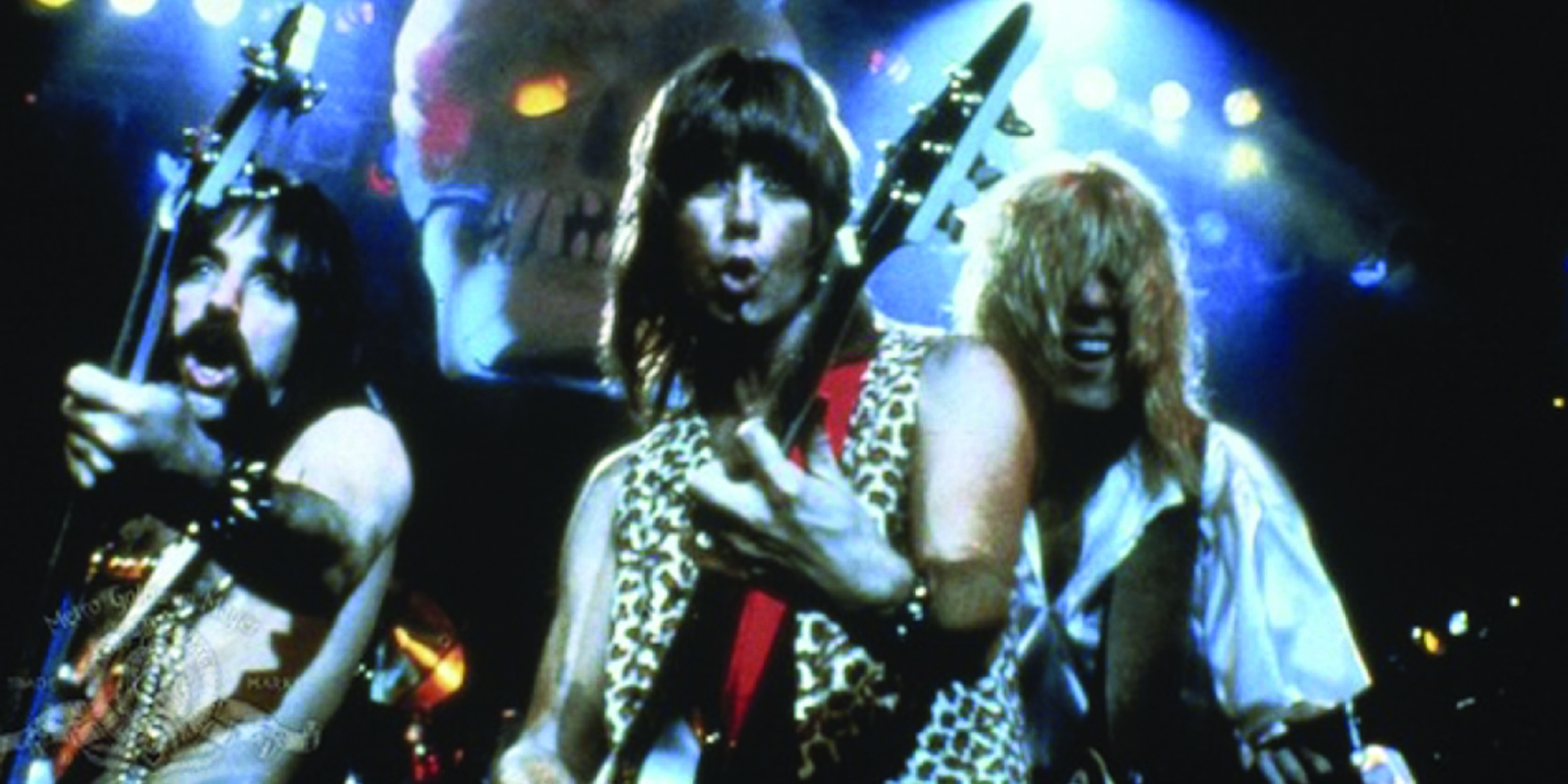 General practitioners are often the first point of call for patients with sound intolerances such as misophonia, hyperacusis, acoustic shock disorder and tonic tensor tympani syndrome

In this article we look at the key features of four sound intolerances, how these conditions develop and affect patients, and the strategies which are available for their management and treatment.

Misophonia is an involuntary, aversive response to specific sounds generally made by other people, irrespective of their volume. It may develop when those sounds become subconsciously perceived as an intolerable intrusion into a person’s sense of personal space.

Online forums in recent years have raised awareness of misophonia in reaction to eating, breathing, sniffing et cetera. That is, sounds made by others.

An aversive reaction towards specific environmental sounds such as dogs barking, noise from a nearby factory, wind turbines can also be categorised as misophonia.

Exposure to these sounds causes high levels of anger or rage.  When the triggers are eating, breathing, sniffing sounds and so forth, exposure can also result in high levels of disgust.

The intensity of these reactions is disproportionate and difficult to control.

Misophonia is not listed in the current DSM-IV TR or ICD-10 systems, but is being investigated with regard to classification as a discrete psychiatric disorder, overlapping with many features of obsessive compulsive disorder.1

Hyperacusis is an abnormal intolerance, a heightened sense of volume, and physical discomfort from exposure to sounds. These are typically loud and/or impact sounds, particularly if unexpected, in close proximity and of high frequency.

While there is a neurological basis to hyperacusis, it is largely the consequence of a subconscious sense of threat from those sounds, often due to anxiety they may cause pain, damage or exacerbate pre-existing aural symptoms, such as tinnitus or hearing loss.

Hyperacusis and misophonia can occur concurrently, however, the nature of the reaction and threat posed by intolerable sounds is different and so they are separate conditions.

What causes misophonia and hyperacusis?

Misophonia often stems from an aversive reaction to certain sounds made by family members in childhood or teenage years. The average age of onset for misophonia is 12 years.1 At this age, children are in the process of individuating from their family, yet share a domestic space so they can often feel powerless to avoid these sounds.

Hyperacusis can develop with a number of conditions affecting the auditory pathway:

• A sudden change in hearing. A sensorineural hearing loss results in recruitment where a distorted perception of the growth of loudness occurs and as a result loud sounds are heard with a more grating and jarring quality

How does hyperacusis develop?

When hyperacusis develops, loud/impact sounds begin to appear unnaturally prominent and increasingly louder. Following exposure to these sounds, a temporary increase in tinnitus (if present) may be noticed, and escalating sensations in the ear consistent with tonic tensor tympani syndrome may develop, such as aural pain, muffled hearing or aural fullness.

As a result, people may believe that their ears/hearing have been damaged by these sounds and they are no longer physically able to tolerate them.

This reaction can generalise and escalate to include more sounds due to auditory hypervigilance and anxiety.

How does misophonia develop?

This reaction can also generalise to include more trigger sounds due to hypervigilance and escalating anxiety about the emotional reaction following exposure to these sounds.

How does hyperacusis and misophonia affect people?

Hyperacusis and misophonia can range from mild to severe to extreme.

The world is noisy and sounds are both unavoidable and unpredictable. High levels of anxiety, panic and distress can develop from fear of being exposed to intolerable sounds. Avoidance behaviour and limited lifestyles are typical. In some people with hyperacusis their reactions are more buried and they are bewildered rather than overtly anxious.

For those with hyperacusis, exposure to intolerable sounds can hurt, triggering distress and suffering as well as anxiety with regard to discomfort and damage.

For those with misophonia, exposure to trigger sounds results in high levels of irritability, disgust, anger and rage.  Those affected can feel overwhelmed or embarrassed by the intensity of these emotions and fear their ability to control them, or resent being exposed to their trigger sounds.

In most adults and children with significant hyperacusis or misophonia, overt auditory hypervigilance is common, leading to constant environmental monitoring, cognitive distraction and reduced concentration. Frequent monitoring of tonic tensor tympani syndrome symptoms is common.

Hyperacusis,misophonia, acoustic shock disorder and tonic tensor tympani syndrome symptoms in and around the ear following exposure to intolerable sounds are involuntary and subjective.

Explaining such an abnormal reaction to sound to other people is difficult and patients with these syndromes can readily feel misunderstood, isolated or trivialised.

An acoustic shock is a strong startle and involuntary fright/psychological trauma reaction to a sudden, loud, unexpected sound near the ear leading to a characteristic cluster of involuntary, highly specific neurophysiological symptoms, as well as symptoms consistent with trauma and fright.3-12

The most dramatic and distressing of these symptoms is a sharp, severe, stabbing aural pain, typically described as like a knife or needle piercing the ear.

Acoustic shock was originally identified in call centre staff, who are vulnerable because of the increased likelihood of exposure near the ears to an acoustic incident transmitted via a telephone headset. 5-8, 10-12

However, acoustic incidents can occur anywhere and musicians are a particularly vulnerable group.

Earlier this year, viola player Chris Goldscheider won a landmark case for damages against the Royal Opera House in Britain’s High Court after developing acoustic shock. He was exposed to a blast of sound from an 18-strong brass section situated directly behind him during a rehearsal of Richard Wagner’s Die Walküre (The Valkyrie). He can no longer work or play his instrument due to hyperacusis.

The tensor tympani muscle is one of two muscles in the middle ear and contracts as part of a startle reflex. It is innervated by the motor division of the mandibular nerve (V3), a branch of the Vth cranial (trigeminal) nerve. The centrally-mediated threshold for tensor tympani muscle activity can become reduced, resulting in frequent or continual jerking or spasm. This can become an involuntary, persistent condition, known as tonic tensor tympani syndrome.13-15

This syndrome triggers a series of physiological reactions in and around the ear from tympanic membrane tension, alterations in middle ear ventilation and trigeminal nerve irritability.16

Symptoms can include: a stabbing aural pain; dull otalgia; aural fullness; pain/numbness/burning around the ear, along the cheek, side of the neck; muffled/distorted hearing; tympanic flutter; tinnitus, often with a rumbling or rhythmic quality; and mild vertigo.3,6, 17-24

The initial severe, sharp, stabbing pain typical of acoustic shock is considered to be due to excessive contractions of both middle ear muscles (stapedius and TT), with persistent symptoms consistent with tonic tensor tympani syndrome and consequent trigeminal nerve irritability.7,8

Tonic tensor tympani syndrome symptoms are not restricted to patients with a diagnosis of acoustic shock syndrome, with symptoms often seen in tinnitus patients and in most hyperacusis patients.3,4,16 Misophonia patients tend not to develop symptoms.

A lowered reflex threshold for tensor tympani muscle contraction appears to be activated as an involuntary “protective” response by the anticipation of, and exposure to, sounds (or other stimuli) subconsciously perceived as potentially damaging.

So while tonic tensor tympani syndrome symptoms can develop randomly, in acoustic shock/hyperacusis/tinnitus patients they are frequently triggered by, or aggravated by, exposure to intolerable sounds or other threatening stimuli.3,16

As tonic tensor tympani syndrome develops from the way intolerable sound is perceived in the brain, using strategies aimed at hyperacusis desensitisation will reduce symptoms. A multidisciplinary approach is most effective, case managed by an audiologist or psychologist with an understanding of these conditions.

The following approaches need to be considered in therapy and treatment.

• An explanation of the peripheral and central auditory pathway and discussions around the pathophysiology of these syndromes.

• Reassurance that tonic tensor tympani syndrome will not cause damage to the ears or hearing.

• Audiological testing can be highly threatening, should be done with care and kept to a minimum:

– Suprathreshold testing, including acoustic reflex testing and loudness discomfort testing, should be avoided

• The therapeutic use of sound according to Tinnitus Retraining Therapy protocol

– Tonic tensor tympani syndrome induced trigeminal nerve irritability can lead to severe persistent pain. This may be in the form of a chronic dull ache in and around the ear and/or a sharp stabbing aural pain, developing or increasing following exposure to intolerable sounds.

– Symptoms of numbness/burning in and around the ear are also consistent with trigeminal nerve irritation.

– Referral to a pain specialist or neurologist is recommended for those patients with chronic pain. Medications such as Endep of Lyrica can be trialled.

– A stellate ganglion block has been effective for temporary pain relief in one ASD patient, confirming sympathetic nervous system involvement, and further trials are being carried out.

– Physiotherapy to provide exercises to relax the facial muscles in and around the ear and guidance in locating muscle trigger points in the neck, shoulder and arm. These exercises plus gentle self-massage of trigger points are of benefit in reducing the intensity of the pain and in managing flare-ups.

• Surgery: The nerves and muscles in and around the ears are complex and interconnected, and we don’t yet understand how they may be contributing to tonic tensor tympani syndrome symptoms. Surgical cutting of the tensor tympani muscle or intratympanic botox injections have not been scientifically researched with regards to effectiveness in reducing or eliminating symptoms.

General practitioners are well placed to manage these syndromes as often, they are the first point of call for distressed patients.

Management of the symptoms, but also co-existing conditions such as anxiety, both from the condition and generalised, is an important aspect of therapy.

A multi-disciplinary approach with a competent audiologist and other allied health professionals, as appropriate, can vastly improve a patient’s quality of life.