Something is rotten in our training colleges 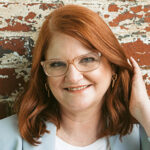 The ripples from the exam glitch are continuing to widen, with candidates only the worst affected group.

The events of the weekend disrupting the trajectories of over 100 psychiatry trainees highlights a systemic problem that lies within the ranks of our training colleges in Australia.

Given I am a fellow of the RANZCP, I can speak directly to the issues and the history that paved the way for the outcome. But I am aware the issues the RANZCP are facing are common to most medical colleges in Australia and New Zealand.

While the technical errors that closed down the practical exam component of the RANZCP training pathway were diabolical for the trainees themselves, the impact on workforce and delivery of best practice psychiatric care to the population of Australia is also high.

Almost 10 days later there appears no solution in sight, and with the mass resignation of the Trainee Representative Committee over the weekend, little hope is held for a solution that collaborates with those directly affected.

Often when organisations go through such crises, a careful analysis of solutions that may have worked in the past can guide future change. But when previous critical incidents are not reflected upon in any meaningful way, let alone allow progress to transpire as a consequence, these missed opportunity continue to arrest progress for years to come.

With the benefit of years of experience advocating for trainee wellbeing, I conceptualise this latest setback to be a bottleneck with a pandemic on top.

Indeed, bottlenecks are to be expected when a training committee changes the model of assessment, announces its delivery and fails to consult those who need to traverse the change, ironing out hurdles with bitter experience and consequences to their own pathways. We saw this with the introduction of the OCI (observed clinical interview) and OSCE (objective structured clinical examinations), as part of the new 2003 fellowship pathway. We didn’t have to contend with a pandemic at the same time, but nevertheless trainee distress was extreme. The threat back then was the Australian Medical Council, the only body that training colleges remain accountable to. A trainee survey at the time heralded a dire warning to RANZCP that unless significant changes were made to the welfare and progression of trainees, it would face losing accreditation. History will demonstrate that the crisis was averted, the 2003 pathway morphed into the 2012 pathway and for a while things seem to have reached a status quo.

The 2003-04 bottleneck occurred because only a finite number of trainees could be examined for the first rounds of the OSCEs, due to the structure of the round-robin style exam, but the OCIs had more flexibility when it came to capping numbers.

At one point it was determined that candidates who passed an OCI on one day would be notified and expected to board a plane at their own expense to grab a precious spot at an interstate OSCE site the following day. Last-minute airfare prices on top of college exam and training fees, and finding accommodation the night before a high-stakes exam, were small prices to pay for the opportunity to progress. Adding further insult to injury, the OCI and OSCE were “coupled” so success at both was also a requirement to progress. No amount of lobbying by myself and my contemporaries seemed to shift the dogmatic view that this was just the way it was going to be, and trainees who wanted to progress would do what they were told.

Not since the days of “ANZAPT” (Australian and New Zealand Association of Psychiatry Trainees) has there been a formidable force to advocate sincerely for psychiatry registrars, indeed those who represented the future of the RANZCP. ANZAPT sat outside the RANZCP, membership was optional but extremely valuable and spirited discussion was guaranteed at the regular state and federal meetings. I enjoyed the Victorian branch meetings held in Chapel St, Prahran immensely as a new trainee. I watched with dismay as ANZAPT was eaten and digested into what became the Trainee Representative Committee around 2004. It was a clear sign that the formidable force of ANZAPT was too much to bear, and a trainee organisation that sat within the RANZCP and its constitution was an easier beast to manage. The consequences of this are now seeing the light of day: an inability to disclose what is going on within the walls and ranks of the organisation led to a total loss of a committee that held all the corporate history and plans for the future for all psychiatrists in training.

The toll of delivering an examination system throughout a pandemic has been an immense challenge for all colleges in Australia and overseas. Often the focus is on the steps a college does or does not take  to try and keep the momentum of new graduates going while international borders are closed and our other workforce stream has halted. Little attention has been given to the price candidates have paid trying to juggle working from home, adapting to virtual study groups, increased on-call requirements and months of vacation delays. The least they deserve is some sort of reassurance and leadership that the college that trains them has their back and wants them to know their heroic efforts have not gone unnoticed.

I am extremely proud of the cohort of trainees following me. The have rallied together and supported each other in a way I have not seen before. We consultants have something to learn from them. And to ignore them would be at the college’s peril. Perhaps an implosion is on the cards for RANZCP. But amid the ashes, one thing should be embraced. Change. Change can often bring a better future, embracing it the key to a rebuild that is long overdue and could shape the future. Especially when there is little or nothing to learn from the past.