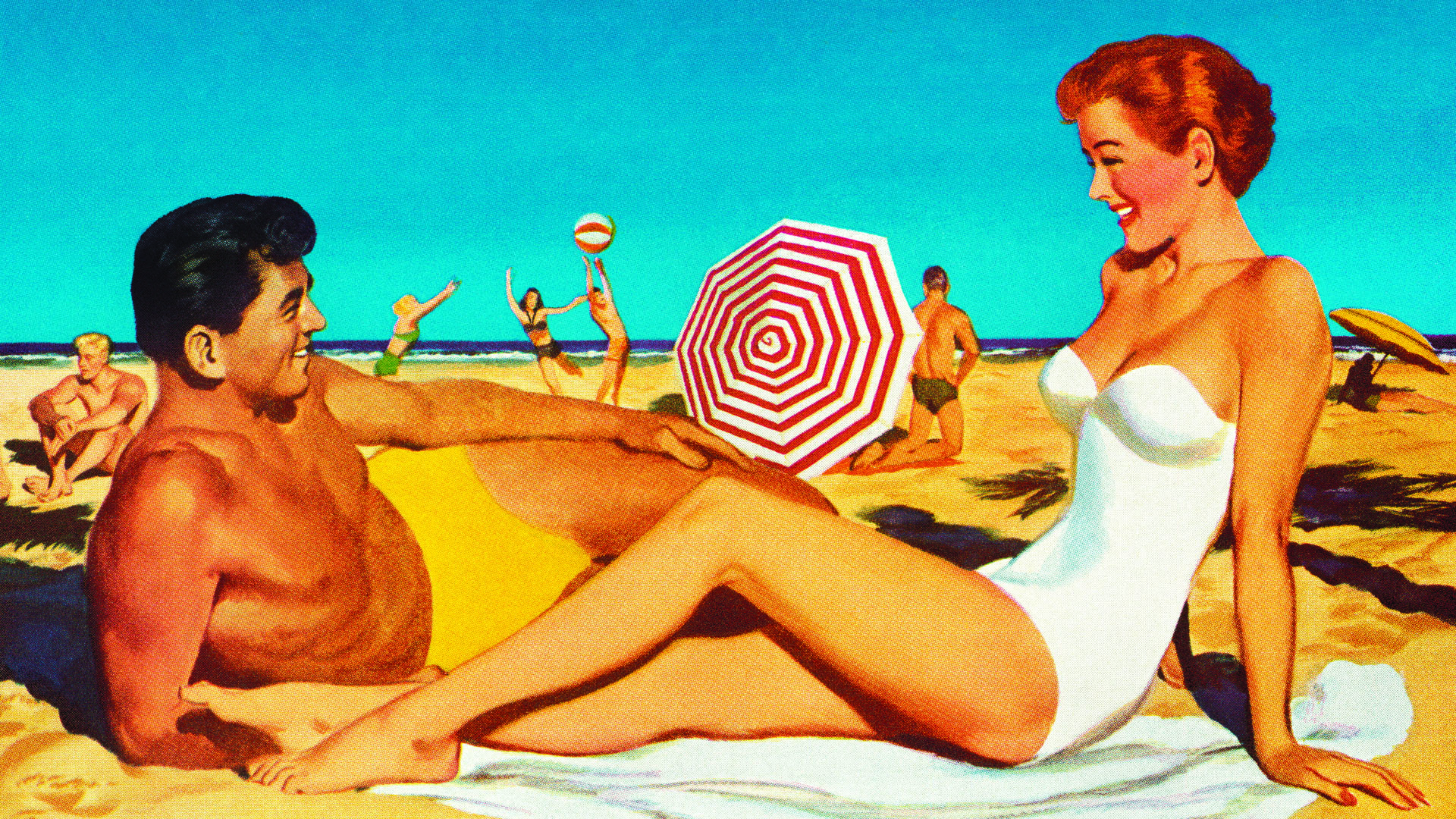 The prevalence of actinic keratoses is increasing sharply as the population ages, making early interventions crucial

Based on Medicare data, treatments for actinic keratoses increased by 160% between 1994 and 2012 and are expected to continue to increase a further 29% by 2020.

Actinic keratoses occur in areas subjected to chronic sun exposure, and are an indicator of cumulative UV-induced damage to the skin. It is widely agreed they are likely to represent the initial stages of a lesion that may progress to invasive squamous cell carcinoma, and are therefore the most commonly occurring skin lesions with malignant potential.

Currently it is not possible clinically or histopathologically to determine which particular actinic keratoses will progress to squamous cell carcinomas. There is also debate regarding the nature of this progression, with some arguing that an actinic keratosis should be considered a variant of squamous cell carcinoma in-situ, while others see it simply as a pre-cursor lesion.

Estimates of the risk of malignant transformation vary greatly, with one systematic review finding a risk range between 0% to 0.0075% per lesion per year, while other studies have estimated the risk of progression as between 0.3% to as high as 20%.

People who are immunosuppressed, such as organ transplant recipients and those with conditions resulting in an affected immune system (e.g. chronic lymphocytic leukaemia) are at increased risk of malignant transformation of actinic keratoses.

Approximately 20% of actinic keratoses spontaneously regress within a year, although a significant number of these will recur.  However, about 60% of invasive squamous cell carcinomas arise from pre-existing actinic keratosis, and therefore could have been prevented.

Most actinic keratoses will be diagnosed clinically. A history of chronic sun exposure in a fair skinned patient is typical, with elderly patients more likely to have multiple lesions. With chronic sun-exposure the trigger, these lesions will commonly arise on the face, ears, dorsal forearms, hands and lower legs. These areas also tend to exhibit a “field change” in which multiple lesions arise from a background of diffuse actinic change.

Of course, as a reflection of their chronic sun exposure, patients with actinic keratoses are also at risk of developing other cutaneous cancers such as basal cell carcinomas, melanomas and other rarer forms of skin cancer e.g. Merkel cell carcinomas.

In elderly males, a bald scalp is often severely affected and the décolletage in females is also a vulnerable area. The lesions often begin as small, rough spots that may be “felt” more easily than seen. They are sometimes described as having a sandpaper-like texture, though as time passes, they can enlarge and become erythematous, scaly papules or plaques.

Patients often report recurring scale they can sometimes pick off, but which reappears in the same location. Most lesions are under a centimetre in diameter but can occasionally enlarge to several times this size. Variants can occur eg. Bowenoid lesions, pigmented actinic keratoses or exaggerated hyperkeratosis forming a cutaneous horn.

Hypertrophic actinic keratoses are thicker lesions that can be difficult to distinguish from squamous cell carcinomas. Tenderness of the lesion on palpation may confer a higher risk of progression. Other red-flags are thickness, induration, nodularity and increased erythema.

Occasionally rosettes of four white dots in a follicle may be seen. In cases of diagnostic doubt, biopsy is warranted, and this may best be performed by a shave / curettage and cauterisation of the lesion under local anaesthetic. This may be a definitive treatment, or a punch biopsy may be required.

The histology of actinic keratosis is characterised by dysplasia and architectural disorder of the epidermis, with abnormal keratinocytes of the basal layer that are variable in size and shape. Altered cellular polarity, nuclear atypia, hyper- and para-keratosis of the epidermis and irregular acanthosis may also be present. Generally, hair follicles and adnexae are not involved.

Cryotherapy with liquid nitrogen:  This is probably the most common form of treatment for actinic keratoses in Australia. Accurate data from Medicare is limited to cryotherapy for over 10 lesions (Item 30192) and therefore the regular treatments of fewer lesions at a time go uncounted. Using liquid nitrogen achieves a skin temperature of -50°C, causing a direct freeze injury to the cells to which it is applied.

Data on “cure-rates” is extremely varied, likely due to the many variables involved with the treatment. The most important factor when considering the impact of cryotherapy is the “freeze-thaw time” i.e. the length of time from the point at which white ice has appeared on the skin until the ice has thawed out. Studies show that a freeze-thaw time of less than 5 seconds results in a cure rate of 39% while treatment of over 10 seconds increases this to over 80%. However, the benefit of the prolonged treatment needs to be balanced against the side effects such as pain, blistering and permanent hypo-pigmentation. Therefore, a freeze-thaw time of 5-10 seconds is probably a good compromise.

A double freeze-thaw cycle may be more efficacious, particularly with thicker, hyperkeratotic lesions. It has been reported that GPs predominantly use single lesion cryotherapy compared to the more frequent use of field therapy by dermatologists. However, these rates may also be widely variable among GPs, depending on individual experience and the socio-economic status of the patients, as topical field therapy can be expensive.

Shave/curettage and cauterisation: This procedure is easily performed, usually under local anaesthetic, often for the destruction of thicker, cryotherapy-resistant lesions. It is also suitable when there is diagnostic doubt, as tissue can be obtained for histological examination. However, there is very little data on efficacy and long-term outcomes.

In general, excision of an actinic keratosis is rarely performed unless it is resistant to non-surgical methods, there are concerns about malignant transformation, or to minimise scarring from ablative treatment.

Field treatments: The aim of field treatments is to treat the whole area affected by the chronic UV exposure, which has resulted in a background of sun-damaged skin from which multiple actinic keratoses arise.

Keratolytics and retinoids: Keratolytics such as salicylic acid, urea cream, propylene glycol and various alpha hydroxy acid preparations have been used to treat mild actinic field change for many years. They can sometimes clear minor keratoses and have high levels of patient acceptance. However, clearance is often incomplete and recurrence of lesions can occur soon after cessation. These agents can be useful in helping “pre-treat” the skin to better visualise more troublesome lesions and to enhance the effect of other treatments.

Topical retinoids such as tretinoin and adapalene can reduce solar keratoses but are not ideal as a sole therapeutic agent. The more hyperkeratotic lesions tend to be, the poorer the response. Oral retinoids (acitretin) are sometimes used in order to reduce the rates of progression of actinic keratoses into squamous cell carcinomas, particularly in immune-compromised patients, though long-term use can be associated with significant side effects.

Diclofenac 3% Gel (Solaraze): This topical treatment is applied twice daily for a period of 60-90 days. It is well tolerated by most patients, with some side effects including pruritis, erythema and drying of the skin. Photosensitivity and contact dermatitis have also been reported. Three trials have shown a complete resolution rate of approximately 40%, and guidelines suggest its use in conjunction with cryotherapy for hypertrophic or resistant actinic keratoses. 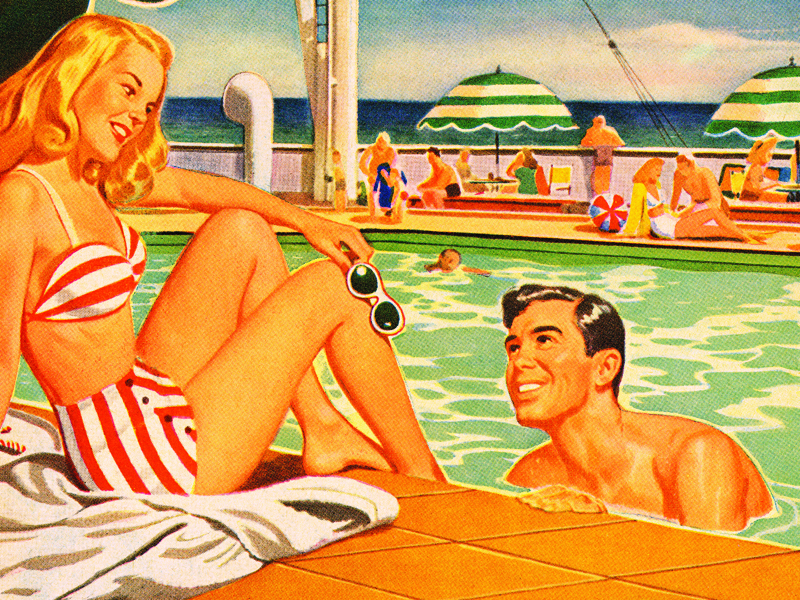 Imiquimod 5% cream (Aldara): Imiquimod is an immune-response modifier, which can be used to treat superficial basal cell carcinomas and warts. It has been found to be effective in treating actinic keratoses, with complete resolution in 50% of patients and partial clearance rates of over 75%. There are a few variations on administration regimes, with three applications per week (e.g. Monday, Wednesday, Friday) for four weeks, repeated if necessary, thought to be ideal.

Remission may last as long as two to three years. Local side-effects include itching, burning, and pain, which are usually well tolerated. However, some patients also experience systemic side effects such as “flu-like symptoms” such as headache and lethargy. It has been suggested that if a patient has ever been bed-bound with influenza in the past for more than five days, there is a high probability of this significant side-effect.

Topical 5-fluorouracil (Efudix): This topical agent has been used extensively for many years and is usually applied once or twice daily, depending on individual response, for three weeks on the face. Longer durations are sometimes needed for treatment of other areas. The aim is to achieve the end-point of erosion of the keratoses, though clearance may occur even if erosions have not arisen.

Efudix has a 100% clearance rate in 50% of patients, though as with imiquimod, partial clearance rates are higher. While an effective treatment, which rarely causes systemic side effects, the local effects are quite marked and sustained through the full period of treatment. Compliance with the treatment can therefore be an issue. In order to improve compliance, it is vital that patients are fully counselled and supported prior to embarking on their treatment.

Allergy to this agent can be significant, presenting as erythema in all areas where the cream has been applied – not just the keratoses. This may progress and continue for one to two weeks despite cessation of the treatment. Topical 1% hydrocortisone cream twice daily for a week may reduce the symptoms. One of the biggest advantages of Efudix, is that an effective treatment may result in remission from actinic keratoses for up to five years before further treatment is required.

Ingenol Mebutate gel (Picato): This is derived from the sap of the plant Euphorbia peplus (Milkweed) and was developed in Australia. It is available in 0.015% strength to be used on the face for three consecutive days, or 0.05% strength to be used on the body for two consecutive days. It appears to have two mechanisms of action – preferentially causing cell death in transformed keratinocytes and also inducing an inflammatory reaction that stimulates the death of residual mutated cells.

A complete clearance rate of 42% has been reported with a lesion reduction rate of 83% two months after treatment, which appears sustained after a year. In view of the short duration of treatment, it has high patient acceptance and compliance. However, the local effects can be marked, with erythema, flaking, scaling and pain, which can sometimes be severe.

Allergy, contact dermatitis and reactivation of herpes zoster have been reported, although most symptoms and side effects generally settle quickly. Each tube will cover only a small area of skin (initially quoted as 25cm2) and therefore to treat larger areas, multiple boxes need to be purchased.

About 60% of invasive squamous cell carcinomas arise from pre-existing actinic keratosis, and therefore could have been prevented.

Photodynamic therapy: This involves the application of a photo-sensitizing agent, such as methyl-aminolevulinic acid (Metvix), to the area prior to activation by light of a specific wavelength. Dysplastic and neoplastic cells take on more of the photo-sensitizing agent than normal keratinocytes, and in turn a more rapid destruction of these cells occurs when the agent is activated.

Clearance is often improved if the treatment is repeated. This has been found to confer a cure rate of between 59% and 91% at three months after treatment, and often gives a better cosmetic outcome than some other modalities. It may, however, be expensive for patients, and up to 10-15% of patients experience extreme pain during the treatment.

More recently, Metvix has been licensed for use with natural daylight as the activator, after adequate preparation of the skin. This has been reported as being less painful and better tolerated by patients, while conferring similar cure rates.

With all of these treatments, patients can be left with erosions and superficial ulceration. It is reasonable to apply an occlusive wound cover either in the form of a dressing if on the body, or a barrier cream on the face, to encourage faster re-epithelialisation and wound healing. This will also reduce pain.

Dr Gun Soin is GP Editor for The Medical Republic. He  has a Diploma in Practical Dermatology and has a special interest in skin-cancer medicine