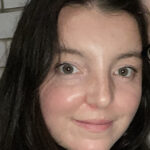 A simple blood test can determine whether a snakebite is venomous within a few hours of the bite taking place, Australian researchers have revealed.

But the test won’t work for all snakes, including the common black snake and death adder, found the study, published in the MJA.

The research shows how quantitative D-dimer testing can detect venom-induced consumption coagulopathy (VICC), the most common systemic effect resulting from a snakebite in Australia. It is accurate in more than 95% of cases and works for up to six hours after the patient has been bitten.

However, clinical application of the study’s discovery could be hindered by shortages of tests in rural areas, the researcher said.

“The increasing availability of D-dimer testing for diagnosing thrombo-embolic disease?provides an opportunity for even earlier diagnosis of VICC,” the authors wrote.

“Yet clinical translation of our findings would require the availability of D-dimer testing in the smaller and rural hospitals to which many people with snakebite initially present.”

Black snakes or death adders are not identifiable from the test because their bites do not cause VICC.

Data from the Australian Institute of Health and Welfare’s report Venomous Bites and Stings 2017-2018, released in March 2021, revealed black snakes were the second most common snake reported in hospital admissions due to snakebites, accounting for 13% of all cases of toxic side-effects caused by snake venom.

For these snakes, the authors suggested that general symptoms like headaches or vomiting might be the only early signs that a patient has been envenomed.

Researchers used data collected by the Australian Snakebite Project from 2000 hospitals around Australia, focusing on 1300 patients whose D-dimer value had been tested within 24 hours of their suspected or confirmed snakebite.

From these 1300 patients, more than half were diagnosed with systemic envenoming, and only 16% did not develop VICC. The snakes most frequently reported to have caused envenoming were brown snakes, representing almost a third of cases, and red-bellied black snakes, which represented just over 15% of cases.

Within an hour of the bite occurring, D-dimer testing revealed that three quarters of patients who developed VICC had D-dimer values higher than 2.5 mg/L. After 2.8 hours, that number grew to 95% of patients.

For the 500 patients who were not envenomed, less than 5% had D-dimer values above 2.5 mg/L within six hours after being bitten.

According to the authors, quantitative D-dimer testing for envenomed snakebites will be most useful when other coagulation test results are normal but VICC still occurs.

In patients with normal international normalised ratio (INR) and activated partial thromboplastin time (aPTT) values, D-dimer testing within six hours after the bite was 94% sensitive and 96% specific for diagnosing VICC.

The authors recommend that doctors give antivenom to patients if their D-dimer value was higher than 2.5 mg/L within two hours after a snakebite. They also noted that if the patient initially showed a lower value lower, doctors should repeat the test as soon as possible after the two hours, since some patients with values below 2.5 could still develop VICC.

One major limitation of the study, as researchers outlined, was that about one-third of patients with a suspected snakebite were not D-dimer tested within 24 hours of the bite taking place, and 22% of the tests conducted did not occur within the six-hour cut-off.

Despite these limitations, the findings still established D-dimer testing as a valuable diagnostic tool for identifying envenoming with VICC in patients within hours after a snakebite, with much higher rates of accuracy than current point-of-care INR testing.