Referral rules: everything you need to know 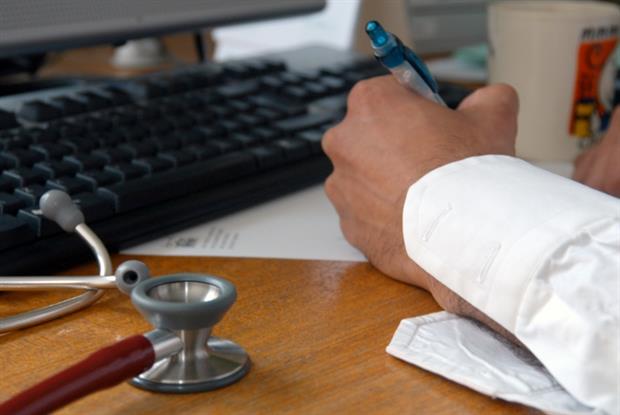 The rules behind the referrals process can be a source of confusion for GPs, writes Annie Kane

Although many general practitioners will write referrals to their specialist colleagues on almost daily basis, the rules behind the process can be a source of confusion, and at times are simply absent or ambiguous.

As such, it’s not uncommon for GPs and specialists, or at least their receptionists, to disagree on issues such as what constitutes a valid referral, when a new referral is needed, and under which circumstances a specialist should charge an initial consultation fee.

It is anticipated the some of the rules may be clarified as part of the current MBS review, the final report of which is expected by the end of 2016.

Until then, what are the rules about GP referrals?

Why is a referral needed?

A referral is necessary to make sure Medicare Benefits are paid at specialist or consultant referred rates, rather than at unreferred rates. In other words, patients do not need a referral to see a specialist, but they do need one to attract the relevant Medicare rebate.

What must be in a referral?

Notably, however, although the regulations make note of referrals being addressed to a “specialist or consultant physician”, the legislation does not specify whether the referral must identify by name the recipient of the referral.

In the absence of this information, it is generally understood that this is not a Medicare requirement. So although it is accepted and desirable medical practice to refer to a named specialist where possible, it is not a current legal requirement.

Sometimes, as a GP, you’ll want a patient seen quickly, and don’t particularly mind which specialist within a given practice they see. In this case, a referral headed “Dear gastroenterologist” is therefore OK. It’s not specifically allowed under the rules, but it’s not specifically forbidden either.

When does the period of referral start?

If supplied by a GP, the law states that a referral is valid for a single course of treatment for a period of 12 months after the first service given in accordance with the referral, although the referring practitioner can indicate an alternative time period (e.g. three, six, or 18 months or indefinite).

Referrals from a specialist are valid for only three months. A referral for admitted patients is valid for three months, or the duration of the admission, whichever is the longer.

How long does a referral last?

According to medical defence organisation Avant, the issuance of a new referral due to a previous referral expiring does not entitle the specialist to bill for another initial consultation service (but rather a “consequent” consultation, which attracts a lesser sum), unless it is at least nine months since the patient was last seen for that condition and the referring practitioner deems further review necessary.

Indeed, the Department of Health states: “Where a patient’s referral has expired and the patient presents a new referral for the continuing management of a previously referred condition, attendances provided under the new referral must be billed under the subsequent attendance items.”

As is the case with a first referral, the renewal of a referral is to make sure Medicare benefits are paid at specialist or consultant referred rates, rather than at unreferred rates.

Because referrals start from the date the patient first attends the specialist, not the date it is issued by the GP, if a patient as unable to see a specialist for more than 12 months the referral would still theoretically be valid.

Despite the legislation not including specific requirements to make an indefinite referral, it is generally recognised these are used only where the patient’s clinical and chronic condition requires continuing care and management by a specialist for a specific and stated condition or conditions.

Where an indefinite referral exists, a specialist shouldn’t request, and a GP shouldn’t issue, a new referral unless a new condition has developed. For example, according to the Department of Human Services, a patient regularly reviewed for glaucoma will need a new referral if they develop a pterygium and need surgery.

This is not always consistent with the advice GPs and patients receive from specialists and their receptionists, who will often say a patient’s referral has expired, even if it’s an indefinite referral.

Some specialists push for standard 12-month referrals, presumably because they believe it allows them to charge the higher initial attendance fee (MBS item 110) once each year.

In 2014, ABC investigators said specialist doctors, particularly in the fields of dermatology, ophthalmology and cardiology, “could be raking in millions of dollars from Medicare by forcing chronically ill patients back to their GP for a fresh referral each year so they can then charge twice the fee”.

But unless there is a new condition not covered by the initial referral, this practice is not consistent with the Act.

However, there could be a grey zone in the case of a vague initial referral. Coming back to our patient with glaucoma, if the initial referral to the ophthalmologist said, “Please see Mrs Bloggs for indefinite eye care”, the specialist is unlikely to fall foul of the law for treating the pterygium under the same referral.

It is against the law for a GP or referring doctor to backdate a referral.  Doing so can result in Medicare benefits not being paid to the patient, and the doctor who issued the referral may face charges and penalties for giving a false or misleading statement.

Medicare is legally obliged to investigate doctors suspected of making false or misleading statements, and may refer them for prosecution if the evidence indicates fraudulent charging to Medicare.

“Because the referral must be received before the service is provided, any backdating by the referring practitioner would be a false statement capable of being used to claim a benefit,” the AMA states.

If a doctor is asked to backdate a referral, they should refer to the Health Insurance Regulation 1975 which states that the specialist or consultant physician must receive the referral before the service is given to the patient.

“It is unlawful to backdate a referral, so referring practitioners should not be asked to do so,” Avant says.

Medicare does accommodate for “genuine errors‘’ and states that an invoice can only be reissued if a genuine error has occurred.

For example, interns, residents and some registrars working in public hospitals do not have a provider number, and therefore cannot refer to private clinicians outside of the hospital. However, they are able to write a referral on behalf of their supervising consultant, as long as the consultant signs the referral and is listed as referring doctor.

If a consultant treats a patient based on a referral that has the intern/resident/registrar listed as referring doctor, and then submits a claim to Medicare for services provided, the claim will not be paid. This is most commonly due to the fact that the referring provider number is not valid.

Margaret Faux, Managing Director of Synapse Medical Services, writing in the The Private Practice (1), stated: “It’s one of those grey areas on which the legislation is silent. It’s not a lost, stolen or destroyed referral and so those provisions cannot apply.

“It’s simply an honest mistake usually made by a well-meaning junior clinician taking the load off the consultant, but it’s the consultant who should have been named as the referring doctor.

Once a consultant physician receives a patient referral in writing, and renders a specialist medical service to the patient as a result of the referral, the Health Insurance Act requires they must retain the referral for the period of 18 months beginning on the day on which they provided the service to the patient. However, it should be noted that the Department of Human Services may request substantiation of the receipt of a valid referral up to two years after the relevant service was rendered.

The Act also states that if the executive requests to see a copy of the referral, it must be produced within seven days. Failure to do so within the given time frame would result in a penalty.

Similar administrative penalties apply if Medicare finds that items have been incorrectly itemised, or if a service was rendered without a valid referral.

If the referral occurred in an emergency, benefit will be payable at the referred rate if the account, receipt or assignment form is endorsed ‘Emergency referral’.

However, both these cases only apply to the initial attendance. For subsequent attendances to attract Medicare benefits at the referred rate, a duplicate or replacement letter of referral must be obtained by the specialist.

For patients to receive a Medicare rebate or be bulk-billed, their specialist must include the following information on their claim: