Do we really need all this energy? 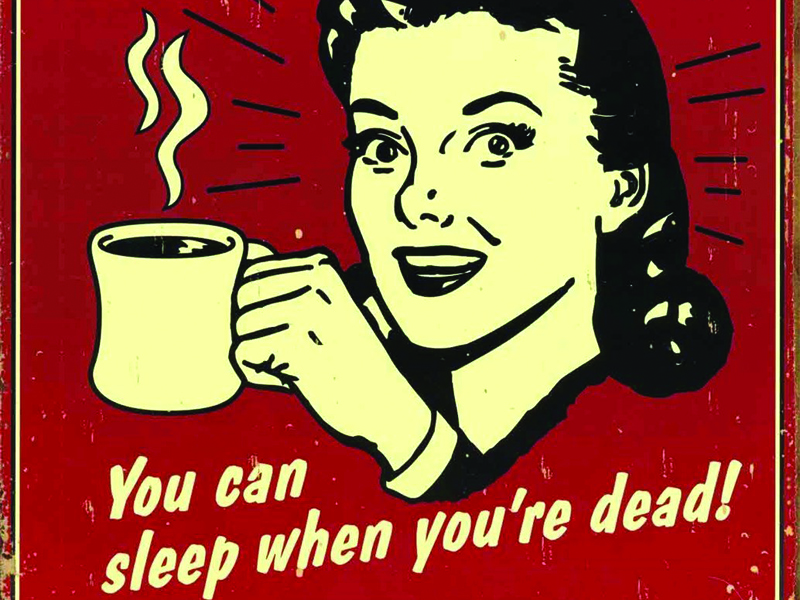 Caffeine is more popular and available now than ever.

Coffee shops have popped up everywhere over the last 10 years, from the high street to service stations, and from airport lounges to department stores. On the back of a small van, or even a horse float, mobile coffee shops help people get their fix.

But at the same time, there has been an explosion of other ways to caffeinate – with much more emphasis on caffeine’s ability to boost “energy”, which is designed to be particularly appealing for young people.

Driving-simulator experiments back in the 1990s tested the effectiveness of caffeinated energy drinks to overcome tiredness, specifically in drivers1. The results were undeniable, and the market exploded. Nearly 20 years later, energy drinks are widely available, in more colours, flavours and sizes than we could have imagined.

Caffeine and its effects

Caffeine is a legal and unregulated central nervous system stimulant, and the most widely consumed psychoactive drug in the world. It is found in a number of species of plant, most commonly the coffee bean, tea leaves and the kola nut.

Caffeine works predominantly by binding to adenosine receptors in the brain, thus decreasing sleepiness, increasing alertness and heightening mood. The more caffeine an individual uses, the more adenosine receptors are produced in brain, and thus more caffeine is needed to induce the same effect. This is a simple example of dependency, which can develop with many drugs.

While it has long been known that caffeine can reduce total sleep time and increase sleep latency2, other side-effects receive less attention.

Caffeine can also alter brain structure over the long term3 and has profound effects on the structure of sleep, now shown to be essential for memory consolidation and learning4.

Its long-term effects on the brain, sleep, learning and motivation in young people is of increasing concern5, together with the problem of dependence and addiction. A recent study has even suggested that energy drink use in college students may be associated with lower GPA6.

This fragile balance of alertness and fatigue, combined with the cycle of dependence and withdrawal, could be of particular concern in young people.

The possible side-effects of intense caffeine use include palpitations, tachycardia, tremor, agitation, dizziness and headache.

Caffeine withdrawal can be subtle, yet powerful, increasing the urge to keep using it – particularly as it is so readily available and part of our work, social and weekend culture.

Symptoms include bifrontal headache, irritability, and a struggle to be productive as motivation gives way to lethargy. Temporarily depressed mood is not uncommon, but for individuals who already suffer from depression this could be a more serious problem. Other effects such as constipation, flu-like symptoms and insomnia are also common during withdrawal.

The 1990s’ driver fatigue research on caffeine typically used a dose of 150-200mg, which soon formed the basis for official advice to UK drivers7.

However, the caffeine content varies hugely in coffee, while the new (in 1999) energy drinks contained a standard amount. These drinks also contain sugar or other sweeteners, herbal extracts and amino acids, which are said to enhance performance.

The driver simulator studies clearly showed that a 250ml drink (80mg caffeine) was effective in maintaining driving performance for 60-90 minutes, while 500ml (160mg) had a stronger effect on all measures for almost two hours8. This offered a planned and an ad-hoc fatigue countermeasure for those driving long distance, but obviously required caution.

In the absence of regulation in most countries, aggressive marketing campaigns promoted energy drinks as a panacea for improving physical and cognitive performance, despite a lack of supporting research.9

Numerous product formulations have appeared, including sugar-free versions and larger can (higher dose) sizes, alongside more  marketing messages highlighting their performance-enhancing effects. Sponsorship deals with high profile and extreme sportsmen and women helped some of the market leaders sell in excess of $US3 billion worth of these drinks per year.

Most energy drinks carry a warning label that highlights the possible side-effects of their ingredients. A typical warning notes that “consumption of more than two cans in a day may be harmful to your health”, and cautions: “not to be used for pregnant women, breast feeders, children under the age of 16, people with heart disease, high blood pressure, diabetes, allergy to caffeine, and athletes during exercise.”

Unfortunately, this seems lost on most consumers. And while energy drinks contain a standard amount of caffeine, decades of aggressive marketing means there is nothing standard about how much society is consuming.