Where are we at with real-time monitoring? 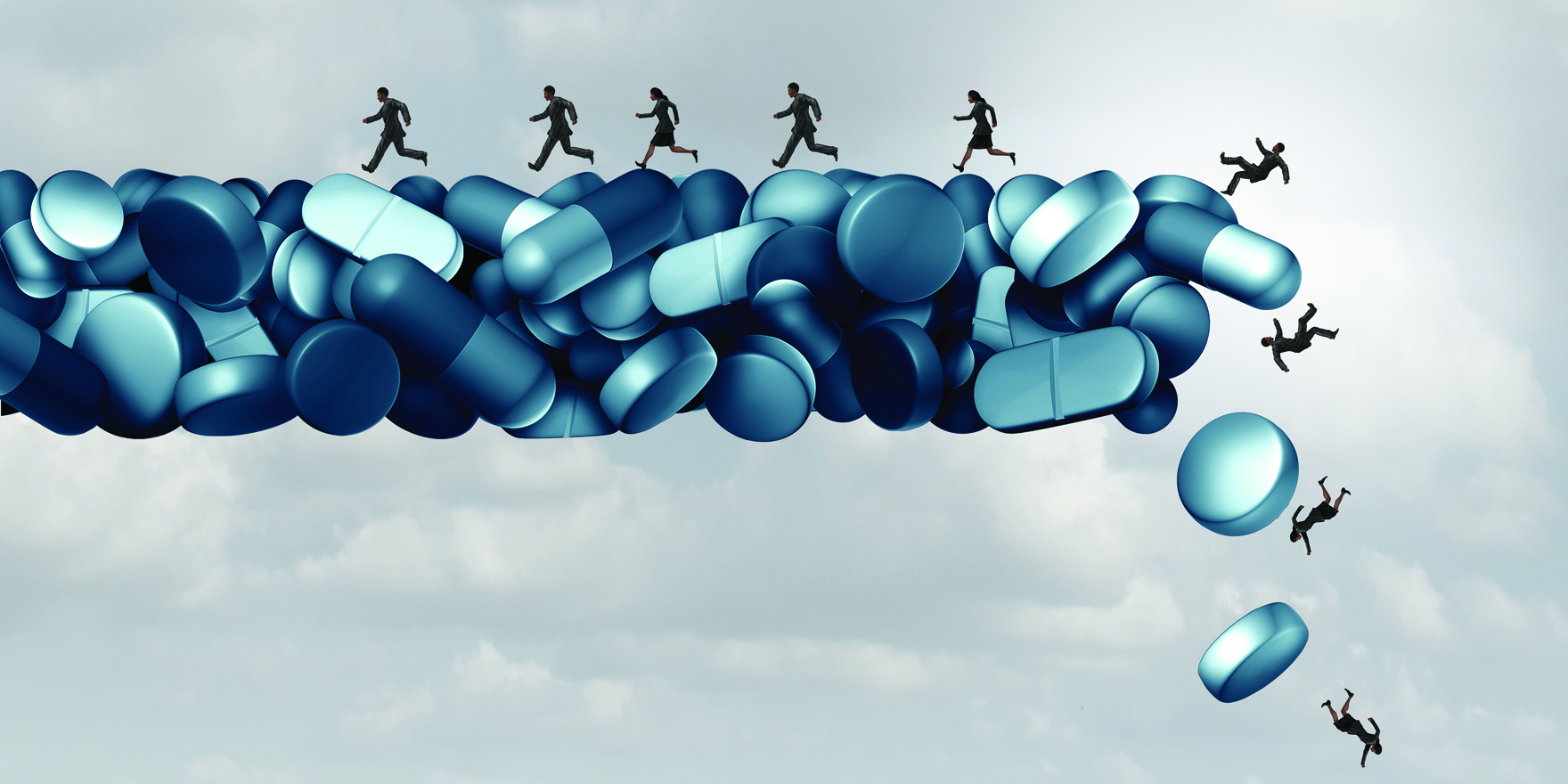 GPs will play a central role in the first serious attempt to stop doctor shopping and illicit use of pharmaceutical drugs on the Australian mainland.

Under legislation passed on October 19, Victoria will have the distinction of becoming the first state to impose a mandatory real-time prescription monitoring regime, giving doctors, pharmacists and nurse practitioners ready access to a patient’s prescription history.

The initiative rides on the back of Tasmania’s successful DORA monitoring system, which has been in place since 2011. But the challenge for Victoria is to cover a population 12 times larger, and an expanded list of medications. Not to mention the problem of bordering jurisdictions that have yet to get on board with real-time monitoring.

Under DORA, pharmaceutical drug-related deaths in Tasmania have plunged, while the toll in all other parts of the country has continued to rise. This has been achieved under a voluntary system which, to date, has monitored only Schedule 8 opioids and alprazolam, which was added in 2013 when still an S4 drug.

Victoria’s SafeScript system, to be introduced late next year, is intended to capture S8 drugs, S4 medications including diazepam and other benzodiazepines, the anti-psychotic quetiapine, and so-called Z-class drugs used against insomnia. In time, it will also take in codeine products due for upscheduling in February next year.

Based on current best estimates, this means approximately 4.5 million prescription records each year will be uploaded to the SafeScript database, excluding codeine products, according to a spokesman from Victoria’s Department of Health and Human Services.

Other states are supposedly moving towards similar monitoring schedules under a commonwealth scheme for which Tasmania was the test case, under a project that began in 2008. But only Victoria has set a target and slapped down a commitment of $29.5 million to put the machinery in motion.

Dr Cameron Loy, chair of the RACGP’s Victorian faculty, praises the leadership of Victorian Health Minister Jill Hennessy and the state’s DHHS for a “solid effort” to consult GPs and other stakeholders and take advice on SafeScript. “This was not lobbying (by the RACGP). It was genuine collaboration and advice-seeking from the DHHS,” Dr Loy told The Medical Republic.

“We contributed to the discussion on regarding what drugs would be included. The DHHS sought expert advice and analysis on every substance of concern we presented.”

RACGP delegates also advised on complex questions, such as drug users entering and exiting prisons, and GPs’ need for a system to fit in with their workflows and business imperatives. Four GPs have been involved in the planning phase.

“Integrating into our workflow completely will take some evolution, but it is seen clearly on the work plans for SafeScript,” Dr Loy said.

As DORA operates in Tasmania, the regulator keeps a full clinical database of records and notes attached by doctors and pharmacists. Clinicians who log in to check a patient’s history see an abbreviated version to support their prescribing and dispensing decisions.

“We give them enough information to make a safe, quick decision,” Peter Boyles, Chief Pharmacist of Tasmania, told The Medical Republic.

DORA shows what opioid medications have been dispensed for a patient, the doses and quantities; where they were dispensed; whether another doctor holds authority to prescribe; and whether the patient has been declared a “drug-seeker” or been declared “drug dependent” under the state’s Poisons Act.

Where doctors seek authority to prescribe a controlled drug, applications are handled by a full-time team of five people, including three pharmacists. Cases judged to be at risk of harm go to an advisory panel which may decide to impose conditions on quantity or pick-up, but knockbacks are rare.

Tellingly, even as the number of Tasmanians prescribed opioids to treat chronic pain increased three-fold in the decade to 2015, average dosages have declined sharply.  In the period from 2010 to 2014, deaths related to the use of pharmaceutical opioids in Tasmania fell to an average of 17 per year, from 25 per year in 2005-09, a drop of 34%.

“We are very pleased with the response, but there are still 17 people a year, on average, dying from pharmaceutical opioids supplied through the health system.  I don’t call that a victory,” Mr Boyles said.

“We don’t have a doctor-shopping problem for Schedule 8 drugs in Tasmania anymore, because our surveillance system, and the use of it by doctors and pharmacists through DORA, means people don’t spend months and months going to multiple practices,” he said.

“Either we pick it up as the regulator, or sometimes, if it’s after hours and we don’t see the information till the next day, we can stop the second script. But they don’t have years and years, like you see in other jurisdictions where they don’t have monitoring.”

The crucial factor for the fall in opioid-related deaths was the quality of care patients got from their GPs, with DORA’s support, Mr Boyles said.

“If you are getting more opioids than are safe, and benzodiazepines and other agents that increase your overdose risk, it doesn’t matter if you are going to the same doctor.  You don’t need to doctor shop if you are getting everything you might want.

“But it doesn’t provide support to the point of making sure (patients) are only using these agents in a judicious manner in the first place.”

As Tasmania gears up to include S4 opioid analgesics and codeine products on DORA in coming months, the workflow will increase exponentially for the regulator.

“There are a lot of people getting opioids, but there are many, many more getting Panadeine Forte,” Mr Boyles said. However, clinicians will not face an extra burden because DORA’s reporting functions are automatic.

Victoria’s decision to build its own real-time prescription monitoring system comes after nearly a decade of urging from coroners.  Drug deaths in the state numbered more than 470 last year, more than half of them attributed to the abuse or misuse of prescription drugs.

Coronial investigations also indicate multiple pharmaceutical drugs are implicated in most overdose deaths, accounting for 308 out of 358 deaths in Victoria in 2015. The most lethal combination was benzodiazepines and opioids.

Doctors and health advocates welcome Victoria’s resolve and hope the other states will follow. But no-one thinks monitoring systems will be a silver bullet.

“Given that we do know that harm comes from less-than-ideal prescribing, this is really trying to acknowledge the source of the problem,” Dr Marianne Jauncey, medical director of the Uniting Medically Supervised Injecting Centre in Sydney, said.

But enhanced monitoring and controls will have to be accompanied by support and services to help people who have become addicted unwittingly to pain medications, she says.

“Coupled with that, we have a society where it has become increasingly an expectation that things can be fixed with a script. People don’t want to do the hard yards, go to the physio, do the counselling.”

“We can have controls and monitoring, but the real issue here is pain. We are talking millions and millions of people who experience pain. This is the reason we are having these issues with codeine and opioids at the moment.

“Really we need to have better pain management in place if we are to redirect people away from medication.”

Victoria’s $29.5 million investment includes $1 million in funding for training of prescribers and pharmacists, which is to include pain management, mental health and addiction medicine.

Dr Loy said a number of resources would be available to help GPs address substance misuse.

“GPs will pursue training. There are a lot of peer-to-peer opportunities, committees of RACGP Victoria, information and support from PHNs, and many sources of training.  That will include dedicated training for SafeScript.”