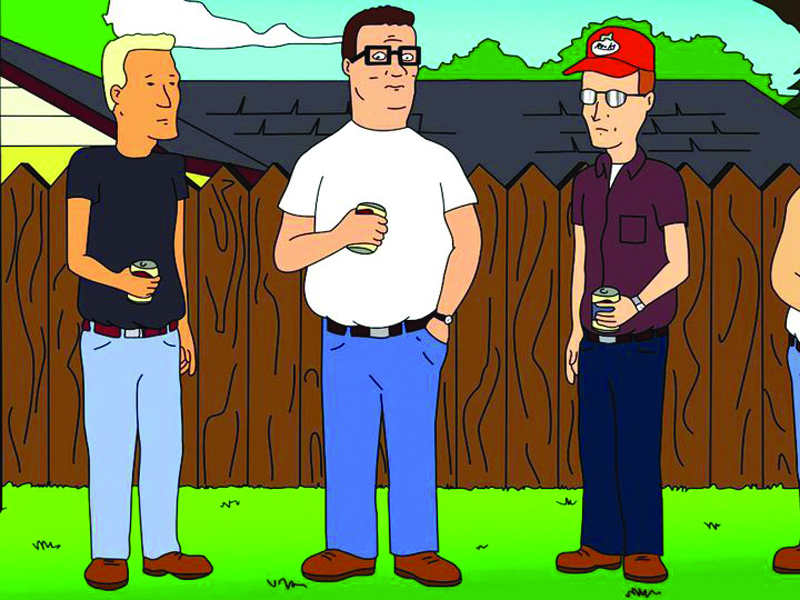 Unlike other solid organ cancers, prostate cancer continues to cause confusion, but our understanding is improving

Our aim as clinicians is to diagnose, manage and try to prevent men with prostate cancer dying from the disease. 1,2

Over the past 30 years, the treatment of prostate cancer has changed from reactive to proactive. For the majority of the 20th century it was estimated that of men diagnosed with prostate cancer, 40% had distant metastases, 55% had locally advanced disease and only the remaining 5% had organ-confined prostate cancer.

The treatment for advanced disease was limited, including orchidectomy or medical castration in the form of monthly luteinising hormone releasing hormone (LHRH) agonist injection. Even when possible, surgical resection of the prostate was often complicated by significant blood loss, long-term erectile dysfunction and incontinence, and was offered only to select, and very brave, patients.

Times have changed. With the introduction of PSA testing, it became evident that the lead-time from diagnosis to advanced metastatic disease averaged nine years. This early detection of prostate cancer led to the ability to not only cure these men and prevent the debilitating effects of advanced disease, but to also refine surgical and radiotherapy techniques with the aim of delivering treatment with fewer side effects.

These developments have given us a better understanding of the natural history of localised prostate cancer.

The prostate’s function is for the coordination of seminal fluid emission into the posterior urethra prior to ejaculation, thus requiring the anatomical position of the gland deep in the pelvis. This makes the gland awkward to feel without a digital rectal exam.

However, luck would have it that prostate cancer primarily affects the peripheral glandular zone of the prostate, which is the area of the prostate palpable on rectal exam. The positive predictive value of a “suspicious” rectal examination is 30%, so it is still a worthy addition to PSA alone.

This leads the discussion directly to PSA testing. Made simply, the test has great sensitivity but lacks specificity – most cancers will be detected, but there will be a high number of false-positive results – thus the controversy of its use in prostate cancer screening.

Screening tests should adhere to The World Health Organisation practice and principles of disease screening outline by Wilson and Junger in 1968.

Where PSA screening for prostate cancer falls down relates to the accuracy of the screening tool (PSA) and our understanding of the natural history of the disease to know exactly how all prostate cancers will behave with time.

PSA is flawed because there is no lower threshold at which a man will not harbour prostate cancer. For example a man may have a PSA of 1ng/ml and still have a 10% chance of having prostate cancer. But importantly, the chance of this man having a higher-grade prostate cancer e.g. Gleason Score ?7 is only 1%.

Although flawed, PSA and rectal examination still lead the way in assessing a man’s risk of harbouring an underlying lethal cancer.

Therefore, we use additional PSA dynamics to help in deciding whether to proceed to prostate biopsy. One is PSA age ranges, where for men <60yrs their PSA can be ?3.5ng/ml, ?4.5ng/ml for <70yrs and ?6.5ng/ml for <80yrs. Another is PSA velocity, which is measured with at least three consecutive PSA tests over a period of two years. There are online calculators to facilitate this, such as at USRF.org. If the man’s PSA is >4ng/ml and their velocity is ?0.75ng/ml/yr this would suggest a low risk of underlying prostate cancer.

An even simpler method is to get the pathology laboratory to calculate the amount of free to protein-bound PSA on the man’s routine PSA test and if this ratio is <10%, then this gives a cancer risk of 56%, whereas a ratio of >25% gives a risk as low as 8%. But ultimately, the decision to biopsy needs to take into account the PSA, the results of the rectal exam, the patients’ wishes and the ability to act on the result if it comes back as cancer .4

Evidence for PSA based screening is most strong in the Goteborg study, which was a well-structured arm of the European Randomised Study for Screening Prostate Cancer (ERSPC).

This looked at 20,000 50- to 64-year-old men and performed PSA testing in 50% of the men on a two-yearly basis, while the other 50% acted as the control group, in whom no PSA testing was conducted.

The primary goal of the study was to observe the difference in the incidence of prostate cancer-related death. The result was a 40% relative risk reduction in prostate cancer mortality in the PSA screened group.

However, the overall evidence, taking into account the above study and the American PLCO (prostate, lung, colorectal and ovarian cancer) screening studies, and considering the potential harms of PSA screening, do not present sufficient evidence to recommend PSA based prostate cancer screening in Australia, or elsewhere around the world.

This was confirmed in the Australian government’s position statement of the NHMRC in its “PSA Testing for Prostate Cancer in Asymptomatic Men: Information for Health Practitioners.” 5

Although flawed, PSA and rectal examination still lead the way in assessing a man’s risk of harbouring an underlying lethal cancer.

Presently, we know that picking up life-threatening prostate cancer is best done early, and although flawed, PSA and rectal examination remain the best known way to assess a man’s risk of harbouring an underlying cancer. Thus, the NHMRC’s suggests we should offer PSA testing in asymptomatic men over 55 years old if they request it and are well counselled on the evidence.

Men at increased genetic risk may fall in to one or more of the following three categories:

3. A family history of multiple other cancers e.g. breast cancer and especially the BRCA-2 gene family. 5

Prostate biopsy is offered to men with abnormal PSA dynamics and/or an abnormality identified on rectal examination. Biopsy can be performed in one of two ways – the well-established trans-rectal ultrasound guided prostate biopsy (TRUS), or the trans-perineal biopsy template biopsy (TPB).

TRUS is simple to perform and can be done under local anaesthetic, and usually involves the taking of 12 Tru-Cut needle cores from the prostate.

The trans-perineal biopsy takes around 28 cores and needs a general anaesthetic, but can be done in conjunction with prior MRI imaging to improve accuracy of sampling. Trans-perineal biopsy passes the Tru-Cut needle through the perineum and avoids transgressing the rectum, thus decreasing biopsy-related infection from <2% to ?0.2%.

The latter has become an important reason for the switch to a trans-perineal approach in some urology units due to the increased prevalence of gastro-intestinal bacterial colonisation with resistant strains, nullifying the effects of routine biopsy fluoroquinolone antibiotic prophylaxis and increasing post-biopsy hospitalisation from infection.

However, this approach potentially increases the risk of voiding difficulties and erectile dysfunction after biopsy compared to a trans-rectal approach. 6

What about MRI instead of biopsy for prostate cancer diagnosis? This is a question at the forefront of many clinicians’ minds when dealing with patients, who if given the option, may consider paying a substantial out-of-pocket expense for a MRI in order to potentially avoid having a biopsy.  A recent UK article by the  PROMIS study group, published in the Lancet, compared standard trans-rectal biopsy to MRI using trans-rectal biopsy as the gold standard (the ideal would be a radical prostatectomy specimen, which is clearly not possible within the patients in the study).

The study compared the diagnostic outcomes of trans-rectal biopsy to MRI to detect clinically significant prostate cancer requiring consideration of radical treatment. This was defined as prostate cancer with a Gleason 4 grade and or one or more cores containing 6mm or more of cancer per core on trans-perineal biopsy.

The trans-perineal biopsy takes around 28 cores and needs a general anaesthetic.

Even if MP-MRI is about to replace biopsy at this stage, it may at least help target MRI-suspicious prostate lesions if the scan is done prior to biopsy.

The jury is still out, but with experience comes evidence, and with some optimism that Medicare -rebatable MP-MRIs are just around the corner, this evidence should grow, as long as the MRI is performed in a controlled environment by dedicated high-volume MP-MRI centres. 7

Unlike other solid organ cancers, prostate cancer continues to confuse clinicians and patients alike in knowing when and how to treat the disease when a diagnosis is made. There has been a paradigm shift away from the “radical-treatment-for-all” approach of a decade ago to a more balanced approach adopted in today’s era. Although PSA is fallible, through advancement in biopsy techniques and the advent of multi-parametric MRI, our diagnostic accuracy has improved. With increasing experience and understanding of the impact of adopting active surveillance in managing low-risk disease, we will ultimately gain a greater understanding of the natural history of these cancers.