Poetry of disease makes the past feel very present 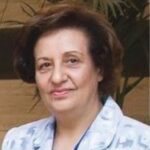 Arabic poets dating back to the 7th century draw on creative concepts to describe their rheumatic diseases and express their feelings about their illness.

Arabic poets dating back to the 7th century draw on creative concepts to describe their rheumatic diseases and express their feelings about their illness.

I was always interested in classical poetry in three languages: Arabic, French and English. This is a family trait. Anthologies fill the bookshelves of my family’s library. Whenever the subject or the style of a poem was unusual, it attracted my attention.

One day, I was reading a poem of Labeed, a famous Arab poet of the 7th century. He was describing his posture, should he reach an old age. As a rheumatologist with interest in osteoporosis (I head the scientific committee of the Syrian National Osteoporosis Society), I was surprised by his picturesque description of hunchback, i.e. osteoporotic kyphosis.

This prompted me to share the poem with my fellow rheumatologists, so I translated the verses into English and French.

My curiosity was stirred to search for more poems depicting rheumatologic issues by poets. My search was not in vain. There is plenty to read, some from obscure poets, but some from famous ones. Patients have many different original ways to describe and express their feelings about their illness. When the patient is a poet, they often draw on creative concepts to describe their ailments. Here are some examples.

As early as the 7th century, the Arab poet – Labeed, described his osteoporotic kyphosis in verses, the translation of which I have published elsewhere[i].

Will it not be my fate,
Should my death come forth slow,
That a cane be my mate,
And tales of long ago?
My back will take a bow,
With my knees bending low.
In my trial to rise, I shall
give the feeling,
Rather than getting up, that
I would be kneeling.

He was followed by several poets anxious about old age and bad spines. For Abu Haya Al-Numayri (9th century)[ii], a combination of back and leg ailments, and the use of a cane for walking, made him say:

I was led to this end,
That when I try to stand,
My back would start to ache,
and I rise like a drunk.
On both feet in balance,
I walked with good cadence;
Now I walk on one more,
taken from a tree trunk.

Al-Basti (11th century)[ii] is probably the only one who saw some good coming out of ageing, namely maturity of the mind, despite his crooked spine:

In the 12th century, an Iraqi poet (Ibn Al-Dahhan)[iii], who lived to 73 years of age, described his posture as he lived it – both vividly and succinctly:

And at this stage
I am so bent,
As if I were probing the sand,
Trying to find my lost young age!

The instruments of fate
Made me ever so bent,
like a hunter creeping
To his prey, and walking
With a short-stepped gait.
Whoever watches me would
think I was shackled,
Without being buckled.

On another line, a classical poet of the 10th century, Al Mutanabbi, was afflicted with bouts of recurrent fever at the age of 44 years. He would recover well enough to travel a lot in the following six years until he died assassinated and did not die from the fever. This could suggest he had some kind of periodic fever rather than an infection which would have killed him in those days. He referred to his recurrent nocturnal fever with “my visitor” and described its recurrence as “faithful” in what became a classic poem[iv]:

My visitor is shy
And keeps away from sight,
For she only comes by
In the darkness of night.
Quilts and sheets of my own
For her I spread in vain:
She left them with disdain
And nestled in my bone.
To hold her and to hold my breath,
my skin has grown extremely tight!
But with ailments of every kind,
she expands it with all her might.
The morning sends her out of sight,
And her tears flow abundantly.
Like a true low, patiently,
I watch the time she will return,
But no desire in me will burn!
She keeps her promise, faithfully,
With the vicious fidelity
0f a mighty calamity!

Perhaps poets find some relief in expressing their pain and anxiety with irony and metaphors. One thing is sure: poetry as a “history of present illness” makes the past very present.

Sources of the poems (here translated by Majda I. Khoury):

Dr Majda Khoury is the Secretary General of the Syrian Association for Rheumatology.

This article was first published in Voice of APLAR Issue #1 and was reproduced in Rheumatology Republic and The Medical Republic with the kind permission of the author and Voice of APLAR.