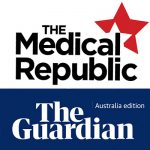 In another devastating blow to revenue, major pathology companies are attempting to halve their rental payments to GP practices across the country

Major pathology companies are attempting to halve their rental payments to GP practices across the country, a move that threatens to financially cripple already struggling clinics at a time of critical need.

Many Australian GP clinics depend on rental payments from co-located pathology centres to remain viable, and the revenue source has become increasingly important during the COVID-19 crisis, which has cut their patient numbers and left many on the brink of collapse.

But The Medical Republic and The Guardian have learned that some of Australia’s biggest pathology companies began writing to GP clinics in the past week requesting they accept a 50% reduction in rent.

GPs say they feel pressured to accept or face an early termination of their leases, a problem compounded by the federal government’s decision to block new pathology services from replacing any that close down in the next six months of the COVID-19 crisis.

The situation has left GPs facing an invidious choice: accept the 50% rent reduction or risk losing their tenant and the entirety of their rent for the next six months.

The Australian General Practitioners Alliance, the peak body for GP-owned clinics, says GPs depend on pathology rents to survive, particularly at a time when COVID-19 has caused significant losses in revenue.

“In some cases, this may make the difference between general practices remaining open or closing,” AGPA executive officer Richard Hart said.

Pathology companies have suffered their own downturn due to COVID-19, as GP visits drop and demand for testing falls in parallel.

Both GP clinics and pathology services – which provide COVID-19 testing – form a crucial part of the response to the pandemic.

Letters from Laverty Pathology and Western Diagnostics Pathology, owned by pathology giant Healius, have been sent to clinics across the country.

“It is our strong preference to keep as many Approved Collection Centres open and trading as possible,” one letter said.

“To facilitate this, we are requesting that you agree to an arrangement that provides us temporary rent relief.

“Accordingly, we are requesting a reduction of 50% of the current monthly rent under our sublease.

“This proposed rent relief would be for an initial three-month period from 1 April 2020 to 30 June 2020, which will continue on an ongoing monthly basis until the parties further review the arrangement at the end of the period.”

Healius confirmed that its pathology providers had been reaching out to landlords, requesting their assistance with rental costs during a period when they are seeing a significant decrease in pathology testing volumes.

“Most of these requests have been met with a willingness to assist and discussions have been, and are continuing to, take place to agree a mutually acceptable outcome,” a spokesperson said.

David Dahm, an accounting and taxation adviser to GPs based in Adelaide, estimates that pathology labs bring in around $15,000 to $25,000 per annum per full-time GP.

With psychologists and other allied health now working from home due to COVID-19, GPs have already lost substantial rental payments.

At the same time, GPs are dealing with dwindling numbers of face-to-face patients, and technical problems with the rapid transition to telehealth.

GP clinics were gazing into a “funding black hole”, he said.

“GPs live off [the government’s Practice Incentives Program] and pathology rent,” he said.

“What I’m saying to people is, firstly, you don’t have to accept what the pathology labs say to you. Get some professional advice. There are other ways around this particular problem and don’t just knee-jerk and react.”

This threat of breaking the lease was fully articulated in one letter to a GP, which said the proposed rent relief “is the most viable way for us to keep our Approved Collection Centres operating effectively without having to potentially close them pursuant to early termination rights in our sublease”.

The department said it was “important that pathology providers remain viable and continue to prioritise and increase their capacity to test for COVID-19”.

Prime Minister Scott Morrison provided further support for this action on Wednesday when he announced that landlords would have to reduce rent for commercial businesses proportional to their loss in revenue.

The Medical Republic has released a survey to its GP readership to find out more about rent reductions (take the survey here). So far, 81 GPs have responded. Here are the results: 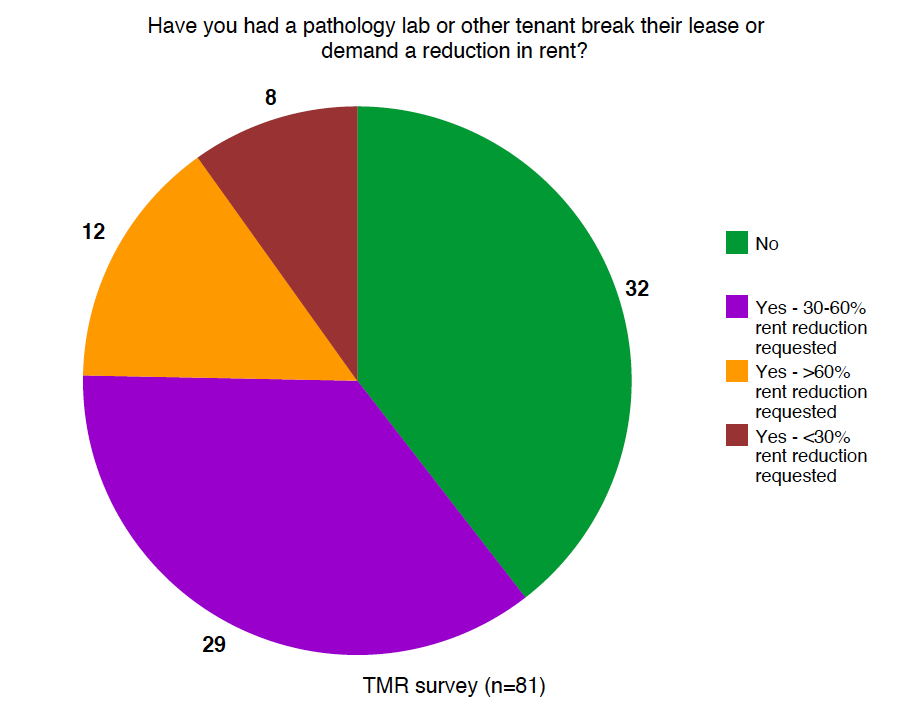