Not just a haircut – proper cosmetic injectable use 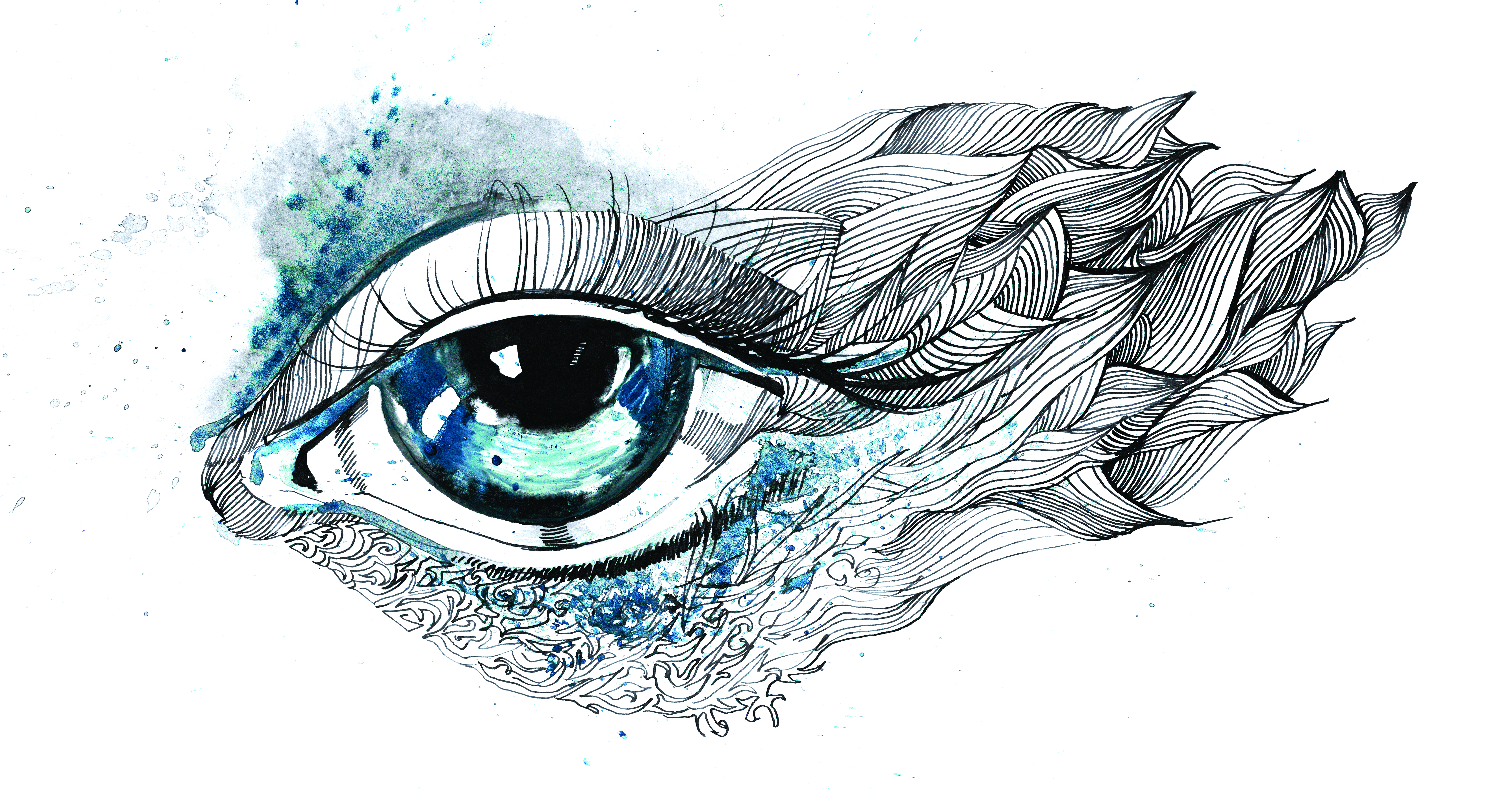 In fact, the procedures have become so mainstream that according to one cosmetic surgeon, consumers mistakenly now see it as akin to a haircut rather than a medical procedure.

“The trajectory for injectables is on a sharp increase,” says Dr Joseph Hkeik, a member of the Australasian College of Cosmetic Surgery (ACCS). “It is 20% year on year.”

Concern about “cosmetic cowboys” riding this Botox boom has led the Medical Board of Australia to include injectables in its draft proposal to tighten up regulations governing the Australian $1 billion cosmetic surgery industry.

The proposed guidelines include:

• a cooling off period for all procedures

• limits on where cosmetic procedures can be performed

In its submission to the Medical Board’s consultation process, the ACCS supported most of the Medical Board of Australia’s recommendations and emphasised the need for national standards of education, training and accreditation and the need for greater consumer education. The ACCS has also launched a new one-year diploma in injectables to improve training (see box below right).

“The doctor’s ethical responsibility is to make sure they understand that this is a medical procedure in a medical environment. It shouldn’t be in a salon. It should be done by someone trained,” Dr Hkeik says.

Dr Hkeik is concerned that injectables are largely approached by practitioners with a “one-needle-fits-all mentality” when it is actually a nuanced and subtle procedure. “A good cosmetic physician can transform someone,” says Dr. Hkeik. “In the wrong hands, you can create monsters. People need to understand the risks.”

Botulinum toxin and dermal fillers are schedule 4 listed products and as such require medical supervision by a doctor.

There are also strict laws around advertising cosmetic injections as governed by the Medical Board of Australia and the Therapeutic Goods Administration.

While Botox is generally used as the generic term for all formulations of botulinum toxin-A, it is one of three brands of the toxin approved for use in Australia (see box above right).

A neurotoxin produced by the bacterium Clostridium Botulinum, botulinum toxin is one of the most poisonous biological substances known.

It was purified into crystalline form in the 1950s, and acts by blocking the release of acetylcholine, the principal neurotransmitter at the neuromuscular junction, causing muscle paralysis.

By 1978 ophthalmologist Dr Alan Scott had begun human trials into the effects of botulinum toxin for strabismus and blepharospasm.

The “little toxin that could” has been since used in the treatment of chronic migraine, overactive bladder, severe primary axillary hyperhidrosis, cervical dystonia and upper limb spasticity as well as its original indications of strabismus and blepharospasm. But it is best known for its use in smoothing wrinkles after Canadian ophthalmologist Dr Jean Carruthers noticed frown lines were disappearing among his blepharospasm patients. The subsequent study, published in the Journal of Dermatologic Surgery and Oncology launched Botox into the beauty lexicon. The treatment’s wrinkle-smoothing effects last four months.

Hyaluronic acid, naturally produced in the body, was initially developed to treat various conditions in the fields of rheumatology, ophthalmology, and to assist in wound repair.

Now of course, it’s commonly used to reduce the skin effects of ageing.

The hallmark of the aging face is loss of associated subcutaneous volume over time. Clinically, this presents as in an increase in facial vasculature and abnormal pigmentation, as well as an increase in the lines and wrinkles of the skin. Histologically, ageing is associated with thinning of the epidermis and loss of collagen and elastic tissues in the dermis.

Fillers last for between six months and two years but there is also a permanent synthetic filler that lasts up to 10 years. But Dr Hkeik says it should be used sparingly and not on first time patients. “It is relatively safe. However, there have been cases many years later where there’s been a reaction. Those who want it have needle fatigue. They say, ‘I don’t want to come back every year’ so they go for a permanent filler but we explain to them it is a higher risk. The doctor needs to be completely confident of their technique to be using a permanent filler.” Dr Hkeik is anticipating further demand for advances in boosted fillers containing anti-oxidants, zinc and amino acids.

What women (and men) want

Because of the public awareness of cosmetic surgery, those seeking injectables often come with specific requests. “They say, I want to reduce my frown line,” Dr Hkeik says. “Then it is, ‘what else can you do to make me look fresher?’ Looking younger is a side-effect.”

In Australia, Botox (onabotulinumtoxinA) is TGA approved for the cosmetic treatment of three areas on the face, glabella lines (frown lines), periorbital lines (crow’s feet) and horizontal forehead lines. Of these areas, Dysport (abobotulintoxin A) and Xeomin (incobotulintoxin A) are approved for frown lines only, but according to Dr Kushelew, are used similarly to Botox off-label.

Other than frown lines and crow’s feet, other indicated targets of botulinum toxin are bunny lines (nasal lines), a ‘gummy’ smile, perioral areas (smoker’s lines) a dimply chin or strong chin crease, enhanced jawline definition and softening of the neck.”

Dermal fillers meanwhile are used for augmenting the lips (more on duck lips later), minimising deeper wrinkles and sculpting the face by lifting cheeks. Fillers have also been used to prevent ‘party feet’ when wearing heels.

Dr Hkeik likens the cosmetic surgeon to an artist who uses needles rather than brushes when choosing which filler grade to use. “If you imagine brushes, you have from fine to extra thick. For example, for the lips it is a soft filler. Those who excel in cosmetic have an artistic eye.”

However, there’s a limit to what injectables can do and managing patient expectations is one of the biggest challenges facing cosmetic doctors.  “I tell people I can only do so much,” Dr Hkeik says. “I say ‘I can do this treatment; I can do skin care but you have to work on your lifestyle too.’ This includes sun avoidance strategies and smoking cessation.

“It is realistic and appropriate to use Botox for muscle expressions that have started to produce static lines,” says Dr Kushelew. “Static lines are when you aren’t raising your eyebrows or frowning but the lines remain. A lot of men and women are preventatively having Botox to stop these static lines forming too deeply.

“If you have deep static lines, you aren’t going to get rid of those with Botox. You are going to soften them, but they won’t disappear,” Dr Kushelew continues. “Botox also can’t make the lips bigger. You can make the lips turn outwards and upwards slightly but true augmentation needs fillers.”

Increasingly Dr Hkeik is seeing men book a “brotox” appointment at his Sydney practice.  “A lot of men are worried they may look girly [after the procedure] but you can enhance masculinity,” he says. “They are worried about losing their job or have been brought by their partners who say, ‘I’ve been having this done and we will look like father and daughter’. So the gap between women and men [having injectables] is narrowing.”

Don’t try this at home

As the Medical Board of Australia’s new proposed guidelines underline, cosmetic surgery complications can be more serious than a bad haircut.

Contraindications for Botox are pregnancy and breast feeding, and manufacturer Allergan recommends people with the following disclose these to the injecting doctor:

• inflammation or severe weakness in muscles where Botox will be injected

One complication of Botox occurs when a patient touches the treated area soon after injection and spreads it to other parts of the face, resulting in ptosis or paralysis of another muscle.

“You minimise the risk with careful injections and careful instructions not to touch the area for four hours afterwards,” Dr Kushelew says. “It is a temporary condition which does resolve.”

The most common reaction to dermal fillers is bruising but this is normally minimal. Most treatments take around 30 minutes and have minimal recovery time. “There’s a bit of redness around the area and temporary swelling but not enough to go and hide.” Dr Hkeik says.

Due to bruising and the demand for quick and quiet treatments, Dr Hkeik anticipates that cannulas rather than needles will become the instrument of choice to deliver injectables in the future. “The downtime is less because there is less bruising.”

A more serious complication can be vascular compromise, most likely if the injector is not well-trained and so lacks a firm understanding of the facial vascular anatomy and the depth at which the filler should be implanted.

“It happens with poorly trained people – both doctors and nurses”, Dr Hkeik says.

“You need to watch the face carefully as soon as you inject it, and within seconds you can tell and reverse it. If you know what you are doing, you won’t inject there.”

The patient will often end up with a scar, he says.

Fortunately, anaphylaxis, while not unknown, is extremely rare.

“It is extremely rare to develop antibodies to Botox unless clinically exposed to high doses which is not the situation in cosmetic practices, rather in food poisoning. There is a low risk of allergies to hyaluronic acid,” says Dr Kushelew.

Patients with a history of cold sores can see reactivation after having injectables in the lip.

Dr Hkeik assures us we have hit peak ‘duck lips’ – the infamous overblown mouth created from too much or badly placed filler in the lips. Ditto the ‘stunned mullet’ look characterised by the glossy, expressionless, over-botoxed forehead.

“The main trend now is a natural look.” Dr Kushelew says. “Getting the balance is really important between the upper and lower face. You have to assess as a whole, not just part of the face so it looks age appropriate in terms of the whole face.”

“Every face is perfect but has a few missing pieces of the puzzle,” Dr Hkeik says. “Our job is to determine which is missing, and keep people looking real and natural. You don’t leave any trace.”

The ACCS has produced a useful information brochure for anyone considering a cosmetic medical or surgical procedure that can be downloaded here:

The author can be contacted at Irene@drkushelew.com

Other useful articles are are below. You can just click on each to go to the articles.