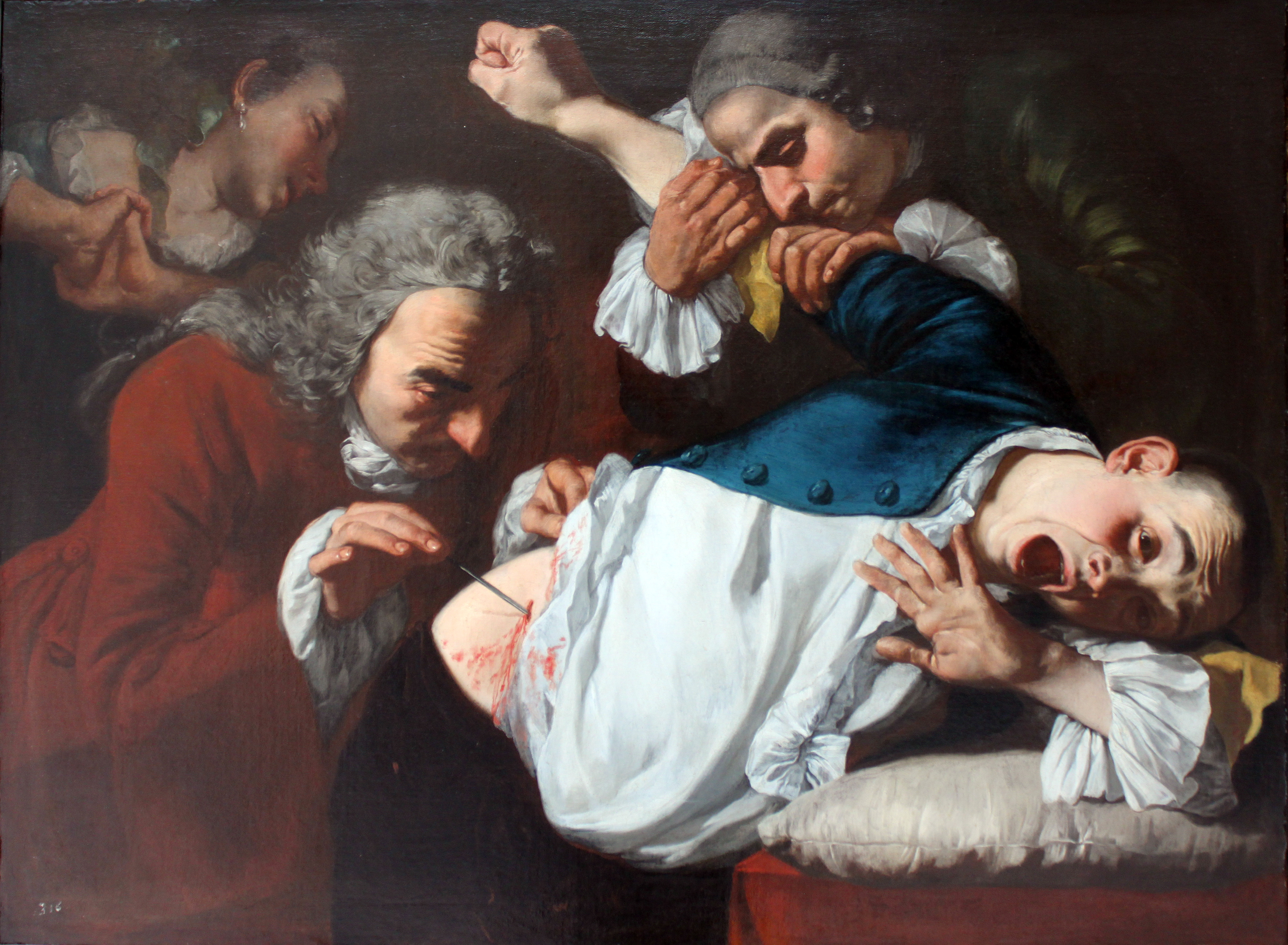 We’ve all encountered that moment. “I don’t like needles”, says the patient. Then the trouble begins. This isn’t simply a dislike of something uncomfortable, this is a full-blown phobia. From the frightened child who’s immunisations are due, to the tattoo–covered 30 year old guy quaking in the corner, fear of needles is common, and can pose a real treatment challenge.

People who have needle phobia will often avoid healthcare settings, so estimating incidence is very difficult. A best guess puts the incidence at between 3.5 and 10%, with up to 20% of the population having a fear rather than an actual phobia of needles.

In the Diagnostic and Statistical Manual of Mental Disorders, Fifth Edition (DSM-V), needle phobia is considered part of a group of specific phobias of blood-injection-injury type. In the 2015 ICD-10, needle phobia falls within the diagnosis code of “blood, injection, injury-type phobia”, under the classification code of “mental and behavioural disorders” – anxiety, dissociative, stress-related, somatoform and other nonpsychotic mental disorders (F40-F48), phobic anxiety disorders (F40).

DSM-V made several changes to this category to prevent the over diagnosis of specific phobias based on the overestimation of danger or occasional fears. A person no longer has to demonstrate excessive or unreasonable anxiety for a diagnosis of specific phobia. Instead, the anxiety must be “out of proportion” to the threat considering the environment and situation. Needle phobia certainly falls within this category.

DSM-V also recognises the very high familial links with needle phobia, with up to 80% of people reporting a first-degree relative with a similarly significant phobic reaction. An extreme vasovagal response is the most common of these. In the majority of patients, the physiology behind this is a sudden fall in the initial expected increase in blood pressure and pulse immediately following exposure to a needle. This results in syncope. The evolutionary biologists argue this to be an adaptive response whereby a person sustaining a puncture injury would faint to reduce their blood pressure and heart rate, thereby, allowing clotting to occur.

True or not, this syncopal response can end up being a vicious cycle whereby the mere thought of a needle triggers syncope. These patients can take several hours to recover post-vasovagal syncope, further reinforcing the negative associations with needles. In the most severe cases, this response has caused death. The postulated mechanism in these instances has been the pairing of artherosclerosis with a severe vasovagal response, such that a myocardial or cerebral infraction results.

There are another group of needle phobics who make up about a quarter of those experiencing a severe reaction to sharp, pointy objects. These people don’t faint but are rather responding to classical conditioning. These are the patients who have had a previously negative experience with needles e.g. being held down for an injection, or being sutured without adequate local anaesthetic.

How to deal with needle fear

After seeing this happen time and again in my early training, I went looking for another means of assisting patients through painful procedures. In the decades before it gained wide-spread acceptance in Australia, I travelled to Canada to study play therapy. This provided me with a suite of techniques to use at the bedside or in the clinic without having to take the longer course of action required to actually redress the needle phobia – something not possible given the immediacy of many patients needs in the emergency setting.

Now, most emergency departments and clinics in Australia at least have a bubble blower or stickers or a toy box to distract a young patient during a painful procedure. There are many more techniques available and for those interested they can have a look at the short-course offerings by Play Therapy Australia. With a bit of imagination, a number of these techniques can be adapted for older patients too.

If a patient is recognised as having a needle phobia, a longer term option can include a combination of cognitive behavior therapy with systemic desensitisation. This involves using anxiety management strategies, such as breathing, visualisation and relaxation exercises, to lower BP and alleviate the physical symptoms of anxiety from being misinterpreted as a serious threat i.e. “I’m having a heart attack”.

Added to this might be a graded exposure to the phobic stimulus, such that the patient progressively learns to have control over their fear. Some of these anxiety management approaches are suitable for use with a patient in a clinic or hospital setting. And these can both reduce anxiety and the time taken to safely get the patient and practitioner through the procedure. However, in the most pronounced cases of needle phobia, a patient would likely benefit from referral to a psychologist.

The bottom line is the need to recognise that needle phobia is a real issue for a number of our patients. Their reaction can be severe, very difficult to manage, and not amenable to reason. Pleas for rationality or telling someone to just toughen up have no chance of working. They are very likely to make the situation worse.

We are often in a position to assist our patients through the use of supportive techniques. And we can also reduce the burden created by classical conditioning from a poorly managed painful procedure. Teaching effective management techniques should occur early in medical training. And having a few techniques up our sleeves can substantially improve both the patient’s and our own stress related to painful procedures, even if it only seems to be only minor in our own eyes, such as giving an injection.

Comment PHNs Political TheHill What GPs think about their PHNs