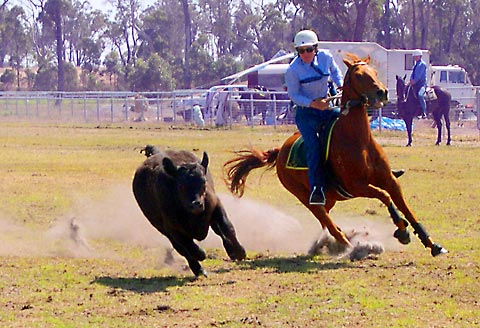 The National Association of Medical Deputising Services (NAMDS) has lashed out ahead of the May federal budget, warning there could be a community backlash if the viability of after-hours services is eroded in regional areas.

The lobby group, comprised mostly of companies in the private equity-backed National Home Doctor Service group, complains it has been shut out of consultations on possible changes and says its doctors are outraged at unfair attacks on their reputations by the RACGP.

In a new TV advertising campaign to be launched next week, NAMDS will characterise medical home visits as an essential community service that saves taxpayers money but is under attack from “vested interests”.

An online campaign is already under way, with ads showing a young mother with a sick child receiving treatment at home.

“As a community we can protect home visits, but we must act now,” the voiceover says.

In a statement on Tuesday, NAMDS President Dr Spiro Doukakis said 74% of Australians polled on the organisation’s behalf would regard a roll-back of after-hours services as a breach of Prime Minister Malcolm Turnbull’s promise not to cut Medicare.

“The government has refused to even guarantee public consultation on the MBS Review which is looking at Medicare home visits, leaving doctors and patients fearing that the service is on the chopping block,” he said.

He said home visits had been a hugely successful health policy, enabling emergency doctors and GPs to treat patients at home at lower cost “for urgent issues that don’t require emergency care”.

Cuts to the service (either through reducing the workforce or cutting the Medicare items) would mean hospital emergency departments would be flooded with new patients (with non-emergencies) and would send the home doctors broke, NAMDS said.

Service closures would start in these areas where the viability of the service is most fragile, including:

Long-established after-hours providers, which have distanced themselves from NAMDS, want the sector to abandon direct advertising to consumers, which is blamed for stoking demand.

Dr Doukakis said after-hours doctors were “fed up and frustrated by ill-informed claims about their level of training”.

The RACGP has long been adamant that only accredited GPs or doctors on a GP training pathway should be allowed to do after-hours home visits, focusing on the prevalence of IMGs, hospital doctors and registrars in after-hours work.

“Currently those premium rebates are often being claimed by doctors who do not have any postgraduate or specialist qualifications in general practice, at a cost to the taxpayer and Medicare of over $250 million in the last year alone.”

On the same program, Health Minister Greg Hunt voiced his concerns about alleged rorting of urgent items and suspicions that corporate after-hours services were prospering at the expense of regular GP clinics.

Early last year, NHDS indicated some 80-85% of its claims were billed as urgent.  Medicare figures show lucrative urgent after-hours claims leapt from just over one million in 2014 to 1.5 million last year.

The Rural Doctors Association of Australia is asking the government to tread carefully in redrawing the rules.

“We urge the government to ensure that, in any amendments it makes to stem the blowout in Medicare after-hours billings, it does not unintentionally impact on the much-needed after-hours care services that have been provided in rural communities by local doctors for many years,” RDAA President Dr Ewen McPhee said.