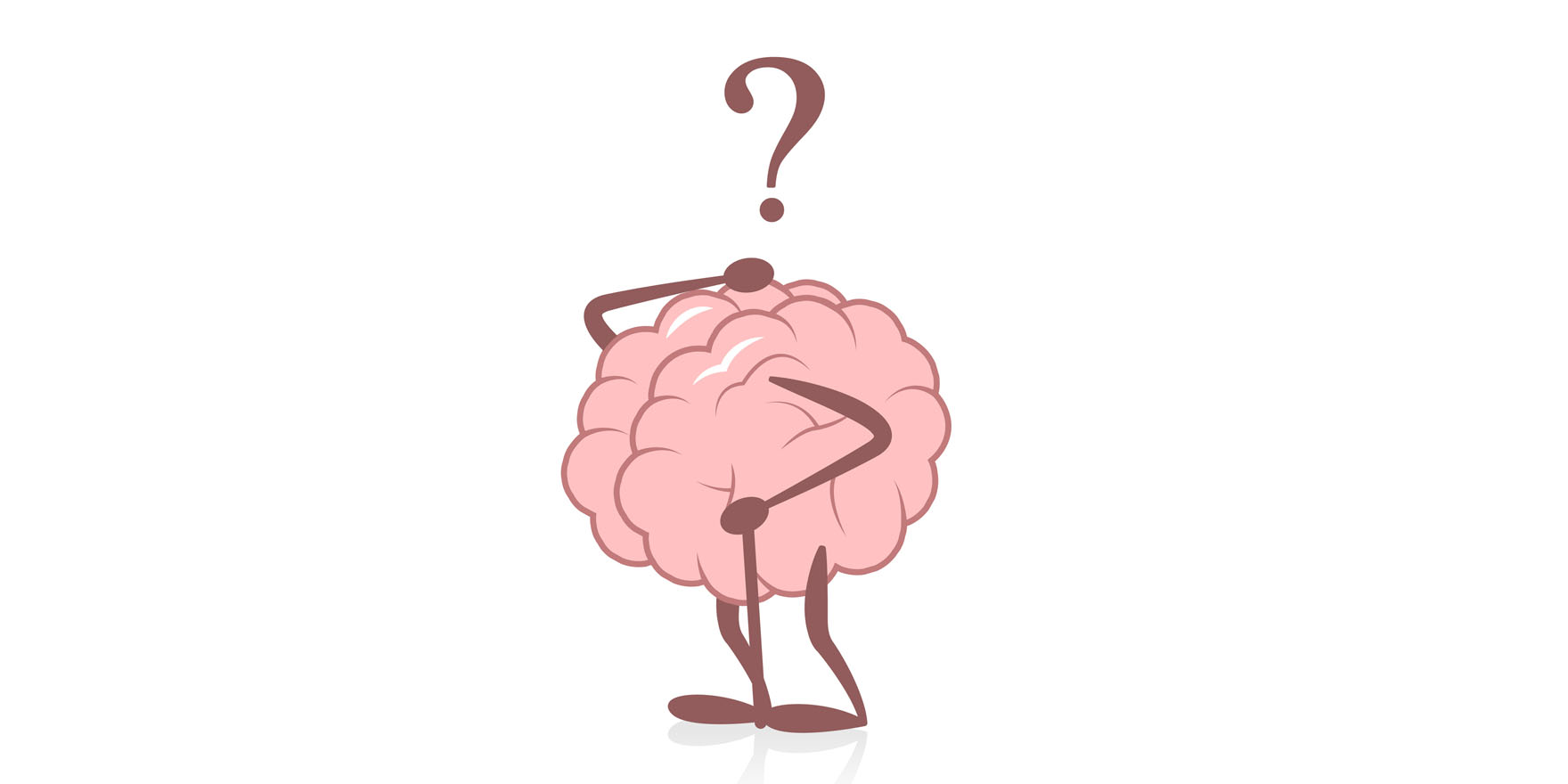 With dementia diagnoses on the rise, multi-component lifestyle interventions are needed to reduce the risk of cognitive decline, writes Dr Malvindar Singh-Bains

As of 2018, approximately 436,366 Australians live with dementia and these numbers are expected to increase to more than one million individuals by 2058.2 Dementia has become the second leading cause of death in Australia3 and the single greatest cause of disability for Australians over the age of 65.4

In terms of financial impact, dementia is estimated to cost Australia more than $15 billion in 2018, and with the current statistics, these costs are projected to be more than $36.8 billion in the absence of a medical breakthrough by 2056.5

In more recent times, it has been widely acknowledged that some individuals experience a degree of memory loss greater than that traditionally experienced with ageing, without any other overt signs of dementia.

This has been termed Mild Cognitive Impairment or MCI.

It is currently estimated that individuals diagnosed with MCI have a three to five times increased risk of developing dementia than others of the same age.6 Therefore, delaying the progression of MCI to the development of conditions characterised by significant dementia, such as Alzheimer’s disease, would significantly reduce the prevalence of dementia in Australia and worldwide.

So how can clinicians aid the global effort to prevent cognitive decline and foster an environment for better brain health for patients? Here, we investigate some methods and evaluate their efficacy and the evidence behind them.

A systematic review of 664 studies were screened to determine whether there was an association between the Mediterranean diet and cognitive impairment.7

Taken together, pushing the motto “What’s good for the heart, is good for the brain” is a beneficial strategy for clinicians to advocate for the Mediterranean diet for patients at risk of dementia.

This training includes repeated problems and exercises that are designed to work out and drill impaired cognitive abilities under various conditions. This approach is most often used for improving cognitive functions such as speed of processing, useful field of view [the visual area over which information can be extracted at a brief glance without eye or head movement] and attention.

Cognitive training can also result in improving meta-cognition (i.e. the knowledge that participants have about memory mechanisms and their own memory), and cognitive self-efficacy (i.e. the idea that participants can practice some control over their cognition).

A Cochrane review of all randomised controlled trials of mental engagement/cognitive training interventions between 1970 and 2007 evaluated the effectiveness of cognitive training programs to improve memory in normal and MCI adults aged 60 years and older.9

The results of the review suggests that for both healthy adults and individuals with MCI, immediate and delayed verbal recall improved significantly through cognitive training treatment compared with no treatment.

However, based on these large reviews, it is unclear if the improvement is attributed specifically to the cognitive intervention. One major limitation of these studies is the need for researchers to use larger samples of participants and randomised controlled designs. The population of individuals living with MCI is heterogeneous and not everyone with MCI will progress to dementia.

This heterogeneity increases the importance of relying on relatively large sample size studies.

Furthermore, the identification of proper outcome measures for these studies is crucial. Most nonpharmacological studies of MCI have used cognitive symptoms as their endpoint. Yet, conversion to dementia may be viewed as a more appropriate outcome.

Considering that MCI and dementia are now seen as a continuous spectrum, there may be an advantage in using symptom progression as a useful outcome.

However, the manner in which progression is quantified and defined needs to be determined. Thus, a consensus among all the researchers working on cognitive training for individuals with MCI needs to be reached to provide standardised guidelines for the improvement of cognitive training as a treatment option. 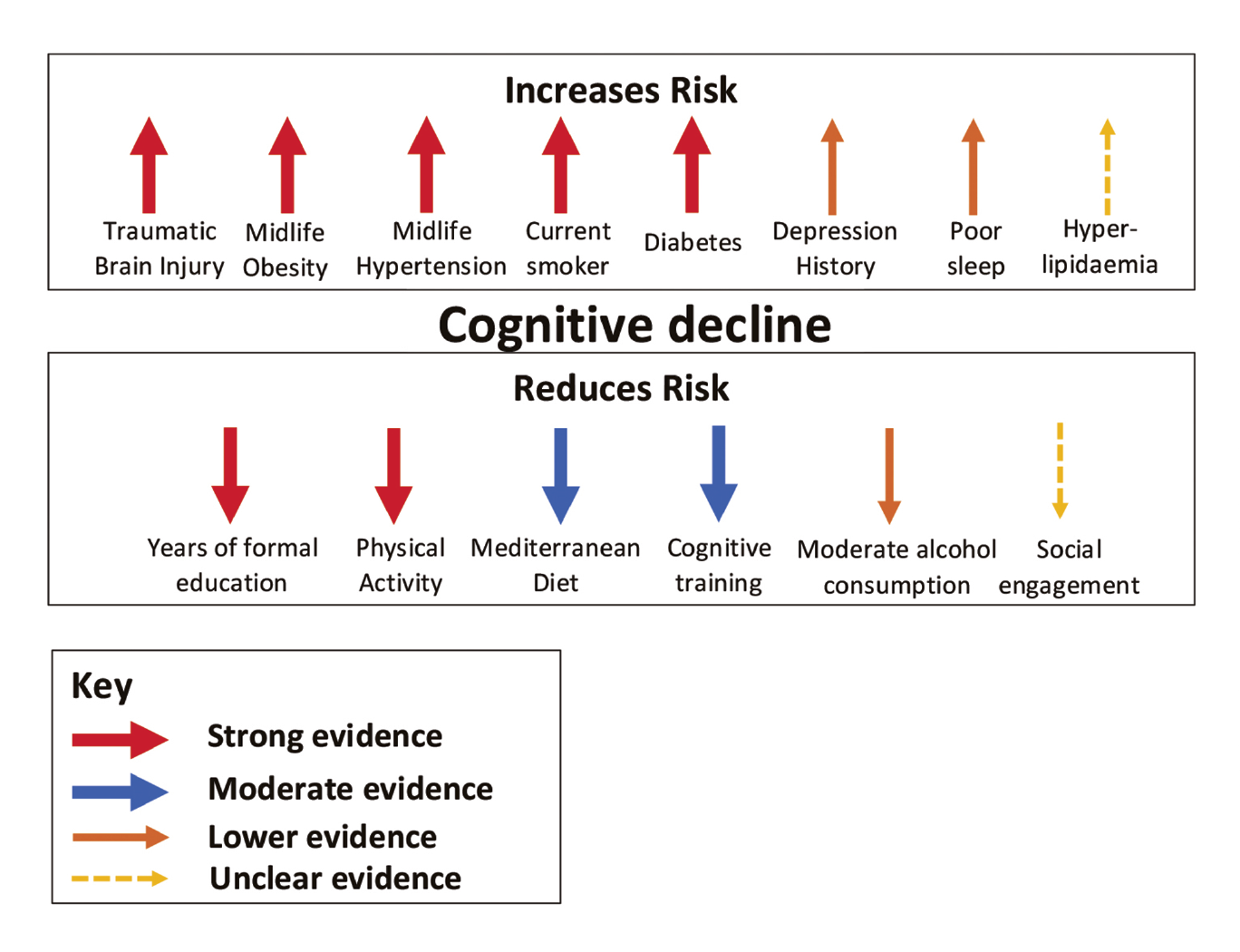 A MULTIFACTORIAL APPROACH TO DEMENTIA

Some of these studies have sug gested that higher levels of educational attainment in these specific cohorts supports the accumulating evidence that formal education is beneficial for reducing the risk of cognitive decline and dementia.12, 13

Some studies have also noted that the declining dementia incidence and prevalence in these cohorts also had substantial improvements in managing cardiovascular risk factors (diabetes, obesity, smoking, and hypertension) as well as declines in smoking, heart disease and stroke.

Therefore, given that most cardiovascular risk factors are connected to a general notion of a healthy lifestyle, focusing on a single lifestyle factor (i.e. simply adjusting diet or enforcing cognitive training approaches alone) may be insufficient to reduce an individual’s risk of developing dementia. More recent studies suggest a more effective strategy to tackle dementia is to address multiple risk factors simultaneously.14, 15

The idea of a multifactorial approach to reduce the risk of cognitive decline was tested in the Finnish Geriatric Intervention Study to Prevent Cognitive Impairment and Disability (FINGER).

Taken together, clinicians can advocate for multi-component lifestyle interventions to reduce the risk of cognitive decline for elderly patients.

The diagram on this page (above) summarises the current risk factors thought to have the most significant impact on the rate of cognitive decline.

It must be noted that cognitive training and enforcement of the Mediterranean diet have “moderate” levels of evidence to suggest a reduction in cognitive decline.

Therefore, combining these methods with physical activity and management of risk factors thought to increase the risk of cognitive decline (especially cardiovascular factors) encourages a more cumulative approach to tackling MCI and progression to dementia.

The following resources are helpful for general practitioners when discussing brain health related activities for patients with mild cognitive impairment and dementia:

Dr Malvindar Singh-Bains, PhD, is a Freemasons Research Fellow at the Centre for Brain Research at the University of Auckland and co-chair of Huntington’s Disease Youth Organisation NZ

(4) Australian Institute of Health and Welfare (2012) Dementia in Australia