Life after cancer is more than just survival 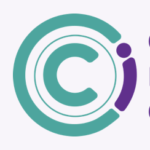 Sequelae, overdiagnosis and out-of-pocket costs are among the things that need to improve for patients.

More than a million Australians live with some form of cancer – a figure predicted to almost double by 2030, according to the Cancer Council.

Over the past decades, progress in the diagnosis and treatment of cancer has resulted in amazing improvements for patients.

Today, more than ever, a large proportion of patients affected with cancer survive their disease, and this is especially so not only for some of the more common cancers, such as breast and prostate cancer, but also for some less-common cancers such as acute lymphoblastic leukaemia, where survival rates are above 90%.

However, there is more to life than survival.

For many cancer patients, life after a full course of treatment is more about surviving than living a full, thriving life. Life-long detrimental side effects, including psychological sequelae, organ malfunction and even new cancers are all on the table for some cancer survivors.

An ongoing problem affecting patients with cancer and other conditions is possibly unnecessary or inefficient testing or treatment. When screening a patient for cancer, the ultimate goal is to detect an early-stage cancer or lesion, where treatment will have a positive outcome, such as reduced morbidity and increased survival. For some conditions, such as cervical cancer, this has been clearly been shown. A 2016 study found that, among 11,619 women, screening prevented 70% of cervical cancer deaths, mostly because of surgical interventions that removed preneoplastic lesions. Comparable results have been reported in other studies.

However, not all early-stage cancers or preneoplastic lesions develop into an invasive cancer – which takes us to the concept of overdiagnosis. Although cancer treatment is clearly successful for many, for some patients, making a cancer diagnosis – with all the subsequent treatment and potential side effects – offers them no benefit, as the cancer would never have manifested in their lifetime.

In Australia, a 2020 study suggested that around 11,000 cancers in women, and 18,000 in men, are over-diagnosed each year. These are people who would most likely have led a perfectly normal life without any medical intervention. These figures strongly suggest that more research is needed to better assess the risks/benefits of screening or treating patients with no symptoms or with slow-growing or innocuous cancers. This staggering number of possible overdiagnoses also reflects the need for more efficient communication between patient and clinicians. Patients need to be able to make a clear and well-formed decision about which treatment is right for them, and this can mean no treatment.

Evidence from recent studies on  low-risk papillary microcarcinoma (PMC), or breast cancer provide some evidence for the need to improve how we communicate with patients about the risks and benefits of cancer screening and treatment.

In the PMC study, for example, researchers found that the majority of interviewed patients reported that their condition was originally diagnosed as a result of an unrelated imaging test. They also reported that surgery was the only option discussed and offered to them, but they also indicated that active surveillance is not something they would have been interested in, had the option been given. This reluctance towards active surveillance may be a reflection of a lack of proper doctor-patient communication about the risks and benefits of different treatment options.

For breast cancer, the most common reference to overdiagnosis comes from data showing a significant increase in incidence following widespread screening. For the USA, for example, one study estimated that between 1976 (when breast screening was introduced) and 2008, the incidence of localised breast cancer and in-situ ductal carcinoma more than doubled, from 112 to 234 cases per 100,000 women. However, the expected benefits of this increased detection did not follow.

During this same time period, presentations of women with late-stage cancer decreased by only 8%, from 102 to 94 cases per 100,000 women. The authors of this study concluded that about 1.3 million American women were over-diagnosed for breast cancer over the past 30 years.

A recent qualitative survey of almost 3,500 patients with cancer by the international organisation All.can provided some valuable insights into patient satisfaction with their cancer care. Issues such as inefficiency in diagnosis, lack of information about treatment options and high out-of-pocket costs were some of the those identified by patients.

The Australian Institute of Health and Welfare recently reported that patients spent $30.6 billion out of pocket during 2017-18 on health-related expenses for a wide range of conditions. A third of this figure comes from medications not subsidised through the PBS. In Australia, the cost of cancer care is estimated to hover around $6.3 billion, according to a 2018 study. Unfortunately, nation-wide data for out-of-pocket expenses in cancer care is not currently available for Australia, but some recent studies provide a glimpse.

A 2020 study found that among cancer patients living in outer-metropolitan and rural areas of Western Australia, 98% and 95%, respectively, reported significant out-of-pocket expenses related to their cancer care. In some cases, these expenses could reach up to $106,000 for outer-metropolitan patients and up to $20,482 for rural patients.

A 2017 survey from the Cancer Council reported that among 560 respondents, 35% declined some of their treatment because of out-of-pocket costs.

Clearly, more research is needed to understand the magnitude of this problem and get a national figure of out-of-pocket expenses in cancer care. But the problem is not just about money.

We need to change the system
The standard medical approach to cancer is focused on survival and reduction of morbidity. Patients’ opinion on how they rate their recovery is not always part of the health care algorithm.

In cancer care, there is usually more than one treatment pathway, and sometimes no treatment (and active observation) or a reduction in treatment is the best strategy. But patients are not always informed about their options or about potential outcomes. For example, one study found that among 788 prostate cancer patients, almost 41% reported making treatment decisions on their own, 45% reported a shared decision-making process between them and a physician, and 13% reported that their treatment was decided by the physician alone.

With these study findings in mind, a new movement is seeking to design a better way to treat cancer patients. Value-based health care focuses on improving health outcomes that matter to patients at the best possible cost to both the system and the patient. In Australia, a new initiative focused on value-based health care is seeking to help cancer patients improve their most important outcomes.

The Continuous Improvement in Care – Cancer Project (CIC Cancer Project) seeks to help cancer patients by improving every stage of their treatment pathway, from diagnosis to life after active treatment has concluded. Variations and gaps in care will be identified and new research implemented to address these, with a focus on obtaining the outcomes that patients want, not just what the system perceives is success.

Improvements also include a more comprehensive evaluation of possible treatment options, including a breakdown of out-of-pocket costs for patients as well as realistic short- and long-term health outcomes. The project got started through support from the Cancer Research Trust, and has now attained the support of major players such as WA’s Department of Health, the Cancer Council and all major WA universities, and through funding from the Western Australian Health Translation Network and the Australian Government’s Medical Research Future Fund (MRFF).

“Putting the cancer patient and their family at the centre of any health care system – measuring the outcomes that we can achieve which are most important to that patient, and tracking the cost of delivering those excellent outcomes – is the only way we can get real value in our health practices,” said Christobel Saunders AO, a professor of surgical oncology at UWA and chief investigator at the CIC Cancer project.

At the heart of the CIC Cancer Project is the feedback received from cancer patients, who provide the building blocks on which CIC Cancer determines what needs to change to pave the way to optimal treatment pathways. Based in Perth, the CIC Cancer Project has teamed up with five public and private hospitals in Perth to measure value-based outcomes across five cancer types: breast, prostate, colorectal, ovarian and lung. The project involves a wide range of stakeholders, including patients, clinicians, health service providers, health economists and researchers, among others.

The first step in the project is data collection, which involves collecting information about patient’s characteristics, diagnosis and treatments, cost of care and patient-reported outcomes. Data is recorded across all stages of the cancer care pathway, from diagnosis and treatment to survivorship and end-of-life care.

But the CIC Cancer Project is much more than just a data-collecting hub. The ultimate goal is to produce a change in the system. A great example of value-based health care put into practice by the CIC Cancer project is a pilot project of bundled care for the treatment of early breast cancer, for patients who have chosen to go through private health care.

The bundled-care pilot pathway, created for patients with early breast cancer, was made possible by the amalgamation of private health providers – including surgeons, radiologists, oncologists and allied health –  with a private hospital, private health funds, researchers and patients, and led by a large private radiation oncology provider. Patients will also have access to a patient navigator to help steer them through the often-complex system.

“This is very important in Australia where we have a dual system and in fact our public system relies on the fact that some pressure is taken off it by patients choosing to go privately,” Professor Saunders said.

Patients have their whole care pathway mapped, discussed and clearly explained, with known out-of-pocket expenses across the whole pathway. This approach saves patients money by avoiding unnecessary treatments, medicines or consultations. For example, by using molecular profiling tests, some patients may be able to avoid chemotherapy.

“I think the package is a fantastic idea. I kept an excel spreadsheet,” a patient involved in the pilot program said. “I went through the private system as well. After three years, I was $35,000 out of pocket. When people can look at it as a whole amount and factor it into their decision making, this is really important.”

The significant reduction on patients’ treatment costs is only a part of the benefits. Improving efficiency in health care may come from better pathways, such as shorter length of stay, as well as more targeted and less invasive treatments, such as intra-operative radiotherapy, and with access to elements of precision medicine such as tumour molecular.

This coordinated, patient-centred care provides more efficient care, beyond the treatment plans provided by the standard multidisciplinary team meetings organised for cancer patients. Our work has already provided some exciting outcomes. “We have just completed a big project on this via All.Can Australia, and, in fact, the federal government is so excited by it they are planning to fund a pilot of it in the public system,” Professor Saunders said.

The path ahead is a long and winding road, but it is a path in the right direction. CIC Cancer is collecting PROMs (Patient-reported Outcome Measures) data from ovarian cancer patients, and analysing datasets on lung, breast and other cancers. The team is applying for new grants and working towards the design of improved data analysis and visualisation protocols, engaging with healthcare providers to design new bundles of care programs, and disseminating findings in conferences and papers.

“Our vision is to understand the needs of patients and not just improve patient outcomes. By measuring value and acting on variations, we can change the whole way the health care system works so that patients’ needs are met,” Professor Saunders said.

Cancer How to prevent 100 lung cancers