Letter from GOD: Your dog is the key to your soul 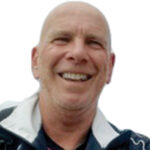 And sometimes a hound is better than a husband.

A month in this dusty one-pub town has convinced me that it’s true – people do take after their dogs.

Consider Jill, a fit-looking woman in her 50s. “A dog? Me? Oh no, doctor, I am nowhere near well enough to cope with a dog! Here, to make things easier for you, I’ve itemised the main things wrong with me today.”

After half an hour with her, I understood why Jill doesn’t have a dog. There are none with enough hypochondriacal misery to match her.

Dogs don’t present to the vet with inventories of incurable woe and those with genuine chronic illness are taken on by kind-hearted disability support pensioners.

Tammy, an insulin-dependent diabetic with a full hand of complications, is devoted to Uno, a blind Jack Russell with a dodgy hip.

Rhonda, a 75-year-old oxygen-dependent, emphysema sufferer, adopted Rex, an 11-year-old Maltese terrier with heart failure, from the lost dogs’ home. No effort or expense is spared on the care of Uno and Rex.

The wise widow doesn’t make the same mistake twice. When looking for a companion to replace a spouse, she avoids dogs that remind her of the shortcomings of her husband.

Lois lost Bill a year after moving into town.

“He got fat and lazy when we left the farm, died at the kitchen table at 10 in the morning after a big breakfast. Bacon, eggs, sausages and fried tomato. Always said he wanted to go out on a full stomach.”

There is not an ounce of fat on Lois and she’s always on the go.

“Seven grandchildren, president of the CWA, secretary of the bowls club, I visit the nursing home twice a week and a sizeable garden. Luckily, I’ve got Col, a retired kelpie to help me out. He keeps the chooks off the vegie patch and rounds them up of an evening. Good company at night too. Never alone if you’ve got a book in your hand and a dog at your feet.”

Connie, a precisely groomed, ex-kindergarten teacher, wears her auburn hair in a tight bun and keeps a well-trained cocker spaniel.

“Chaucer rolls over at the back door to have his feet wiped with paper towel before coming inside. He knows the rules. My late husband was forever traipsing mud through the house.”

Thin and angular, Snow was dying when we met, unlike Trixie, his well-rounded chocolate lab. A life-long heavy smoker, the “shadow” on his chest X-ray came as no surprise and he was adamant he wasn’t having any treatment.

“Can’t see it doing any good. I’ll stick it out at home and see things through with Trixie.”

I asked about family and friends.

“There’s just me and the dog. Never married. No family. Dad had a blue with his brother when I was a kid and we moved into town to run the butcher’s shop. My cousin and his boys are still on the farm but we’ve hardly spoken in 50 years. They’re a shifty mob, up to their eyeballs in debt last I heard.

“That American bloke who said, ‘The more I see of some people, the better I like my dog’, knew what he was talking about. Anyway, I’ve done pretty well out of the shop. Just sold the business to the young fella workin’ for me. Be able to pay someone to give me a hand if I need to.”

He didn’t need to.

Bad news travels quickly in the country. Within days the cousin’s youngest boy and his partner had moved in “to look after poor Uncle Snow and his dog.”

Trixie was unimpressed. Normally sociable and a good eater, she withdrew to her kennel, refused all food and rapidly lost weight. The vet was unable to help and the question of who would go first, Snow or his dog, became a matter of local speculation.

Snow made the call and had her put down.

“I knew she was suffering, Doc. Had her since she was a scrawny pup, runt of the litter. Don’t reckon she liked the thought of going on without me.”

The relatives agreed, telling everyone that “Uncle Snow has done the right thing by the poor dog.”

He died two days later, leaving his house, a portfolio of blue-chip shares and $200,000 cash to the lost dogs’ home. The cousin’s boy and his partner threatened to contest, but the will was up to date and watertight. They returned to the farm bitter and empty-handed.

No man and dog could take after each other more strongly than Snow and Trixie.

The way they died franked the wisdom of Mark Twain: “If you pick up a starving dog and make him prosperous, he will not bite you. This is the principal difference between a dog and a man.”

He had nothing to say about cats.

Dr Max Higgs, aka Grumpy Old Doctor, is a former country GP, a rural and remote locum and a collector of storie.

Grumpy Old Doctor Letter from GOD: Magpies and other orphans