Hey baby! Why can’t I massage out my blocked milk ducts or mastitis? 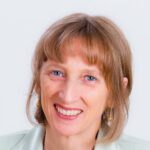 Learn more about the causes of these conditions, as well as nine evidence-based tips on how to manage them.

“I’ve been trying to massage out this clogged duct for the past week, every time I put her on the breast or when I’m in the shower or getting changed. But the blockage hasn’t gone away and worse, a couple of other lumps appeared. I had a high fever overnight and today I feel absolutely awful.”

Mastitis means “inflammation of the breast”, but the term lacks consensus when applied to lactation.

It is conventionally understood to refer to an inflammation of the lactating breast, characterised by a localised lump with erythema and pain. Systemic symptoms, including fever, myalgia and rigor, may or may not be associated.

Mastitis affects about one in four breastfeeding women in the first six months postpartum, with 70% of cases occurring in the first eight weeks post-birth.1, 2 The incidence of mastitis varies widely across locations, a situation that a recent systematic review suggests may be because mastitis is mostly preventable.2

Healthy lactating breasts are often lumpy, but these lumps decrease or disappear after breastfeeds.

A blocked duct has been described as a palpable and persistent lump that develops gradually, sometimes associated with localised tenderness or pain, in the absence of erythema or systematic symptoms. A blocked duct is best understood as a form of inflammation that is less severe than mastitis on a spectrum of benign inflammatory presentations in otherwise healthy lactating breasts, and which may worsen into a mastitis.

What causes blocked ducts and mastitis?

As a result, there are two key steps for both prevention and treatment of blocked ducts and mastitis:

Very frequent opportunities for milk removal result in frequent milk ejections (most of which aren’t felt by women).

These mechanical forces are:

When should antibiotics be prescribed for mastitis?

Current clinical protocols recommend antibiotics once mastitis (however it is defined) has been present for 12-24 hours, or immediately if the mastitis occurs in the presence of nipple pain.8, 9 But a 2013 Cochrane review found insufficient evidence to support antibiotics in the treatment of mastitis.10

In general, Australian doctors prescribe more than twice the amount of antibiotics relative to our European counterparts.11 It is not surprising, then, that 77%-89% of Australian women and 86%-97% of United States women diagnosed with mastitis are prescribed antibiotics, with comparable rates in New Zealand and Canada.12-14

But Scandinavian women diagnosed with mastitis or breast inflammation are much less likely to be prescribed antibiotics: 38% in a Finnish study and 15% in a Swedish study.15, 16

In the latter 2007 study by Kvist et al, 85% of 210 episodes of mastitis in 205 breastfeeding women recovered without recourse to antibiotic therapy, having received help that included a fit and hold intervention, recommendation to increase frequency of breastfeeds, and daily phone follow-up so that women were more confident tolerating symptoms until they resolved.16 This study also showed that nipple damage did not increase the need for antibiotics, and that abscess developed in 3% of cases, regardless of antibiotic use. Regardless of country or rate of antibiotic prescription, abscess is found to develop in about 3% of women diagnosed with mastitis.14, 17

A number of studies have shown decreased microbiome diversity and increased counts of Staphylococcus aureus in the milk of women with mastitis,2, 18-20 but recent human milk microbiome research also shows that the assumption that Staphylococcus causes mastitis and must be eliminated with an antibiotic is much too simplistic.21-23

In a 2008 comparison of the milk of 192 women with mastitis or breast inflammation and 466 healthy breast milk donors, Kvist et al found no correlation between higher bacterial counts and symptoms. There were no differences in bacterial counts between those prescribed and not prescribed antibiotics, or those with and without breast abscess.24

Fever is the body’s immune response to an inflammatory process and is not necessarily due to bacterial overgrowth or infection.25 Aggressive fever suppression with antipyretics may even worsen inflammation.26, 27 High levels of leukocytes and c-reactive protein in patients with mastitis indicate inflammation, not a bacterial load, and are not usually helpful investigations.28  The 2007 Kvist et al study found that 52% of women presented with a fever, between one and seven days after the onset of symptoms. But there was no association between fever at presentation and the need for antibiotics.16

Unfortunately, the presence of even small quantities of antibiotics in human milk alter microbial diversity and possibly the resilience of the maternal milk and gut microbiomes, and the baby’s gut microbiome. Polymerase chain reaction (PCR) analysis shows that antibiotic administration reduces Lactobacilli and Bifidobacterium counts in human milk.29

Over the past decade or more, the high rates of antibiotic use in women with mastitis has been challenged, noting the World Health Organisation’s urgent call for antibiotic stewardship in the context of the “slow motion catastrophe” of global antimicrobial resistance.14, 24, 30 Antibiotics remain a treatment of last resort, when the signs and symptoms of breast inflammation accompanied by fevers persist without resolution over a period of days, or once the women’s symptoms are particularly severe.

What is evidence-based management of breastfeeding women with blocked ducts or mastitis?

Other commonly used interventions for blocked ducts and mastitis, such as positioning the infant so that the chin or nose points to the area of inflammation, advice to “drain” the breast, oral lecithin, probiotics or therapeutic ultrasound, are not supported by evidence.22, 33-39

A more detailed version of this article is available here.