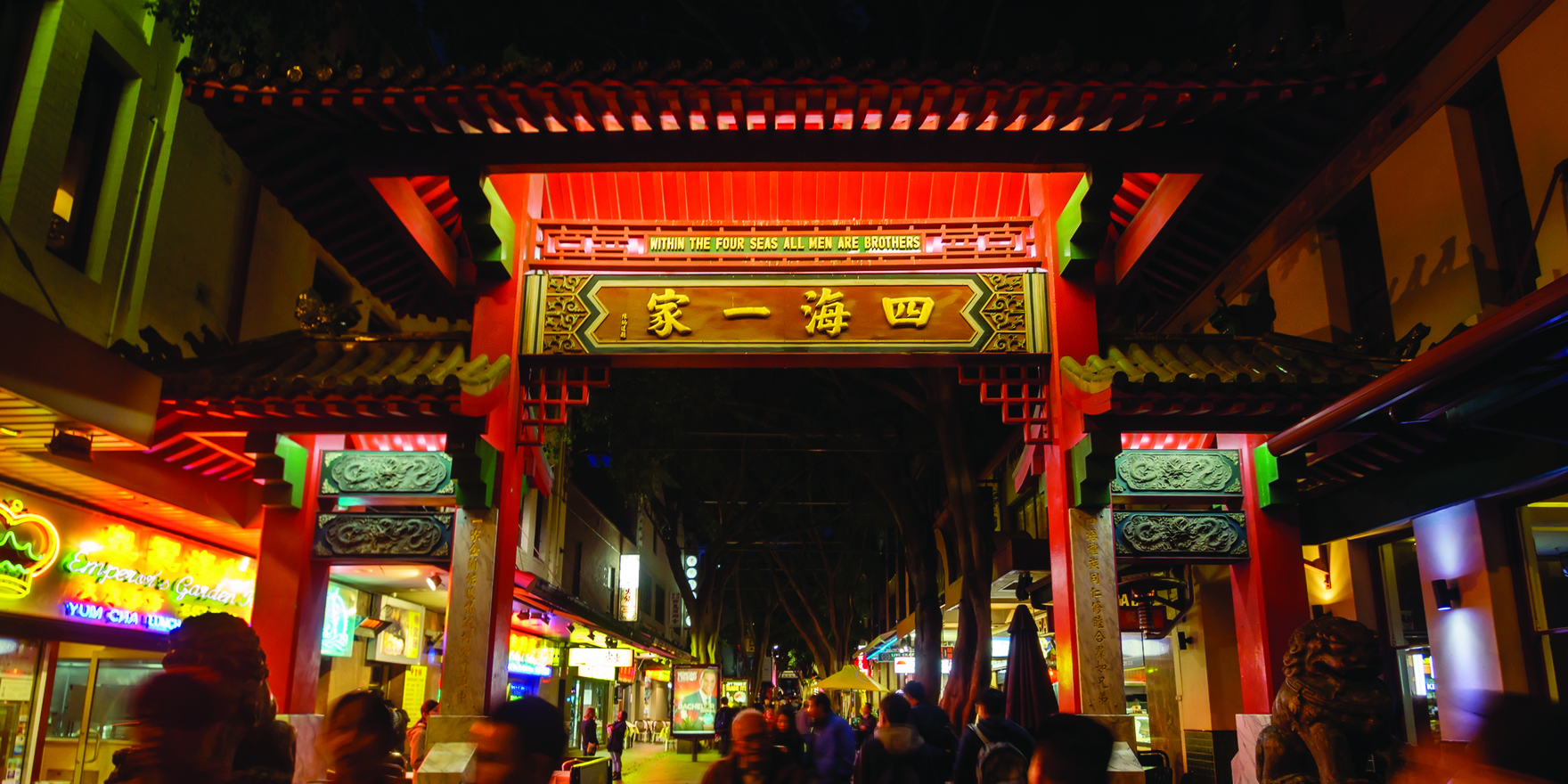 With almost a quarter of a million Australians living with chronic hepatitis B, experts warn of a looming epidemic

Amid the sunshine and celebrations around the new hepatitis C cures, a dark cloud is looming, unnoticed by many.  Our region of the world is home to around half of all cases of chronic hepatitis B, despite only accounting for a quarter of the world’s population.

Now, Australian experts want to bring a spotlight to the disease, making testing and monitoring as routine as mammograms and heart health checks.

An estimated 240,000 people now live with chronic hepatitis B in Australia, or 1% of the population, a larger number than HIV and hepatitis C combined. It has been called a silent epidemic, because many have no idea they have the disease until it is too late.

Liver cancer is the fastest growing cause of cancer death in the country, and the majority of that is driven by chronic viral hepatitis, in particular hepatitis C which is thought to account for about 40% liver-cancer death.

But that is expected to drop as unprecedented numbers of patients are treated with the new hepatitis C drugs and cured.

And while we do not yet have a cure for hepatitis B, treatments are currently available that can significantly improve health outcomes for people who live with this chronic disease.

But they are not being accessed.

“We have not seen anywhere near [those hep C treatment rates] for the treatment uptake of hepatitis B, and in fact, the proportion of people receiving [hep B] treatments has been stuck at between 6% and 7% of people living with hepatitis B for years [compared to] our national strategy target of 15%,” infectious disease physician Associate Professor Benjamin Cowie said.

There are several reasons for this.

“Fundamentally, hepatitis B was a victim of its own success. A lot of people, for a long time, thought the vaccine was there and that was going to get rid of hepatitis B,” said Professor Cowie, who is also director of the WHO Collaborating Centre for Viral Hepatitis at the Doherty Institute. “A lot of people were relaxed into thinking ‘This is a vaccine preventable disease, we’re vaccinating all the kids born here, so we don’t have to worry about it.’”

Australia had essentially reached the goal of vaccinating 95% of the population’s infants and young children by 2016.

We’re not seeing a huge spread of new infections in Australia, as is seen in conventional epidemics.

Instead, we are seeing an increasing number of people who have been living with hepatitis B for a long time, having been infected mostly at birth or in early childhood, migrating to Australia, Professor Cowie explained.

Only one in 100 Australians have hepatitis B, but the figure is much higher among certain groups.

It is estimated that two in three, or as many as three quarters, of people living with the chronic infection here were born in endemic countries, in particular the Asia Pacific region, but also Mediterranean Europe and sub-Saharan Africa.

One in 10 migrants from China will have the infection, many without being aware of it.And while the majority are migrants from high-prevalence countries, indigenous people make up 11% of those affected.

People who inject drugs account for almost 6% of infections, while men who have sex with men make up less than 5%. Australian-born, non-indigenous, and no risk factors make up almost 13%.

Despite the widespread belief that hepatitis B is most commonly contracted through sex, these days most people with the disease acquired it through maternal transmission. Up to 90% of babies infected with hepatitis B will develop a chronic infection, and as many as one in four people with a chronic infection die from liver cancer or failure if not adequately monitored and treated.

Compared with hepatitis C, where now at least three in four of those infected know that they are positive, only an estimated 62% of Australians with hepatitis B are aware they have it.

“The fact that we’ve still got more than 80,000 people in our country who have hepatitis B, most of them since they were born or earlier in life, and still haven’t been tested is really tragic,” Professor Cowie said.

“We are continually seeing people present with liver cancer who were born in high-prevalence countries and have been living with hep B their whole life and either no-one tested them, or no-one did anything about the test result, despite the fact we’ve had effective treatments on the MBS for 20 years now.”

He said two thirds of the risk can be encapsulated with just two questions: “Where were you born?” and “Do you identify as Aboriginal or Torres Strait Islander?”

Hepatitis B occupies a strange space in public perception.

Worldwide attention and energy understandably shifted to HIV in the wake of the tragic and shocking deaths of the 1980s, and this mobilised community and medical groups to improve testing and treatment and the development of innovative drugs.

Similarly, the invention of the revolutionary hepatitis C drugs invigorated efforts by governments and clinicians to address and combat that disease in the community.

Not so for hepatitis B.

“Hepatitis B is clearly lagging well behind hepatitis C at present and Australia must accelerate efforts across the board,” CEO of Hepatitis Australia, Helen Tyrrell, said in a statement last year.

Australia’s first National Hepatitis B Strategy was launched in 2010, a decade after the launch of the hepatitis C strategy, and the third iteration is currently under development.

Ms Tyrrell said she hoped it would be the catalyst needed to allocate funds and identify direction to get Australia on track towards its elimination targets.

As a WHO member country, Australia has pledged to eliminate hepatitis by 2030. While we may even beat that by a few years for hepatitis C, the picture is less rosy for hepatitis B.

A recent mapping report by Australasian Society for HIV, Viral Hepatitis and Sexual Health Medicine and the Doherty Institute unfortunately revealed that testing, as well as monitoring and treatment, rates are lower than the targets and vary substantially across the country.

“Although no specific target has been set in the national strategy for this indicator, all people living with chronic hepatitis B should be receiving either monitoring or monitoring and treatment, and 16.9% is well below optimal levels for effective management of people living with chronic hepatitis B at a population level,” the authors of the report said.

The Primary Health Network of Southwest Sydney blew past the national average, with 37% engaged in treatment or monitoring, and was the only area to reach and exceed the treatment target, by engaging 17% of the affected population in treatment.

To try to understand what was behind these gaps in the cascade of care, Sydney researchers looked at what was happening in primary care in southwest Sydney, a region known for its high prevalence of hepatitis B, but also its accomplishments in addressing that burden.

So they interviewed 123 GPs in the area who had at least one patient with chronic hepatitis B between 2012 and 2013, publishing their findings late last year in the Sax Institute’s journal, Public Health Research and Practice.

“We found that, although GPs working in a chronic hepatitis B high-prevalence area were confident with contact management and believed it was primarily their responsibility, the majority encountered difficulties when doing this,” they wrote.

The most common problem the doctors encountered was that a contact was a patient of another doctor. But GPs also described problems with patients not providing contact information, not returning for their results or not returning to the practice.

Unfortunately, there’s no guidance on a national level about who is ultimately responsible for contact tracing, and leaving this in the hands of individual practitioners is often time-consuming or costly.

While there is plenty that individual clinicians can do, major change is likely to need a systems approach.

“We can’t just sit back and issue policies and expect they’ll be followed without any support to the people we’re expecting to implement them.”

This is why hopes are pinned on the development and publication of a new national strategy to coordinate action and allocate resources.

But in the meantime, help may come from an unexpected quarter.

FOLLOWING IN FOOTSTEPS of hepatitis c

The drastic changes in the world of hepatitis C management could have important knock-on effects for hepatitis B.

Pharmaceutical companies have enjoyed record-breaking sales for their hepatitis C drugs, which may embolden those interested in investing in cures for hepatitis B.

Dozens of drugs are in the development pipeline currently, and the fact that hepatitis B is so widespread, particularly in countries with major buying power such as China, would make the development of a potential cure even more attractive to manufacturers.

But there are some important differences in hepatitis B and C in Australia.

From the start, the affected communities are primarily marginalised ones – migrants from Asian and African countries and Aboriginal and Torres Strait Islander people. Healthcare access is typically poorer in these groups, as are health outcomes for many chronic diseases.

In the current political climate, affected communities might not want to draw undue attention to a health problem related to where someone was born, Professor Cowie pointed out.

There is also immense stigma within some communities around hepatitis B, meaning there are fewer people speaking publicly about their experience living with the disease, a strategy that has been powerful in destigmatising diseases such as HIV and hepatitis C and making them a public-health priority.

Perhaps it should come as no surprise that such misconceptions persist, when even in the RACGP’s Red Book hepatitis B only appears in the context of either vaccines or STI screening. There is no mention of it in the context of preventative health, chronic disease management or migrant or Aboriginal and Torres Strait Islander health.

But there are other structural barriers as well.

Until only a few years ago, hepatitis B drugs were largely only available from hospital pharmacies, and even now GPs have to undergo specialist training to be able to prescribe these section 100 drugs.

According to the mapping report, only 157 clinicians, be they specialist or GP, were accredited to prescribe by the end of 2016.

“Now if there’s one thing that the hep C direct-acting antiviral uptake has shown us, it’s that to really scale up treatment you’ve got to get it out of the hands of specialists and into the hands of GPs who can then see their patients for their hepatitis along with everything else they’re doing,” Professor Cowie said.

Without it, he believes “there is just no way that we’ll ever get treatment uptake to the levels we need”.

Yet, in one of those bizarre quirks of bureaucracy, GPs can now able to prescribe both hepatitis C medication and PrEP for HIV prevention without any of the added training required if they wanted to prescribe section 100 drugs.

“How crazy is that?” Professor Cowie said.

Calls to change these restrictions could be met in the next year by a government keen to reduce costs.

The most commonly used hepatitis B drugs are off-patent, and the benefits of allowing GPs to administer this treatment has been proven by the hepatitis C experiment.

While they are not cures like hepatitis C drugs, the hepatitis B medications are generally well-tolerated and with one pill a day, patients can expect to see a 50-75% reduction in their risk of liver cancer within five years.

In some patients, liver scarring can be reversed with the treatment.

“Why should people have to go and see a specialist in the hospital every six months just to get a repeat script for a tablet?” Professor Cowie asked.

“What that does to waiting lists for hepatitis and liver clinics alone is nuts.

“I think the time is right.”