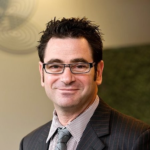 Risk factors are feeble predictors, but coronary artery CT allows us to see the disease forming.

The leading cause of death in Australia is heart disease and for a significant proportion of those people, their first presentation of heart disease is sudden, and often deadly.

We have many early detection programs for other diseases such as breast cancer and colon cancer that have been proven to save lives.

Sudden death from heart disease more commonly affects younger working age people in their 50s and 60s than cancers and other chronic diseases. About 11% the population will die of coronary vascular disease.

Fundamentally, risk factors are a guess – a best guess, but only a model about individual risk. They are used because historically, there has not been a way to visualise the actual disease process.  In the same way we use a mammogram to look for early breast cancer, the development of coronary artery CT scans now allows us to easily visualise the disease (atherosclerosis) and its potential complications (narrowings) of the coronary arteries.

Trials show that coronary event prediction by CT is much more robust on its own than risk factor scores and that it is additive to risk factor scores. This makes intuitive sense as risk factors define risk which is not the same as demonstrating the disease. Who would you think was more at risk? An elderly man with high cholesterol or a young woman with a significantly abnormal CT scan? It isn’t the elderly man.

Risk factors are still very useful to treat if the patient has the disease; lowering cholesterol for example, is of demonstrated benefit in those with coronary artery disease. As with all diseases, preventing disease by managing risk factors is the most effective and least cost to the health system.

However, identifying disease before there are complications is still much more preferable to the individuals concerned and also more cost effective for the community than treating patients who present with symptoms or worse, sudden death.

Regardless of benefit, the current cost to look at everyone’s coronary arteries with CT would be prohibitively expensive. When would you look? How often? If a case was made to government to review the cost benefit analysis of screening for life threatening coronary artery disease, it would likely be rejected on this basis.

However, if technology could decrease the cost and difficulty of reviewing and reporting coronary CT angiograms, widespread use to detect treatable disease in high-risk individuals would be more affordable and potentially the cost benefit for the wider population could be significant.

There has been extensive research into, and now development of, efficient technologies that are leading the way in AI detection of coronary artery disease here in Australia, including the University of Western Australia-supported technology steered by Professor Girish Dwivedi.

These technologies have the potential to obtain fast and effective analysis of coronary CT scans using AI algorithms in minutes to create images and reports that would ordinarily require significant time by current imaging technologists. This AI approach may allow clinicians to see many more patients at a significantly lower cost, potentially up to one-third depending on the healthcare funding environment.

There is a future potential opportunity to make a societal impact with earlier detection, should governments, payers and health systems be willing to change patient care models.

Currently we still need further research to assess whether and at what age and frequency early detection of heart disease would be cost-effective. But evidently, our goal should be to focus on an affordable and accessible option for treating patients with early coronary artery disease, not symptomatic late disease.