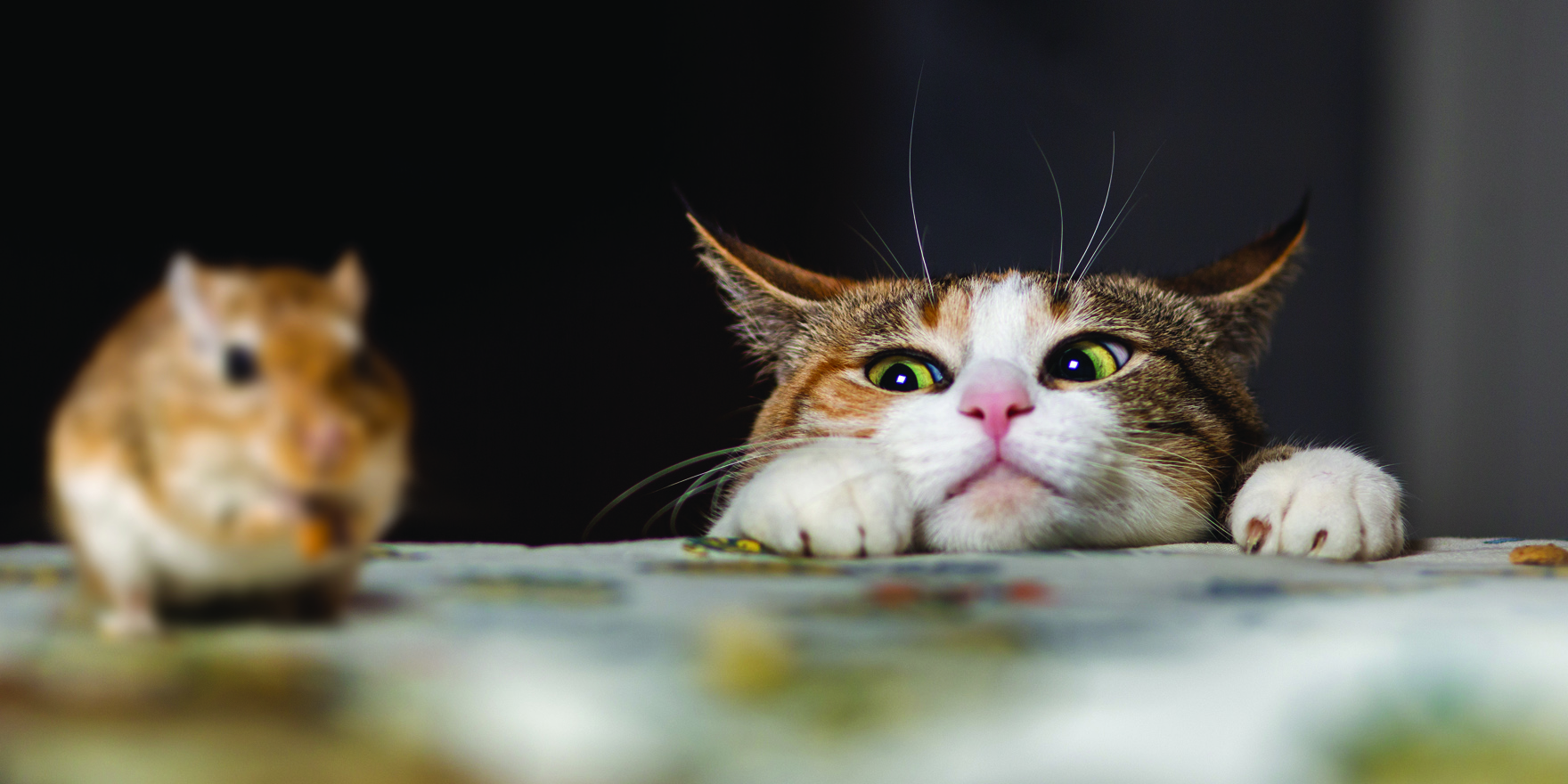 Gut bacteria play a role in lung health. But the complex relationship between the two is still not well understood

Something strange happens when you grow mice in a sterile environment, quarantining babies away from would-be bacterial hitchhikers.

Think of it as the rodent equivalent of the “Bubble Boy” – mice raised in segregated plastic rooms free of all bacteria, viruses, fungi and parasites, except that this is for investigators to better understand what the point of our co-habiting microbial communities is.

These mice appear to be more adventurous and less anxious than their healthy peers raised in normal laboratory conditions. They are also more vulnerable to pathogens.

When scientists first discovered that the gut wasn’t sterile, and in fact inhabited by trillions of bacteria bustling about their business, the prevailing theory was that these were mostly harmless.

But the last decade has seen an explosion of research into our microbiome, especially the gut microbiome, which appears tied to everything from obesity and diabetes, to depression and autism.

Some go as far as to call the gut microbiota the “second brain” and the “forgotten organ”, and it has become clear that there is a critical window in early life when establishing a healthy gut microbiota sets the course for the body’s lifelong immune health.

Now, scientists think the gut microbiome might be key to understanding the epidemic of allergic diseases that has grown up in developed countries over the last three decades.

Our bodies are home to trillions of microbial cells which live in a symbiotic relationship with us. They are found everywhere from the mouth, to the skin and the genitals.

“There’s been increasing evidence that the microbiomes are not just passengers but actually active components of human health and function,” says Professor Mimi Tang, head of allergy and immune disorders at Murdoch Childrens Research Institute.

One of the emerging area of research focus is the relationship between the gut and the lung, known as the “gut-lung axis”.

Chronic lung diseases have long been known to occur alongside chronic gastrointestinal tract diseases, with chronic obstructive pulmonary disease patients having a risk of inflammatory bowel disease two or three times higher than the general population and up to half of patients with inflammatory bowel disease also have lung problems, such as impaired respiratory function.

Patients who have viral respiratory infections commonly have intestinal symptoms as well, and research suggests that changes in the gut microbiota can be tracked over the progression of different lung diseases.

While the relationship between the gut and the lungs is complex and not well understood, researchers are beginning to understand the importance of this cross-talk in our overall systemic health.

To test out the theory that certain gastrointestinal microbes played a protective role against allergies and asthma, a team of researchers from Boston in the US, and Kiel, Germany, compared reactions to an allergenic trigger of two groups of mice, one with a normal gut microbiota and another that was germ-free.

The germ-free baby mice were delivered via caesarean section, lived in sterilised cages, were given sterilised food and breathed filtered air.

What the researchers found was that the mice raised without a gut microbiome had significantly higher numbers of invariant natural killer T (iNKT) cells in their lungs, which are vital to the immune system and fighting infection but have also been implicated in chronic inflammatory diseases such as asthma and inflammatory bowel disease. These germ-free mice also had a more severe allergic response than those raised in a normal lab setting, suggesting the gut microbiota affects immune response by modulating iNKT cell levels.

A number of other mouse studies have backed up the link between a disrupted or absent gut microbiota and a reduced ability to fight off bacterial and viral respiratory infections. But to take things further, the team wanted to find out if introducing these germ-free mice to a microbiota in adulthood helped at all.

Surprisingly, what they found was that introducing a microbiota later in life had no benefit when it came to iNKT cell levels, mortality and morbidity.

This suggests there is a window in early life that is critical for healthy immunity.

“The interactions that occur in the first 1000 days of life, from the time of conception through to the end of around the second year, between the gut microbiota and the immune system set your disease risk for your lifetime,” Professor Tang says.

Interventions in this early period have the greatest capacity to truly adjust disease risk over the lifetime, whereas the same interventions later on in life can only adjust it in a minimal way, she says.

However, modern interventions can have disastrous effects on the early gut microbiota research appears to suggest.  Children born by Caesarean section birth have different diversity in their gut microbiome than those born vaginally, and are more at risk of conditions such as asthma, allergic rhinitis, food allergies and obesity. Caesarean section robs babies of an exposure to the mother’s vaginal and faecal flora, which help, at least in part to colonise the infants’ gut with certain types of bacteria. Studies of infants born via Caesarean section suggest they are colonised with strains of bacteria more commonly found on the mother’s skin.

The role of breastfeeding

Breastfed babies are exposed to particular bacteria from their mother’s milk, which also contribute to the infants’ colonisation of their gut microbiota. Formula with probiotics does appear to help colonise the baby’s gut with healthy bacteria to a certain extent, but not as effectively as breast milk, which may help by having both probiotic and prebiotic elements.

During this pivotal microbiota development window, antibiotics can wreak havoc, limiting the microbial diversity of the child’s gut microbiota potentially for many years afterwards.

Recent mouse studies show that a disrupted microbiota, with low bacterial diversity and abundance, is associated with immature immune response and a heightened risk of allergic inflammation.

Part of this research is discovering how natural processes involving the development of the gut microbiome contribute to overall health, and how interventions have inadvertently interrupted that process.

“As a society we’re trying to reinvent the wheel,” Dr Eliana Marino, head of the immunology and diabetes research group at Monash University, says.

“In the era of antibiotics we thought that we had to kill all the bugs that make us sick with infections. But what happens when you use antibiotics is that you also deplete and kill your good gut bacteria.”

How to fix it?

When it comes to the gut-lung axis, the gut’s ability to launch an inflammatory response could be key.

Dietary fibre is held up as one of the most important prebiotics, because when gut bacteria encounter fibre, the fermentation process produces short-chain fatty acids. Short-chain fatty acids are a major source of energy for bacteria, and also have anti-inflammatory properties.

In 2014, a study by Swiss researchers showed that these metabolites appeared to protect against allergic airway disease. When the researchers fed mice with a high-fibre diet, the concentration of circulating short-chain fatty acids increased, but when mice were given a low-fibre diet, the concentration of the metabolites dropped and there was an increased allergic airway disease.

A diet rich in fibre has also been shown to shift the ratio of firmicutes to bacteroidetes in the gut.

The majority of the bacteria in our gut belong to one of those groups, and studies have linked the ratio of firmicutes to bacteroidetes to a range of different pathologies.

While bacteroidetes seem to dominate in the gut in a human’s younger years, the ratio flips by old age when firmicutes are the main bacteria.

Similarly, the intestines of obese people show a shift towards a higher ratio of firmicutes, which could be driven by high fat intake.

Research also suggests the gut microbiota could have a role in modulating regulatory T cells, which prevent autoimmune and allergic responses.

Studies on germ-free mice have found that they have fewer regulatory T cells, and a diminished ability to control inflammation in the lung, Dr Marino says. That, in turn, can lead to asthma, she adds. 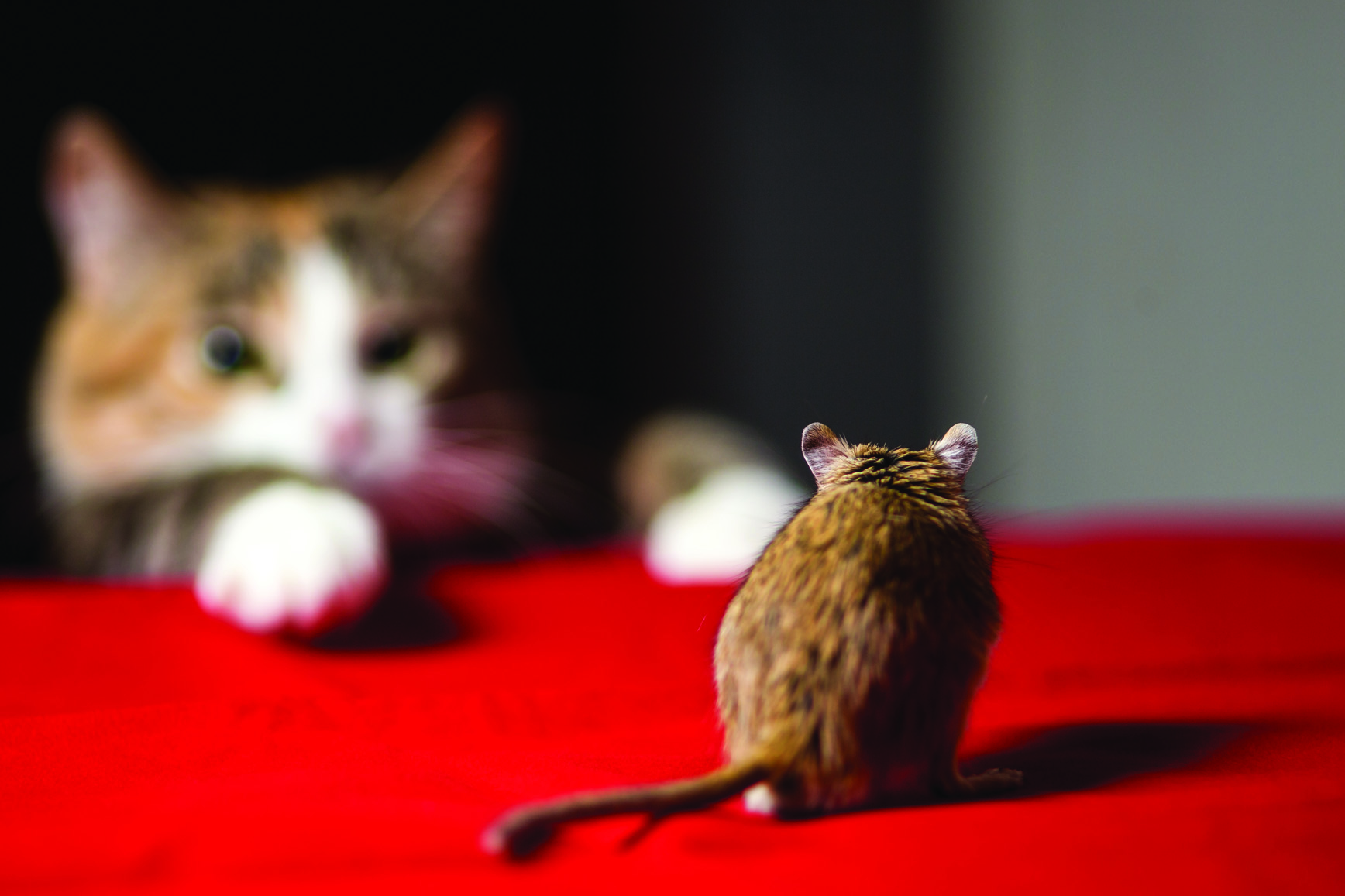 Excitement in the research sector has gone hand-in-hand with excitement in the private sphere, with an industry of probiotics and supplements jumping up to fix the thing people are just learning they had.

Unfortunately, the evidence for probiotics is, as yet, unconvincing. For adults, the most important tool to promote good bacteria is prebiotics, or the diet, Dr Marino says.

The most important nutrient for gut bacteria is fibre, and that’s why eating a diet rich in vegetables, fruit and whole grains is so important. She points to studies of the Mediterranean diets, which include plenty of vegetables and fruit, as well as quality oils.

Populations on this diet have reduced incidence of asthma, she adds. On the other hand, Western diets are laden with fat and simple carbohydrates, both of which have been implicated in poorer gut health.

Dr Marino is more sceptical about the role of probiotics and the burgeoning industry around fermented products such as kimchi, kombucha and kefir.

“Probiotics could be good for one person but not another,” Dr Marino says. “There’s not sufficient evidence to support and validate the efficacy of those.”

The problem is twofold, she says.

Firstly, probiotics on the market likely don’t have a high enough concentration of live bacteria to be clinically useful, and secondly, it could be that the bugs in the probiotic are not the right strain for your own ideal gut health.

While some speculate that bacteria diversity is the key to a healthy microbiota, it may still be too early to call, she says.

Where one person may feel fantastic on a kombucha-heavy diet, another might feel bloated and unwell.

“That could be why [probiotics] work for some people and not others, and in that regard it’s better to promote your own gut bacteria by eating the right food,” she says.

Professor Phil Hansbro, immunologist and microbiologist at the University of Newcastle agrees, stressing that the future of microbiota therapies will require a far deeper understanding of the ecosystem.

Instead of a one-shot approach like yoghurt, effective treatments will likely be a cocktail of bacterial strains and prebiotics, tailored to the exact needs of disease.

In the meantime, a lot more questions need answering.

One limitation of the research into this field is that much of it is either correlative studies, or ones based on mice.

Scientists also face difficulties in studying the make-up of individuals’ microbiota, as many of the bacteria are difficult to culture.

“It’s opened a Pandora’s box,” Dr Marino says. “The gut microbiota is very hard to study and understand because there are more bugs in your body than human cells. It’s another fingerprint that makes you unique.”