Grattan report opens up a can of worms 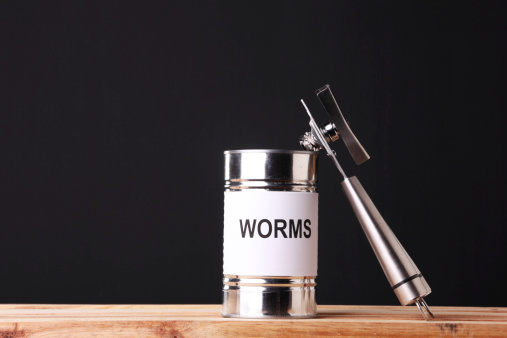 GPs are wary of a proposal that patients should be able to shop for healthcare using data on hospital performance and complication rates.

A report from the Grattan Institute said states and territories already had the data to measure the risk of complications for a patient in a given demographic undergoing a given procedure at a given hospital.

It said patients and their GPs had a right to know the risks, and clinicians should be aware of how their facility compared with others and use the information to improve patient safety and cut costs.

AMA Vice President Tony Bartone said opening such information to the public would create concern and add to the burden on overstretched clinicians.

“Australians deserve to have confidence in the public hospital system,” the Melbourne GP said.

“Rates of complications will always vary among hospitals.  All you can ensure is best practice and the best standards.

“And you will still end up with varying complication rates between facilities.  You can minimise (the disparity), you can bring it back to a norm, but you are never going to eliminate it.”

Any significant variation should be a signal to investigate and invest more in a facility, rather than lay blame and bring it into disrepute, he said.

“You don’t want unintended consequences, whereby people bypass or under-utilise a service, thereby adding to the strain on services.”

The report, released earlier this week, said one in nine hospital patients developed a complication and the rate was one in four for patients who stayed overnight, affecting an estimated 725,000 people a year.

CEO Leanne Wells said the collection of information on complications ranging from low blood pressure to vomiting and haemorrhage could pave the way for improving patient care.

“Consumers should be able to access information about their hospitals’ performance, not only to assess the quality and safety record but as a matter of public transparency to encourage best possible outcomes,” she said.

Queensland GP Dr Evan Ackermann said the report might have had a superficially noble intent, but was flawed and lacked a clinical perspective.

“The reality is, hospitals work in very difficult and complex contexts, where the choice is often between minor and major outcomes – not nil,” Dr Ackermann said.

“What is worse? Constipation, or screaming in pain from lack of analgesia? Restraint or a percentage of falls because people will try to mobilise independently without help and fall?

“Honestly, whilst all types of hospital staff are interested in improving quality, this type of reporting represents a lack of clinical insight that concerns clinicians. The response will be adverse events will stop being reported – and that will benefit no one.”

Dr Ackermann questioned the accuracy of the report, which used anonymised coded hospital data to draw a picture of patients’ experiences.

“If we truly want quality improvement in hospitals we need standardised processes and analyses supported within the hospital, not the use of an administrative database for a purpose it wasn’t intended (for),” he said.

Dr Bartone agreed clinicians should be privy to hospital complications information, but it should be in the spirit of informing best practice, not for the purpose of highlighting poor outcomes or blaming doctors.

“We all need to be able to improve on our performance when we can. But (doctors) are working in a system that is terribly under-resourced and under terrible strain.

“Of course, clinicians need to be intimately involved in the equation, analysing the data and being engaged in the solutions.”

The Grattan report – titled All complications should count: Using our data to make hospitals safer – estimated that if all hospitals were made as safe as the top 10%, more than a quarter of complications could be avoided.

“Australia appears to be making negligible measurable progress on reducing the incidence of complications in hospitals,” it said.

The report said data collection now focused on eight “sentinel events”, which were catastrophic but rare, with a small number of other hospital-acquired complications, such as fractures from falls, to be added this year.

But these accounted for less than 2% of admissions, while the figure for all complications, including accidental laceration, pressure injury, renal failure and constipation, was above 10% of admissions.