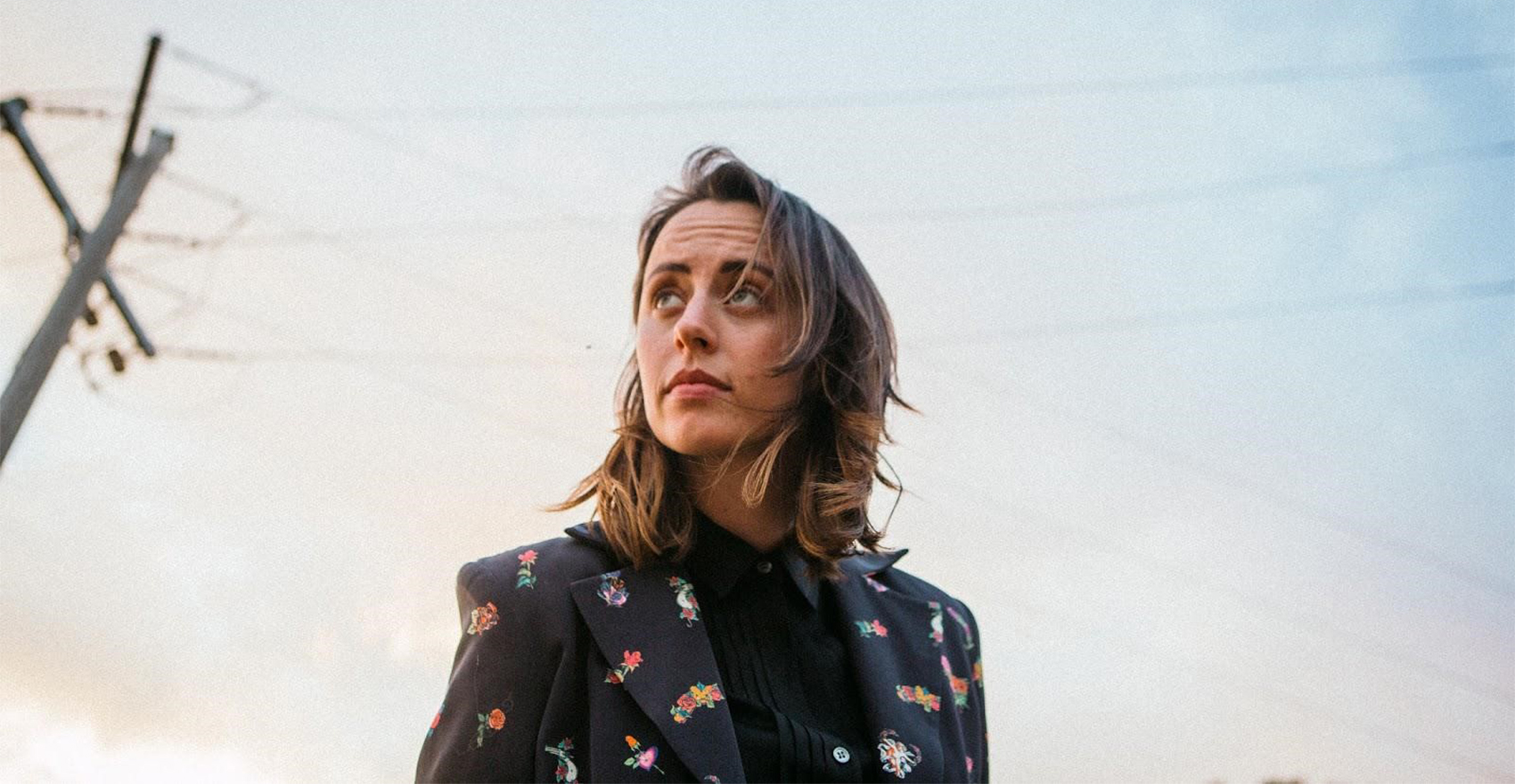 With some deranged scheduling, Dr Sophie Payten has managed to mingle two careers that she says are both ultimately about people’s stories.

Dr Sophie Payten has worked around the world – from Hobart in Tasmania’s south to the Icelandic capital of Reykjavík, along with New York, Paris, London – and in her central NSW hometown of Canowindra.

She was running on a tight schedule, performing under bright lights and high scrutiny.

But this work was on top of studying to become a doctor – on these trips, Dr Payten was on stage as singer-songwriter “Gordi”, a family nickname bestowed by her brother when they were little.

“The hardest part really was logistics. For example, I remember having a tour in 2017 around Australia and I was doing my obstetrics and gynaecology rotation at the time,” Dr Payten says.

“I’d been at the hospital [in Sydney] all week then had a show in Melbourne on the Friday and Saturday nights. On Sunday morning I flew to Perth and played a show that night, then I got in a taxi, went straight to the airport, and caught the red-eye flight back to Sydney.

“I’d left my car at the airport so on the Monday morning I drove straight to the hospital to make it there in time for rounds.”

The 27-year-old’s songs have featured in films such as Netflix’s To All The Boys: P.S. I Still Love You and TV series The Walking Dead, and she won the Songwriter Award at the inaugural Australian Women in Music Awards in 2018.

Dr Payten says the gruelling schedule did take a toll: in late 2017, with her final medical school exams scheduled a few weeks after touring her debut album Reservoir in the US, she found herself having a panic attack in the bathroom of an international flight.

She wrote about the experience in the song Aeroplane Bathroom, a stripped-back piano ballad that surrounds you with the white numbness of sensory overload.

The song opens her new album Our Two Skins, which was released on 26 June 2020.

In January, Dr Payten quit her job as a junior doctor at the Prince of Wales Hospital to tour the new album through Europe and the US – plans that were squashed by the COVID-19 pandemic.

She told the hospital she was available again, but work didn’t eventuate, leaving her feeling stuck.

“I remember calling my mum, and she said maybe this is the universe telling you to take a little break.”

Dr Payten’s “break” involved curating an edition of the live-streamed music festival ISOL-AID, which helps raise money for arts industry workers in need, and enrolling in a Master of Public Health by distance.

The common threads of medicine and music

Dr Payten’s love of both medicine and music is underscored by a keen interest in how people work – physically and emotionally.

“I think about the comparison between the two careers a lot, and essentially what fascinates me most about life is stories. In music, it’s getting my own story onto a page or getting the story of someone else and putting it in a different frame,” Dr Payten says.

“And in medicine – especially as a GP – you have someone sitting in front of you, and you have 15 minutes to hear their story, synthesise it, repackage it and present it to the person in a way that makes them feel heard and like they can take steps to improve.”

Medicine was her original career choice.

“I always wanted to go into some kind of service industry, where I was improving someone’s quality of life in some way,” Dr Payten says.

While sitting in a science class aged 15, learning about neural pathways, Dr Payten says she experienced “a clear moment” of deciding to study medicine.

“I thought, I really want to know all I can about the human body and how it works – and combining that with wanting to work in a service industry, medicine seemed like the perfect fit.”

Music had always been part of her life, but Dr Payten says she didn’t consider pursuing it professionally until her first year of university.

“When I was 12, Missy Higgins put out The Sound of White album: I remember listening to it and thinking I’ve never been so moved by anything in my life… about six years later I saw her show at the Seymour Centre in Sydney and I felt those same feelings again and thought “I want to do that, I want to make people feel this way”.

“I went home that night and made a crappy demo and uploaded it to Triple J Unearthed… it led it a bit of a snowball.”

Artists opening themselves up can invite listeners to see their own story in the songs, Dr Payten says.

“By being the most vulnerable I’ve ever been in my life in a public setting, I hope that it invites the vulnerability of the people listening.” 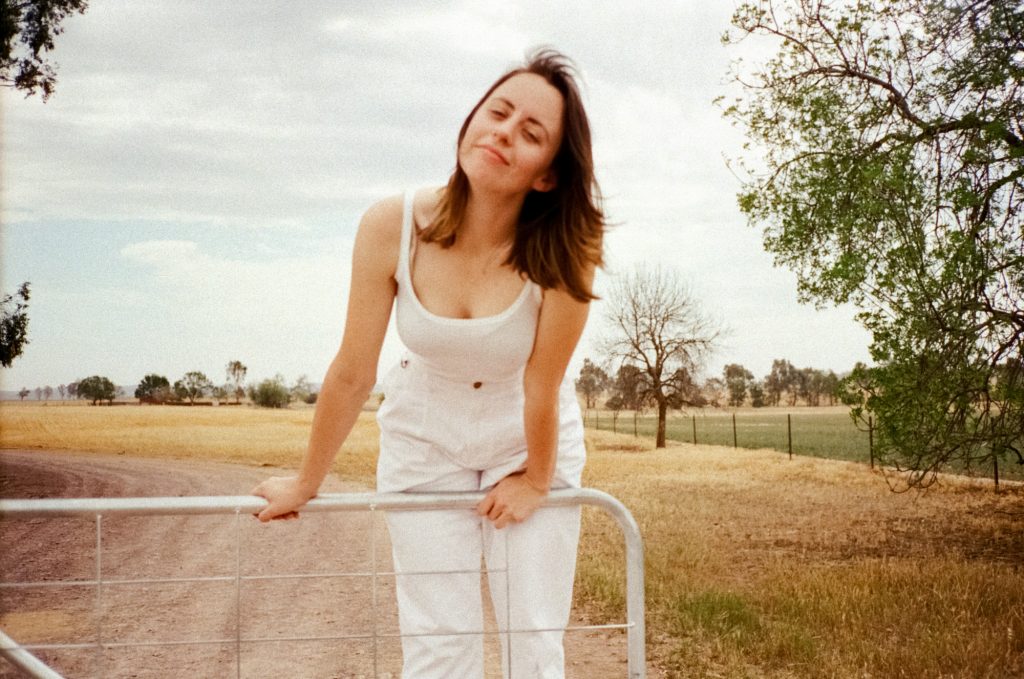 “I always wanted to go into some kind of service industry, where I was improving someone’s quality of life in some way,” Dr Payten says. Pictures: Jess Gleeson

“It sometimes feels like some sort of exorcism, I’m kind of pulling pieces of the puzzle out and I don’t really know what the picture is going to look like. Sometimes I’ll write something down and go ‘oh, that’s how I fell about that’”.

Times of life-altering vulnerability for Dr Payten are threaded through her new work.

There are the sandwiches handed around when her grandmother, whom she had a close relationship with, died, and Dr Payten realising she would never hold her hand again.

And there is being blindsided by falling in love with a woman for the first time after being in a long-term relationship with a man – something she struggled to come to terms with against the backdrop of Australia’s same-sex marriage plebiscite in 2017.

“It was pretty traumatising: finding ‘your person’ is such an amazing feeling, but then I’m turning on the TV and watching some elected leaders say I didn’t have the right to get married any more,” Dr Payten says.

“I’d had a very clear idea of what I thought my life would look like: a straight white woman with no real limitations like that. Suddenly I was thinking, if this vote doesn’t get up, I won’t be allowed to get married. It seemed insane not to have the choice, which speaks to my privilege, but it was a pretty turbulent time.”

Dr Payten says she has only had positive experiences with introducing her partner to her medical colleagues.

But the personal turmoil caused by the 2017 plebiscite prompted a shift in the way she writes.

“Thinking about someone 10 years younger than me who’s going through those things and doesn’t have a clear sense of self, I felt so sad … I’d always been an ally of the queer community but in the last three years I began to identify as queer, and I think when you identify as part of a minority you suddenly are not just writing for yourself.

“I’ve had people reach out to me and say, ‘I wasn’t going to come out to my grandmother and then I listened to this record and now I’m going to do it’, or ‘I’ve had a really hard time with loss or a breakup, and the record’s given me hope’.”

These days, Dr Payten says she is feeling more comfortable within herself.

“It’s part of this record – without trying to sound too wholesome, it’s so damn empowering to just feel comfortable in your own skin.”

And after an unsettling lull in her schedule, Dr Payten has now been called on to work in a Melbourne COVID-19 clinic.

“I’m a bit nervous, but… it’s strange sitting on the sidelines, so I feel ready to step in.”