Going back to basics 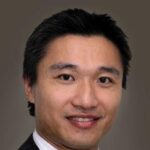 Plain X-ray imaging and CT can be highly useful, and perhaps more useful than MRI, in the diagnosis of various musculoskeletal disorders.

There was no history of antecedent traumatic event, increase in weight-bearing activity or specific trigger. However, the patient did complain of worse pain at night and on weight bearing. The patient was constitutionally well and physical examination was unremarkable.

The patient initially underwent MRI scans that demonstrated non-specific diffuse marrow oedema centred on the medial distal femoral metaphysis, near the epicondyle. There was no meniscal tear, fracture line or osteonecrosis, and although the presentation and imaging features were unusual, this was initially thought to be a form of stress injury.

The patient was referred to a rather astute orthopaedic specialist, who noted on the MRI what he thought was an osseous lesion and requested a second opinion on the MRI. On further review, there was noted a rounded T2 high-signal cortically based lesion at the epicentre of the marrow oedema, with surrounding cortical thickening and periosteal reaction. These findings prompted a trial of aspirin and non-steroidal anti-inflammatory medications, which relieved her pain, as well as a dedicated knee CT and X-ray.

On the subsequent CT and radiograph of the knee, there was confirmation of a lucent well circumscribed nidus in the cortex with surrounding sclerosis, cortical thickening and periosteal reaction. No pathological fracture or tumour matrix calcification was detected and there was no soft-tissue mass or cortical destruction of bone.

The imaging features are of an osteoid osteoma, which correlated well with pain relief following aspirin. This benign bone lesion typically occurs in children and young adults, presents with night pain and is relieved with aspirin and NSAIDs. Imaging features are classically that of a well-defined lucent or sclerotic nidus, with surrounding osteosclerotic reaction characterised by cortical thickening and periosteal thickening, as seen in this case.

This case highlights the critical importance of a careful history, and that plain X-ray imaging and CT are important first-line imaging investigations that often can be highly useful, if not more useful than MRI, in the diagnosis of various musculoskeletal disorders.