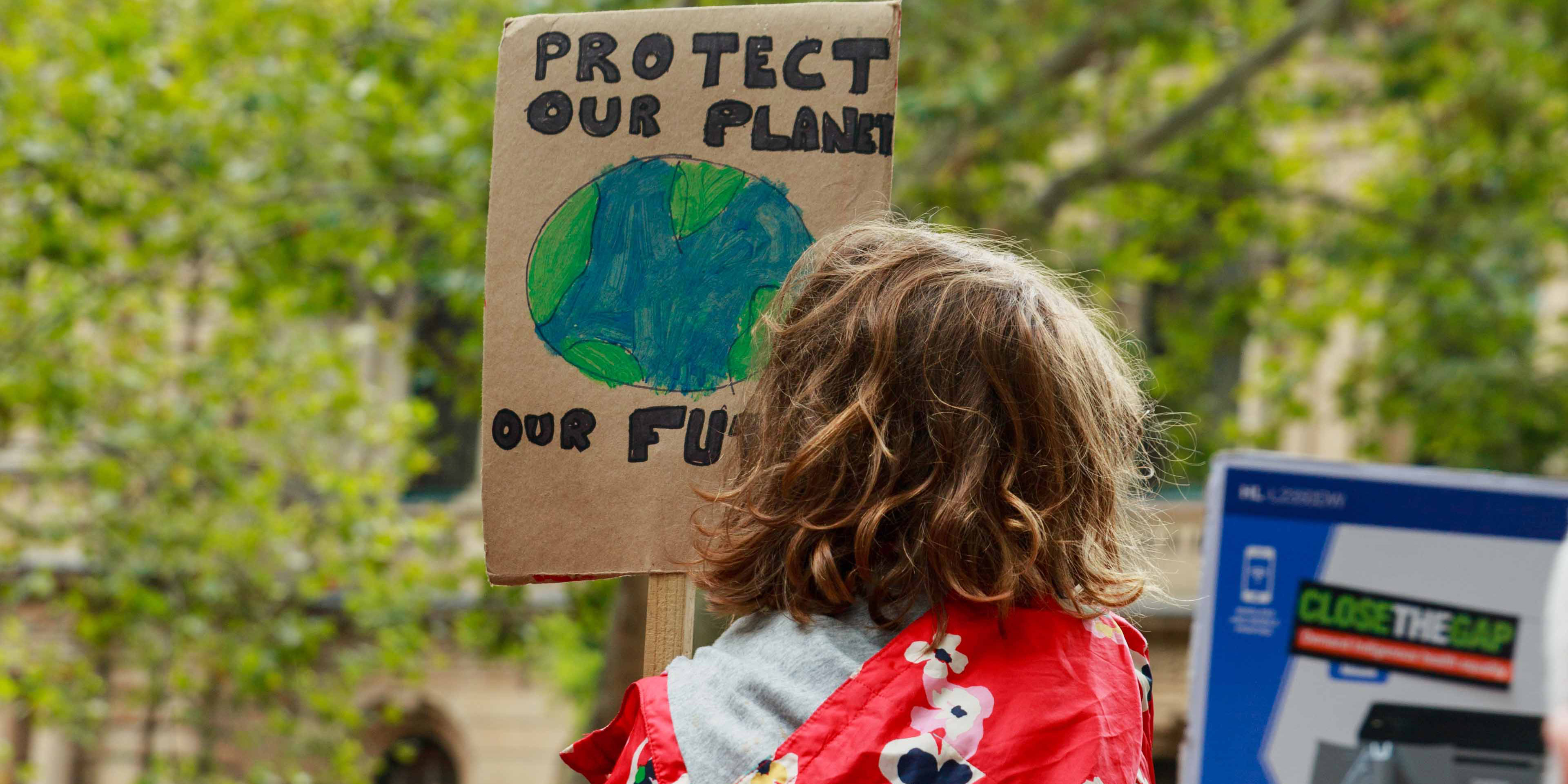 Children dressed in school uniforms climbed onto walls, shook placards, chanted and sang along to John Lennon’s ‘Imagine’. Most of the speeches were made by kids. “This is what democracy looks like,” one speaker said.

The crowds were so thick that police had to form a ring around the central rally to manage foot traffic.

“It is unimaginable how many facets of our life climate change is going to effect, whether it is vector-borne disease, air pollution, mental health, food security.

“There are going to be so many patients who will have to deal with the consequences.”

The same scene was replicated across the country, with tens of thousands of children joining protests in capital cities, as well as the Blue Mountains, Orange, Tamworth, Bendigo, Mackay, Port Macquarie, Alice Springs and Cairns.

The Medical Republic’s photographer, Victoria Nelson, weaved through the crowd to capture a few shots of medical students who had also skipped lectures to take to the streets.

Editor’s note: This story previously included a TMR Twitter post, which featured an image of medical students at the rally who were incorrectly referred to as doctors.