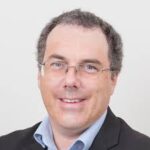 Politicians may not care how it affects GPs, but they’ll care if it takes a voter longer to see one because we’re busy ‘self-reflecting’.

Hands up who thinks the RACGP’s new 300-point CPD proposal is a winner?

Yes, you are reading that correctly – the 130-point system that has been in place for decades is being replaced by a system that will take more than twice as long to complete.

In a classic “smoke and mirrors” move, the college is converting “points” to “hours” so that it looks like it is less. Don’t be fooled: if you upload a 40-point CPD activity, it becomes 20 hours, 150 hours per triennium, equivalent to 300 points.

In what can only be described as a public-relations disaster, the RACGP president has gone on the record claiming that “GPs should not see any major changes to their workload”. And it gets better, because half those points have to be done doing “self-reflection”.

I’ll tell you another place that does this sort of thing, and that is, yes, North Korea, where you have to do this once a week, and if you are in the entertainment industry or the upper echelons of the Party, you have to do it twice a week. “Not studying hard enough” is apparently a common theme.

How the RACGP could have rolled over and let this happen is beyond me!

So, rather than dwell on the past, this article seeks to explore ways to fix the problem. It may be tempting to criticise the RACGP president, but remember, that person is just a figurehead, the “public” face of the organisation, and often has little to do with the actual decisions. We can also look at some legal options and maybe some political ones as well.

Fundamentally, what has happened here is the government has taken over CPD. They have done this through an Act of Parliament, and they are using AHPRA to administer the changes. You can leave the RACGP and go to ACRRM, but ACRRM capitulated even earlier than the RACGP and their system is the same: 150 hours. You can go to the AMA or a host of other organisations but it is still the same. The RACGP has had a monopoly on tallying CPD points for years and it has been a cash cow, but AHPRA’s fees are going up and at the rate things are going, even if you leave the RACGP and self-report (which you can do), AHPRA will be soon be charging just as much.

Contrary to what the RACGP president might believe, this new regimen is going to take at least one extra week of time per year. You can’t cheat, because they measure in hours. I don’t think many doctors have much spare time – lunch hours are spent doing nursing home visits and after-hours is spent doing paperwork, and if you work 24/7 with no leisure time you go mad, so this extra CPD time has to come out of consulting. If every GP in the land takes an extra week off per year, this will mean waiting times will get longer. Doctors will also see they can charge more and still not lose patients. Bulk-billing will go down and waiting times will go up. These are the issues that can be raised with your local MP.

There are also legal avenues to explore. Hardly anyone has actually read the Act, but if you do you might notice some anomalies where AHPRA is not actually doing exactly what it is supposed to be doing. Furthermore, Acts can be changed if enough good citizens decide that they need to be changed. Are we really going to be expected to turn away sick children who cannot breathe and have a raging fever, just because the doctor is busy doing their “self-reflection” and will lose their registration if they do not complete this? Perhaps we need to be enlisting our patients to help us lobby for change?

Another avenue worth exploring is lobbying the RACGP. Rather than write to the president, I wonder if it might be more productive to seek out those that actually made these decisions? They are the members of the faculty boards, and you can easily find out their names from the RACGP website. Pick one person and write to them. Ask them if they support the new CPD changes. If they say they don’t, ask what they plan to do about it. If they say it is all too hard, tell them that with the loss of compulsory CPD and the loss of the training programme, the RACGP really has little left except running the exam and will end up a shell of its former self. If they say they do actually support the new changes, maybe consider running for a faculty position yourself? Perhaps it is time to replace any government sycophants with real general practitioners?

If it all seems too hard, consider that more than doubling CPD is just the government’s opening move. They will want a lot more in the future. Higher compulsory fees. More hours on self-criticism (sorry, reflection). More time spent away from actually healing the sick. And yes, just like in the UK, they will use your reflection of your deficiencies as evidence against you in the event of a complaint. If we do nothing it will get worse, a lot worse.

These are just a few suggestions. I’m sure others have some ideas too about what we can do to fix this problem. I would be most grateful to hear any of your thoughts in the comments section below.

Dr James Moxham is a GP in Adelaide