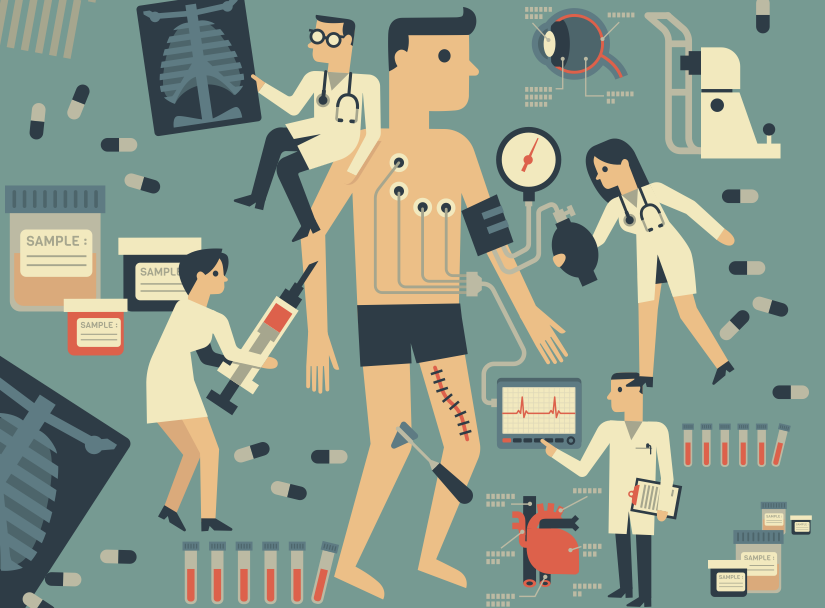 Public expectations are slowly changing, but the battle against unnecessary diagnoses remains immense

Australian experts have banded together to launch an organisation dedicated to tackling unnecessary and harmful diagnoses, as the threat from increasingly sophisticated diagnostic technology grows.

The collaboration, backed by doctor and consumer health organisations, aims to better grasp the scope of overdiagnosis in society and to translate that knowledge into policy reform and clear, evidence-based factsheets for doctors and patients.

“I think everyone is in agreement that the evidence base to date has not focused enough on the harms of medical interventions, and we have ended up with an evidence base which exaggerates the benefits of medical interventions and does not adequately examine the harms of unnecessary diagnoses,” Dr Ray Moynihan, one of the chief investigators at the Wiser Healthcare research collaboration and long-time critic of overdiagnosis and unnecessary intervention, said.

Thanks to NHMRC funding, the collaboration will conduct research into the extent of overdiagnosis in Australia and globally, its drivers, and will evaluate potential solutions.

On October 15, Dr Moynihan and other investigators published an article in the MJA which fleshed out potential causes of overdiagnosis, which included the pervasive belief that more tests and treatments were better, the expectation that doctors would do something rather than nothing, financial incentives within the healthcare system and professional concerns over missing disease.

Potential solutions may include awareness campaigns, moving healthcare incentives away from quantity-based metrics and a tighter rein on disease definitions and the use and interpretation of diagnostic tests.

Co-author, Associate Professor Ian Scott, a Brisbane general physician and clinical epidemiologist, said shared decision making was going to be a vital tool in combating overdiagnosis, but that doing so would require confidence and clarity around when it was safe to not act on findings.

So far, the Wiser Healthcare website offers factsheets on thyroid cancer overdiagnosis, polypharmacy, and may soon have resources around gestational diabetes and other conditions that experts have raised concerns about overdiagnosis.

They plan to develop educational resources to be distributed through professional colleges.

Professor Scott, director of internal medicine at the Princess Alexandra Hospital, said that while he had been involved in overlapping projects such as the Choosing Wisely campaign and the RACP’s EVOLVE initiative, putting a sharper focus on overdiagnosis itself was important.

Subjecting patients to too many tests increased the chances of an anomaly being found, which would lead to more testing and the potential for unnecessary treatment, he said.

Clear evidence-based guidance was going to become especially important as doctors and patients have access to technology with increasingly more detail and granularity, which would pick up abnormalities that the medical profession didn’t quite understand the significance of yet, he added.

This was a situation ripe for finding “incidentalomas”, he said.

The rapid development and availability of genetic testing and whole genome sequencing is one ominous, and often discussed, cloud on the horizon.

But other testing in developing fields, such as proteins and microbiomes, also had the potential to lead to overdiagnosis if not carefully considered, Professor Scott said.

While their work was cut out for them, he said that the issue of overdiagnosis appeared to be becoming better understood among the public.

People were becoming more likely to question their doctor about the options available to them, whether they needed tests, how the results could be interpreted, whether treatment was truly necessary and what the possible downsides were, he said.

“The first thing is to try to get folks to steer away from having the test done in the first place.”

Sydney will host the next international Preventing Overdiagnosis conference in December 2019.