Fear and loathing in the emerging tele-verse 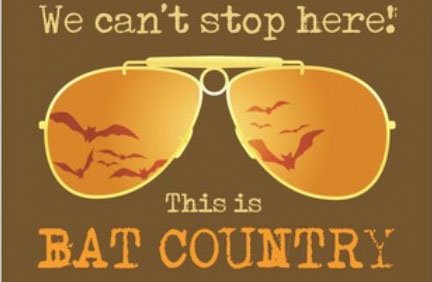 Telehealth, though nominally a temporary fix of the pandemic, is revealing deep rifts in the general practice community over where the profession goes from here and how

When senior lobbyists in the GP community managed to convince the federal government to unleash telehealth in the name of saving both patients and general practice from impending COVID-19 mayhem, there seemed to be a universal sigh of relief from the GP community. Sure, telehealth was introduced without any preparation for patients or GPs, and that was always going to lead to some short term issues, some of  which were even telegraphed. But in general, the GP community seemed almost wholly onside.

But just a few months in, and with time for certain well capitalised (and organised) groups to re-adjust their businesses around the new regime to harvest low hanging consults, often redirecting them away from where they would have normally gone, the stress seems to be starting to seriously divide the GP community on the future of telehealth.

Surprisingly, given the initial positioning by the major lobbying groups, some GPs appear to taking the position that telehealth should be returned almost entirely to the pre-pandemic regime.

A marker of how an underlying fear of telehealth is starting to divide the sector emerged this week after Australian Doctor published what on the surface looked like a fairly stock ‘fear-of-pharmacy’ piece about a GP in regional Tasmania boycotting his local Chemist Warehouse franchise because he felt ‘they’ were attempting to steal his clients via a telehealth service called Instant Consult. The article is HERE

The story was a relatively simple GP frustration piece with a the recognisable theme of big bad pharmacy going too far.

It didn’t actually point out that Instant Consult is a service that Chemist Warehouse has been providing for a couple of years now, albeit, the service has, like a myriad of other existing GP based telehealth providers, adapted itself to the new telehealth regime. Nor that the Instant Consult service is and always has been manned entirely by RACGP and ACRRM registered GPs run by a group of GPs. And it did not ask the doctor in question when he realised that Instant Consult was offering the telehealth service – it had been operating from the point that the federal government opened up telehealth in late March, although it’s not clear when this particular Chemist Warehouse franchise starting advertising the service locally.

But none of that seemed to matter. Australian Doctor’s comment stream erupted, and in the nearly 90 comments in just two days (which is probably about 15 times the average response rate), there is a palpable divide between GPs who see telehealth as an inevitable and necessary addition to spectrum of GP services, with appropriate new rules to protect patients from the dangers of discontinuity of care, through to a group that now simply sees telehealth as a uncontrollable threat to the future of the profession. Here are some excerpts of comments to give you a taste of the spectrum of views:

‘It is a service, it frees up my time and yours to do surgery, chronic disease and know that your patients have a safe alternative when you are not around.’

‘Not just chemist whorehouse nationwide but also most other chains including priceline use this or another one called Instascripts!! …,the spreading Telehealth virus …,the future of established practices is indeed very grim!!’

‘…telehealth, it has its place like after hours but there should be guidelines & restrictions put in place. Otherwise, just like any other services it will be abused, misused and /or overused by patients & service providers.’

‘Disgusting. The utter abuse of TeleHealth. I am not convinced about Telehealth in metro areas but support long distance telehealth.’

‘There are a range of circumstances where this service can co-exist with GP practice.’

‘…rather than rage against Chemist Warehouse for identifying a market need, what we should be doing is aligning ourselves with the other needs of the market- which cannot be provided by these fast turnover…’

‘…fast medicine / pharmacy / ease of access …. does not equate to safe patient care’

‘Perhaps all of you signing the petition [to retain telehealth]  to keep unrestricted telehealth item numbers should read this carefully, and consider the effect on traditional family medicine and continuity of care. I, for one, don’t want my career to consist solely of completing mental health care plans.’

‘…now it is [telehealth] a waste of government money and our time.’

‘…to claim an MBS rebate for telehealth there must be the ability to provide continuity of care.’

‘So easy to predict this disastrous for real general practice situation. Yet some GPs want to petition to maintain teleheath rebates beyond the crisis? Lemmings.’

Key themes emerging in the debate seem to fall into the following categories:

Listening regularly to those talking to the people who are going to decide about the state of telehealth beyond September 30, it feels nearly certain that telehealth is here to stay in some form or another, most likely to start with, reined in to some degree around care continuity.

Hoping telehealth is a short lived aberration that will soon be out of GPs’ lives doesn’t feel realistic.

Rallying against bigger organisations, pharmacy-based or otherwise, that are driven by profit is probably missing the point as well. Profit can drive better delivery of patient care, as much as it can destroy it. If a bigger organisation, well capitalised, innovative and taking advantage of new technology is able to deliver certain aspects of care better than a highly distributed model of GP community care, the government will over time go there.

To some extent the arguments being made against big pharmacy in the Tasmanian incident are almost entirely misplaced, because in the end, the group delivering the telehealth is not a pharmacy group but a general practice group. A group of GPs who have banded together to fill an emerging market need with a more efficient service. No doubt if the doctor in question was able to have his patients call in to his own surgery on a 24-hour basis, and provide the same service, and he had been able to market well enough to his patients of such a service, the problem would not have arisen.

That is not to say that just because GPs, not pharmacists, are diverting community GP business, it’s OK. Organised telehealth on scale has significant potential for system damage, whether it’s being managed by GPs, pharmacists, entrepreneurs or tech firms.

In fact, nearly all the cases of telehealth services diverting low-hanging consultations from a local community GP group involve GPs organising to harvest that consult in some way. The main competition for GPs on telehealth is GPs.

Some community GPs won’t accept this because they aren’t “community” GPs and therefore they somehow aren’t “proper and dedicated GPs”. That’s a pointer to how the demographic of general practice is changing. It has probably has gained momentum during COVID-19. Both groups are GPs. One just wants to work and live a different way.

The problems, as they emerge, aren’t created by pharmacists, profit, corporations or greedy new age GPs. The problems nearly all relate to a regulatory setup that was rushed, and most will acknowledge, needs to be fixed.

The current regulatory set up was never fit for purpose.

The government is going to try to fix that setup to deal better with continuity of care, and to ensure that the MBS can’t be blown out in the manner that it was by after-hours providers, who you could argue were providing a better service for patients, but at a cost to the system that did not have a good enough return on investment.

But when the changes to telehealth are put in place, the technology is likely to remain in the purview of corporations, big pharmacy chains and entrepreneurial GPs who feel that the GP ecosystem is shifting substantively and they can fill holes more efficiently than the current community GP network setup can.

In other words, most of the issues of competition to the current GP community model that GPs are getting very worried about now they’ve tasted telehealth, are going to remain in some form into the future.

Pharmacists, corporates and entrepreneurial GPs are the new competitive norm moving forward in a lot of respects:

If you’re a GP in a small to mid-sized community-based practice and you thought that COVID-19 is something to get through and resume business as usual eventually, it feels unlikely that this is going to be the case.

Telehealth will stay in some form post-COVID and that is going to shift the landscape considerably over time, and perhaps fundamentally very quickly.

And the government hasn’t just seen the light on telehealth during COVID-19. There are a range of new technologies that have undergone a transformation in the minds of senior government policy makers which are likely to impact the profession significantly more in the short to mid term. One important example is how the government has embraced the use of cloud-based technologies for the distribution of services and information and how the government now views “interoperability” and “secure messaging” in seeking to optimise healthcare delivery.

Practice advisory principal David Dahm, who has been inundated with inquiries from GPs facing serious disruption by the pandemic on how to structure their services to survive COVID-19, thinks the pandemic has been been an important wake-up call for GPs. He says that quite apart from strategies to survive the initial impact of empty waiting rooms, telehealth and staff shortages, COVID-19 has exposed the long-term business models of lots of GP practices.

Dahm predicts something like 5-10% of smaller GP practices will likely disappear as a result of COVID-19 but many of those that do survive will need to take stock and reassess their operating models to take into account of an ecosystem, especially around technology created competition, that will have changed forever post-COVID-19.

Dahm’s bottom line forms the basis for the title of his third and final COVID survival webinar to be held this Thursday at 7.30pm, “Innovate, Merge or Die”. If you’re interested in Dahm’s views and want to pick up some tips on re-gearing for a post COVID world, you can register for the webinar free HERE.

Sifting through the Australian Doctor comments stream and perusing other GP feedback on telehealth, it feels like there is an emerging middle ground of views along the following lines: