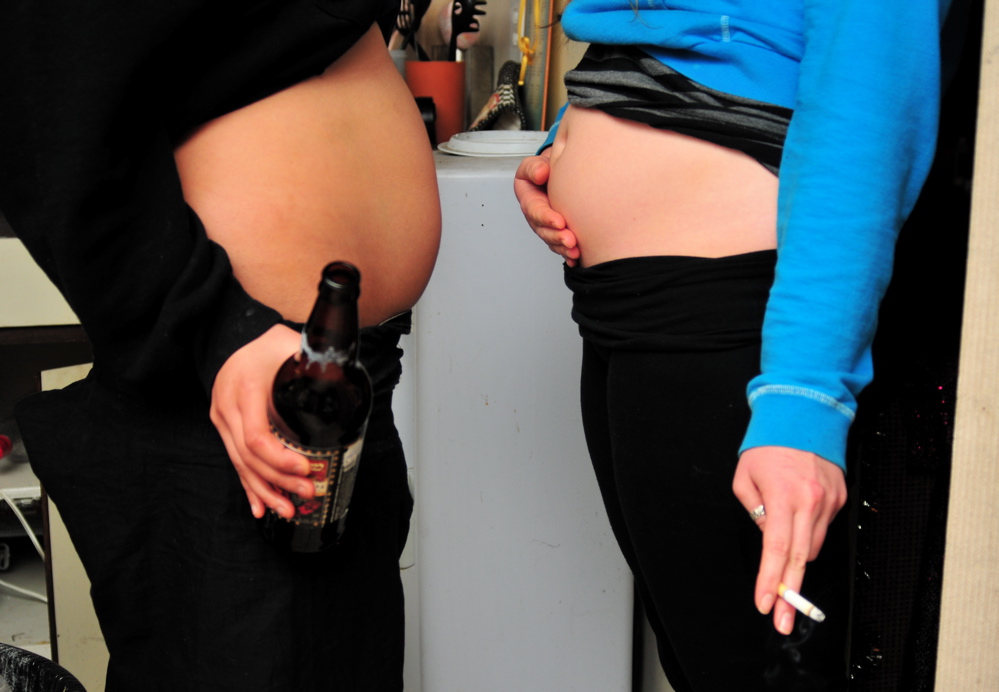 DrinkWise Australia has withdrawn thousands of posters designed to inform women about the risks of drinking during pregnancy.

DrinkWise – which has previously drawn criticism for its alignment with the alcohol industry – distributed the posters to hospitals and GP clinics. The posters were pulled after the Australian Medical Association raised concerns that the text included misleading and inaccurate information.

The headline of the poster states “It’s safest not to drink while pregnant.” The following message was printed underneath:

It’s not known if alcohol is safe to drink when you are pregnant. What is known is that the risk of damage to your baby increases the more you drink and binge drinking is particularly harmful.

The safest option for women is to abstain from drinking if they are pregnant, planning a pregnancy or breastfeeding.

The problem lies in the first sentence, which claims it’s “not known” whether it is safe to drink while pregnant. This claim is misleading. There is clear evidence that drinking during pregnancy can harm the developing foetus.

There is less evidence on the risks of drinking small amounts of alcohol during pregnancy, but even here the limited available evidence arguably suggests that abstaining is the safest option.

DrinkWise responded to the complaints by replacing the posters with an updated version. The new posters remove the original text and add the following sentence:

A very important choice you can make for the health of your baby is to abstain from alcohol while pregnant, planning a pregnancy or breastfeeding.

This change removes the misleading information. But how effectively does it communicate the risks of drinking during pregnancy?

How we write can have a dramatic impact on how, and whether, our message is understood. The same facts, presented in different ways, can have a profoundly different impact.

We can even nudge people towards making certain choices by framing information in particular ways. This is a technique already used by governments to encourage the public to make healthier choices and by corporations to encourage consumers to spend more money.

The language we use is therefore practically and ethically important, especially when public health is at stake. We should pay attention both to what is said and to how it’s expressed.

Read more: Health Check: what are the risks of drinking before you know you’re pregnant?

The DrinkWise posters are designed to highlight the risks of drinking during pregnancy. To do so effectively, the message presumably needs to be clear and direct. How well do the replacement posters meet this goal?

Not very well. The revised text has several features that muddy the message.

The poster explains that “a very important choice you can make for the health of your baby is to abstain from alcohol while pregnant, planning a pregnancy or breastfeeding.” This is a strikingly graceless sentence.

One time-honoured rule for clear writing recommends keeping the grammatical subject short. This is because sentences are easier to follow when the subject leads quickly to the verb. The revised text begins with a grammatical subject that’s an ungainly 13 words long (“A very important choice you can make for the health of your baby…”) Exactly what this refers to (“…abstaining from alcohol…”) trails afterwards.

Read more: Health risks of light drinking in pregnancy confirms that abstention is the safest approach

The text also avoids claiming that drinking during pregnancy can cause harm. Instead, abstaining from alcohol is framed, obscurely, as a choice you might make “for the health of your baby”.

The poster’s headline does state it’s safest not to drink while pregnant. However, even this comparatively explicit message says nothing about the nature or magnitude of the possible risks.

Women are already required to negotiate a range of contradictory information and advice about the risks of drinking while pregnant. The awkward wording of the DrinkWise poster is more problematic than just weak copywriting. It undermines the public health message the poster is intended to convey.

Julian Koplin does not work for, consult, own shares in or receive funding from any company or organisation that would benefit from this article, and has disclosed no relevant affiliations beyond their academic appointment.