Curcumin for OA: what is the evidence? 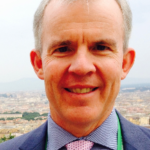 Osteoarthritis is the last frontier in rheumatology.

In earlier generations, we would have said it was scleroderma or Sjogren’s but there have been big advances in recent years. Osteoarthritis now has the methodology and very sensitive outcome measures.

Indeed, the list of effective therapies has shrunk in the past decade. Paracetamol and NSAIDs have small effects. Narcotics work better than placebo for about one month and then they are no different. Methotrexate is probably modestly effective for the hand and knee. Moderate-dose corticosteroids are effective but only while you take them.

So, natural therapies became an obvious target and my group found evidence for many of these in a meta-analysis, the best candidates being turmeric, which is considered an anti-inflammatory agent (more on this later), 4jointz and capsaicin.

I have included two papers this time as the combination is necessary to understand the overall effect. One is an overview specific to turmeric1 and one is an original paper from my group reporting on a new RCT2.

One of the big issues with natural therapy trials is they are very commonly biased and lack scientific rigour. This very often biases results away from the null, creating unrealistic expectations of treatment.

In the forest plot you can see that the overall pooled results is -0.87. This is greater than the 0.8 seen for a combination of methotrexate and TNFi in rheumatoid arthritis. So, an unbelievably good therapy at first glance, one which was safe and equally effective to NSAIDs.

However, take a closer look, and the individual trials are all over the place, varying from +0.13 to -2.44, and their confidence intervals don’t overlap. This creates statistical heterogeneity, violates the central limit theorem, and leads to major doubt as to whether one can trust the pooled estimate. Personally, I wouldn’t but I had some arguments with my co-authors about this.

We tried to understand this by doing meta-regression where BMI explained quite a lot of the variation (the fatter you are, the less the effect). However, there is still 70% unexplained, most likely because of these rigour issues.

So, what you should you do when you see this? In my view, the answer is to do the most rigorous trial you can. Thus, around the same time, we did the CURKOA trial, which was a trial of 1000mg/day of Turmacin plus. This had a more believable effect size of -0.45 (table 2) and was published in a high-quality journal.

However, the trial was a pilot and was powered on an 18mm difference. Instead, it found a 9mm difference that was statistically significant even given the limited power.

Furthermore, we hypothesised that it would better in those with more inflammation (defined as larger effusions). However, we saw that it worked better for pain in those with less inflammation and had no effect on effusion size, so it doesn’t seem to work through anti-inflammatory pathways.

Given all of this, we really need to do a large multicentre trial to confirm a positive effect, but I have been happy to use it in the meantime, given the favourable safety profile.

Graeme Jones is professor of rheumatology and epidemiology and head of the musculoskeletal unit at the Menzies Institute for Medical Research.

Musculoskeletal & Joint Pain The rise and (sort of) fall of glucosamine