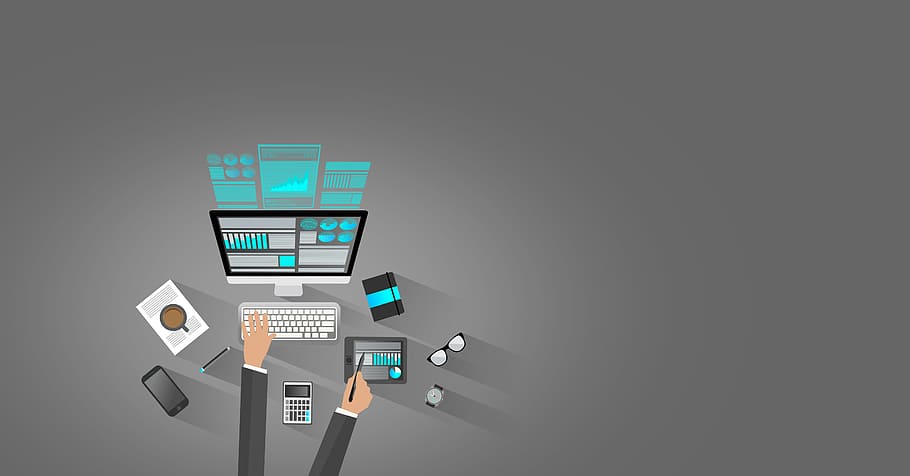 It is almost certain that from the relative calm of early January, by the end of this year general practice will never look the same again

The fundamental utility of universal telehealth has been unquestionable for some time.

Overseas, in some HMOs and in some well set up Scandinavian countries, primary care providers will do up to 65% of all their work via telehealth, such is its efficiency and effectiveness.

Get sick at a conference in Florida, do a call with your GP in Boston, and pick up your meds at a pharmacist around the corner following your call. Don’t spend time in traffic or getting home from work early to wait 40 minutes in your GP practice for a repeat on Lipitor. Manage your older chronic health care patients more effectively in between the need for face-to-face assessments. Free up GP time for more important consultations. Create much more efficiencies for the GP and the patient. And so on.

Telehealth had to arrive in some more substantive form at some point.

But in the last two weeks, we’ve seen telehealth items go from 84 mostly obscure and rarely used MBS items, to 363 items, all used in everyday primary care. And we’ve done it without any training or education for those using it – doctors and patients – and without any meaningful and functional infrastructure in place for GPs.

But the federal government, which has resisted telehealth for a decade because it thought it was too open to exploitation and abuse, and would blow out the MBS in a way that made after hours services look like a picnic, had no choice, given the circumstances.

There was no other way to manage a situation where doctors’ lives were in danger and patients were being sent home and told to stay home as a result of the COVID-19 pandemic.

But the unintended consequences so far seriously threaten the foundations of general practice, and potentially might lead us back up the curve we have worked so hard to flatten. That could happen if general practice starts to rapidly degrade and we lose our frontline triage and testing, exposing the hospital system to far greater numbers of panicked patients.

Part of the problem is that so far the federal government hasn’t caught up with what it has done. It is praising healthcare professionals for risking their lives, booking them free accommodation in hotels, and doing all they can to assist, including opening up general practice to telehealth. But it has yet to grasp that general practice is breaking down rapidly with a business model change that they were completely unprepared for.

In a survey in The Medical Republic, 54% of general practices reported that their revenues had dropped by 30% or more. Some are reporting catastrophic revenue drops of over 80%.

In the meantime, a frenzy has begun among a throng of tech vendors who are either already in the telehealth market, or, who were on the edges and now see the opportunity to expand their services. While nearly all of these vendors are just reacting in an normal commercial manner, and most are well-respected groups, the confusion is palpable. GPs, already panicked by their revenue trajectory, and the idea that they are risking their lives to coming to work each day, are being thrust into a technology world of which they have no understanding, and little ability to assess their needs properly.

The situation is snowballing. Some practices are already agreeing to acquire software which is ultimately not fit for purpose and will likely lead to more cost and less efficiency in the short and long term. Most don’t understand that virtually no software for telehealth is currently fit for purpose, particularly in respect to automated payments, and that they need time and advice.

Ask any GP and most practice managers to tell you the difference between telehealth offerings of HotDoc, HealthEngine, Medinet, Coviou, Instant Consult, GP2U and Docs On Demand and and most will not know where to start. Ask them where Medipass payments might fit in and they probably don’t even know what Medipass does.

This isn’t a function of ignorance. It’s a function of telehealth being thrust onto GPs as the  most important business model during COVID-19 within one week. They simply have no idea.

The likely easiest short-term path for most GPs is to stick with their existing patient management system and booking engines.

HealthEngine and HotDoc, which cover more than 80% of patients and GP practices through integration to Best Practice and MedicalDirector, have both responded extremely rapidly by developing first screening modules for patients for COVID-19 and then in this last week, contiguous, in-system telehealth offerings.

HotDoc is apparently also hard at work on the issue of making payments talk seamlessly to the existing patient management systems. But one issue with this is doctors who are no longer working on site. For this they need a cloud-based solution. Both major patient management systems have hyrbrid cloud-like solutions for offsite access to their systems currently, and MedicalDirector has a cloud product in Helix, but Helix has virtually no market share.

Both major patient management systems are integrated with HotDoc and HealthEngine. Best Practice has telehealth integrations also via MyHealth1st, AutoMed and HealthSite.

MedicalDirector announced this week that it has a ‘fully integrated’ in-system telehealth offering for its clients coming in the near future. In a media release yesterday, the company: “We will be progressively rolling this out to all customers over the coming days, with our cloud solution, Helix, customers being first to? benefit from this experience. The same capability delivered through our investment in the cloud will also be integrated into our desktop solution?, MedicalDirector?Clinical shortly after”.

Just how Medical Director will be able to able to offer the same remote delivery capability through their desktop version isn’t clear yet. Like Best Practice, which is yet to launch a cloud version, delivering telehealth is constrained by the ability of these systems to talk seamlessly and remotely to their telehealth integrations and to payment systems.

One of the issues now faced by GPs in a new telehealth driven business world will be that their desktop-bound systems will increasingly be constrained in their ability to deliver flexible remote capability.

According to David Dahm, a chartered account practice management advisor and chair of the AAPM certified practice manager program, in an ideal world, most practices would now be on the cloud to manage this major change to their business model.

“But it’s of course not practical for any of them to move to a cloud-based system during this time,” he told The Medical Republic.

“Practices have to take the time to step back from their day-to-day crisis management and plan more carefully how they approach what is a fundamental change,” he said.

Dahm has released a 167-page guide for GPs on how to manage the COVID-19 crisis HERE, which goes into significant detail on what a practice can do in the short term to manage their sudden introduction to telehealth, and how that plan should contemplate their longer-term survival.

Dahm believes that although the telehealth changes introduced in the last week by the government are said to be temporary, it is unlikely that general practice will ever be the same again, even if the open access to telehealth is revoked to some degree in the next few months.

Dahm isn’t the only one to think that the horse has likely bolted for general practice and the government in terms of telehealth.

Even the president of the RACGP, Dr Harry Nespolon,  recognises the opportunity for general practice to move forward as a result of the challenge. He told The Medical Republic last week “we have a lot of positive feedback from GPs and from patients, more importantly, about being able to access their care this way.”

“There’s no doubt it  [telehealth] will exist in some form after September 30,” Dr Nespolon said.

“It’s moved general practice to about 2007 – that’s when the iPhone came out.

“What we’ve seen over the past two weeks has been a revolution in the way that general practice is delivered in this country and it will not go back to where it was before this crisis,” he said.

In other words, general practice is going to need to adapt and fast, not just weather a storm or hibernate.

Forced rapid adoption will lead to something on a spectrum from a rapid and catastrophic breakdown of our general practice networks all the way thought to transformation of the sector into a much more efficient and effective digital age.

One suspects it’s going to land somewhere in the middle, but as Dr Nespolon suggests, significant progress will be made regardless of what structural changes are thrust upon the sector.

One immediate and emerging problem for all practices will be the inevitable ‘uber’ aggregation play that some tech vendors will attempt.

If one platform-based vendor is able to aggregate enough doctors through one platform, and a network effect kicks in, we could rapidly move to a structure in general practice where a significant of the low hanging MBS item telehealth fruit is transacted through one platform accessing a selection of willing and able doctors around the country 24×7.

This same structural change has occurred already to some degree in the UK with a group called Babylon, which has cornered much of the simple GP work via telehealth and denuded NHS funding for local community GPs across the country. They are left with the more difficult, and less profitable longer consults for things such as chronic health issues.

The other almost certain structural change will be how after-hours services are delivered. It is likely all these groups will have to restructure significantly and rapidly if they are going to survive.

MediNet, which did have a model of providing a selection of doctors who are contracted to answer the phones for telehealth, has pivoted very quickly to an ‘uber’ all doctor access  model like this. It’s site says it offers doctors “anytime, anywhere”. This was its old slogan as well, but under universal telehealth it means a whole new ball game for the company.

That is not to say MediNet, and other providers who rush to try to get a share of an ‘uber style’ market are bad players. They are simply responding commercially to the market in the manner they can. But the structural implications have not been well thought out by the government

What will general practice look like when the dust settles?

It’s almost impossible to tell at this stage of the crisis just how much structural change will take affect, and if, companies like MediNet, or MedicalDirector, can swing their businesses to pivot around telehealth, and change their revenue profiles.

But it is almost certain that from the relative calm of early January, by the end of this year, general practice will never look the same again.

AHPRA There’s life in the old doc yet