Clinical clues and treatments for Raynaud’s 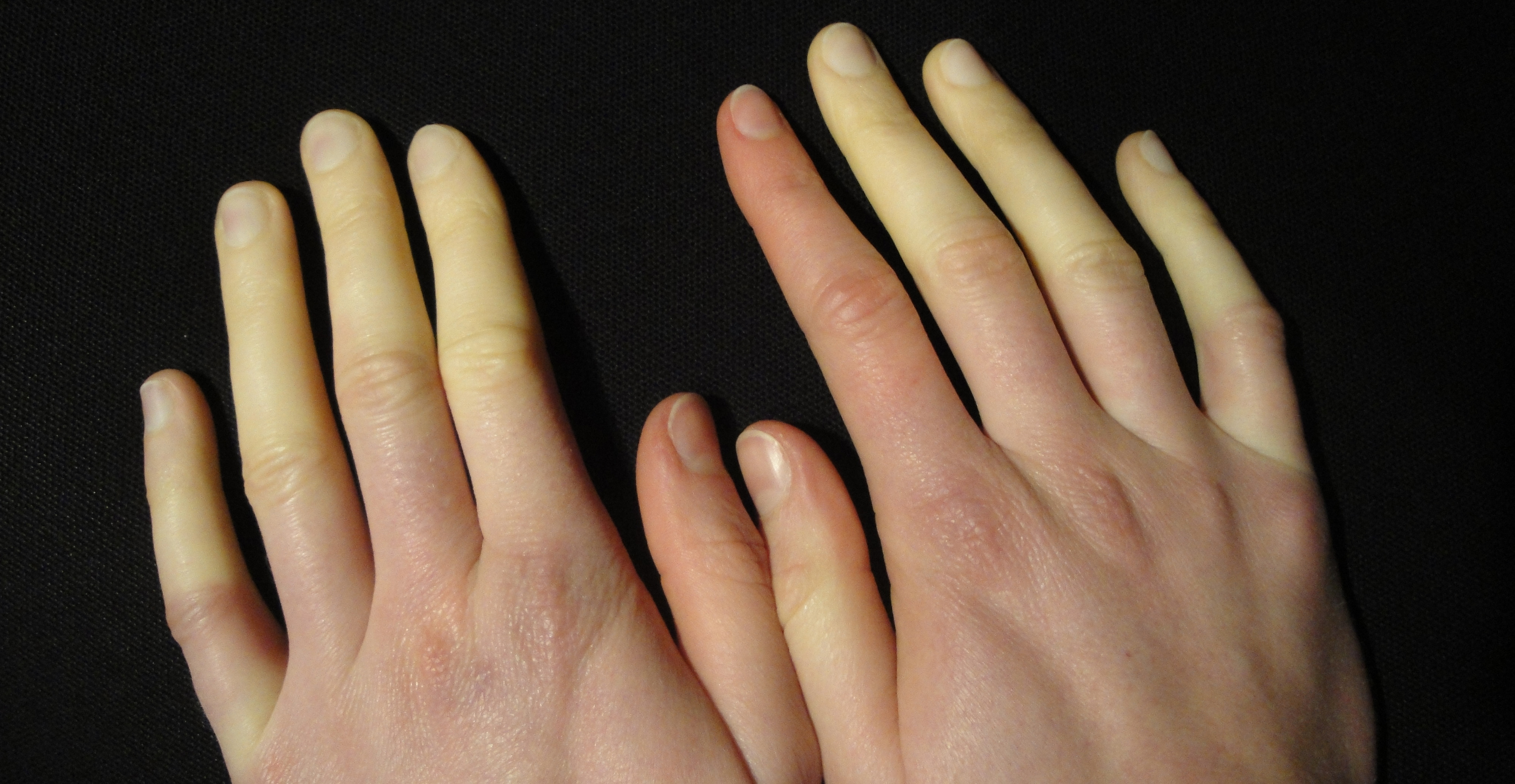 My winters often have a smattering of new presentations of Raynaud’s phenomenon, so this is currently on my mind.

Raynaud’s phenomenon is an exaggerated vascular response to the cold. It typically occurs on the fingers and toes, although it can also affect the tip of the nose and the ears. It is usually maximal in winter.

Patients describe Raynaud’s phenomenon in a variety of ways and in my experience they frequently do not describe the classic textbook description of triphasic colour change (white/blue/red). The most common description is that of pallor or blue/purple discolouration in response to temperature changes in the environment, such as cold mornings or evenings, running hands under cold water, getting something out of the fridge/freezer or in cold air conditioning.

It can be helpful to show patients some pictures of Raynaud’s phenomenon as the examination is usually normal in the warm office environment. Rarely are the changes as prominent as the pictures seen on a Google image search or in a textbook. A simple question such as “Are your fingers unusually sensitive to the cold?” can be helpful.

CASE ONE is a 25-year-old female with Raynaud’s phenomenon and no prior digital ulceration. She presents as she has painful and itchy red/purple nodules on her fingers. Each lesion lasts about a week. She has had Raynaud’s phenomenon over many years, but this year is the worst. She is otherwise well.

CASE TWO is a 30-year-old female who presents with Raynaud’s phenomenon. It only started this year in April as the weather was cooling and is worse in mid-winter. She also has pain and swelling of her finger joints, wrists and knees. She has joint stiffness in the morning for 45 minutes and needs a hot shower to loosen up. She describes a transient erythematous rash to her cheeks and forehead, but this is not present at the time of examining her. There is synovitis at the MCP and interphalangeal joints.

CASE THREE is a 45-year-old female who presents with Raynaud’s phenomenon that started abruptly in the warmer summer months. She has noticed puffiness and tightness of her fingers. Fine dextrous jobs with her hands is becoming harder. Her main concern is a fingertip that has become exquisitely tender with sharp pain whenever she touches something. She shows you some very impressive photos where one finger is totally white, some are purple, and others are normal. She has had reflux and heartburn symptoms for a number of years and uses esomeprazole intermittently.

Raynaud’s phenomenon is classified into Primary and Secondary.

Primary Raynaud’s phenomenon is far more common and is not associated with underlying disease.

Secondary Raynaud’s phenomenon occurs with an underlying disease, most commonly systemic lupus erythematosus (SLE) and scleroderma, although it can occur with Sjogren’s syndrome, rheumatoid arthritis and a range of other causes.

My questioning and examination thus aim to pick up cases where there may be a secondary cause and thus direct me to investigate these people further.

Clinical clues to suggest a secondary cause of Raynaud’s phenomenon include abrupt onset, severe cases, digital ulceration, involvement of the thumb with clear pallor, onset over the age of 40 years, male gender, or asymmetrical attacks.

The patient in case one also describes lesions consistent with chilblains. Chilblains usually only occur on the fingers or toes, are very painful and frequently itchy. There is often swelling around the lesion and at times it can look like a joint is swollen if it occurs over an interphalangeal joint. I have even seen a toe look like dactylitis from a chilblain.

Case two describes a presentation of SLE. The patient describes inflammatory arthritis and a transient malar rash. History taking should also ask about photosensitivity and other potential manifestations such as fevers, sweats, fatigue, sicca symptoms (dry eyes and mouth) or serositis (pleuritic chest pain from pericardial or pleural inflammation).

Examination in Raynaud’s phenomenon focusses on detecting the rarer secondary cases. I “pluck” the patient’s skin on the dorsum of the fingers between the MCP and PIP joints and the dorsum of the hand. You should be able to easily pick up the skin between your fingers.

Scleroderma frequently presents with Raynaud’s phenomenon and skin thickening of the fingers. Early scleroderma can present with “puffy fingers” but examination can usually differentiate this from joint synovitis where the swelling only occurs at the joints.

Case three describes a presentation of scleroderma. Other things to look for is telangiectasias (typically on upper limbs and face), calcinosis (chalky lumps) and a history of reflux or dysphagia.

Case three also describes early digital ischemia/ulceration. It may not be an ulcer when it first presents, rather it can be small reddish discolouration of the fingertip which is exquisitely tender.

Cases two and three have enough features to warrant investigation.

I also order extended scleroderma antibodies if there are features of scleroderma.

Case three has a positive ANA 1:2560 centromere pattern, also confirmed on the ENA test. Centromere pattern in this patient confirms the diagnosis of limited scleroderma.

I recommend referral to a rheumatologist of all patients with secondary Raynaud’s phenomenon.

The aim of treating Raynaud’s phenomenon is improving quality of life and preventing digital ischaemia. Avoiding cold exposure and keeping whole body temperature and digital temperature warm is the most important step and yields better results than pharmacological therapy.

I recommend using multiple layers of clothing and thermal undergarments. Gloves are also very helpful but are less effective if the core is not kept warm.

If these measures are not enough, pharmacological therapy is used. These all aim to counteract the overactive peripheral vasospasm that occurs in Raynaud’s phenomenon.

I recommend using glyceryl trinitrate (Rectogesic) 1% ointment to the web spaces of the fingers. I warn patients it can cause a headache or dizziness and if this occurs, I recommend it only to the worst affected fingers.

Sildenafil (off-label use) or other PDE-5 inhibitors can also be used for more severe cases. For chilblains, I recommend a potent topical corticosteroid to the lesions. This is more effective at treating pruritis than the painful lesions.

Dr Andrew Jordan is a rheumatologist based in Parramatta, Sydney, with a special interest in inflammatory arthritis, gout and osteoporosis.