Cheese with a nasty twist

Your back page correspondent is fond of a slice of cheese or two.

He knows it’s not gouda for his health, but who wants to live to 100 when there’s veiny gorgonzolas, buttery edams and creamy camemberts to be savoured?

And there’s no fermented dairy product too exotic not to be tried at least once.

At least, that was the case until we learned of a Sardinian cheesy offering which the Guinness Book of World Records has declared to be “the most dangerous cheese in the world”.

Shepherds living in the mountainous regions of this idyllic Italian isle are responsible for developing a cheese called casu marzu, and it is a difficult to conceive of a more emetic production process.

The cheese starts its life as a bog-standard local pecorino. That’s right up until the local flies called Piophila casei lay their eggs in the cracks in the cheese. Fairly gross so far, but it gets far worse.

The flies’ hatched maggots then munch their way through the cheese, transforming it into a soft, creamy “delight”.

Now comes the part which will have you reaching for the barf bucket, if you haven’t already. Once matured, the firm casing of the cheese is then cracked open and the writhing squirming contents are then consumed by presumably sane Sardinian aficionados.

If that doesn’t appeal, some producers alternatively spin the cheese through a centrifuge to merge the dizzy maggots throughout the cheese.

We’ll only be taking their word for it, but cheese fanciers say the casu marzu has a flavour that is “intense”, “spicy” with an “aftertaste that stays for hours”.

What’s more, some Sardinian fans proclaim the maggoty morsel to be an aphrodisiac – but then folks do have a habit of saying that about stuff that would otherwise be considered utterly disgusting.

In a “thumbs up” to food regulators far and wide, the cheese is banned from commercial sale, and not just for the “yuck” factor – there is the not inconsiderable fact that the cheese could be immediately dangerous to human health.

Unsurprisingly, eating maggots is not a great idea. Should the critters survive the human bite, they have the potential to create micro-perforations in the intestines, which is rarely a good thing to have occur.

As if anyone really needed that added disincentive.

The Back Page There’s no need to shout 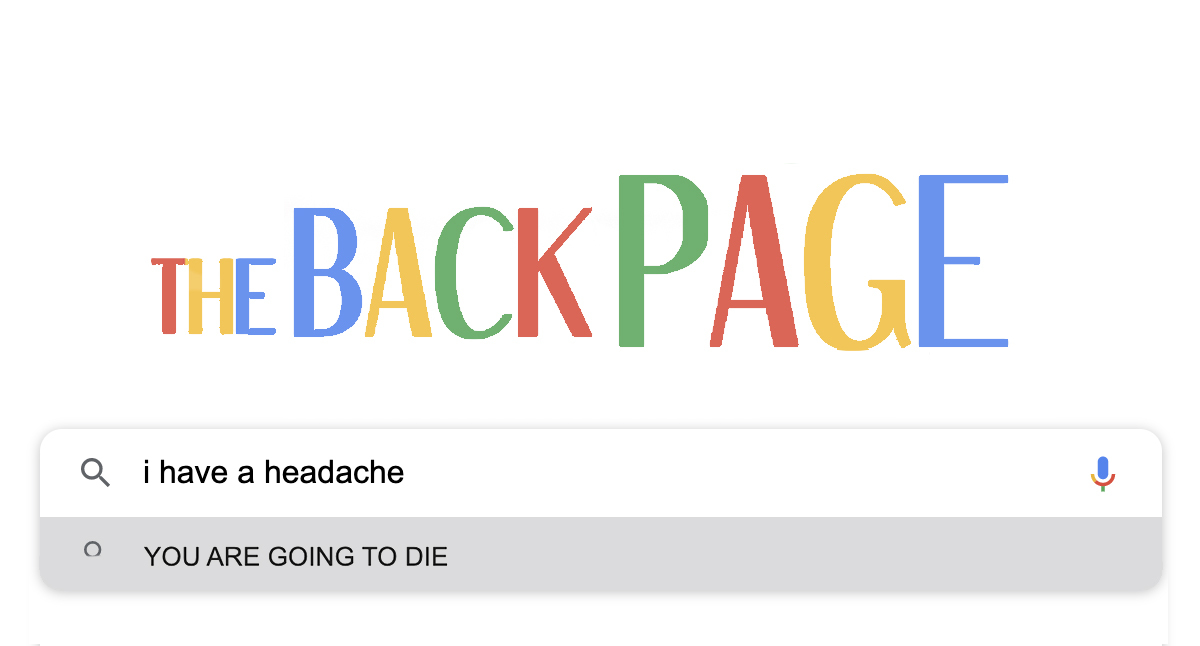 The Back Page Paging Dr Google

The Back Page The write stuff