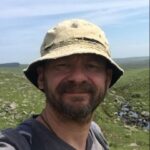 Patients legally prescribed cannabis risk committing an offence if they drive – will this study’s findings prompt a change?

When a Lismore magistrate resigned in June, unable to apply the laws of the land with a clear conscience, it piqued the interest of the medicinal cannabis industry.

David Heilpern departed the judiciary venting his frustration at Australia’s drug driving legislation, his ire directed principally at the reach of the law.

The net is cast so wide, and random roadside drug testing so prolific and unforgiving, he explained, that not only did drivers under the influence of illicit substances appear before him, so too did law-abiding citizens taking GP-prescribed and TGA-authorised legal medicinal cannabis.

They were laws Heilpern could no longer stomach, or continue to apply.

While it is unclear how many medicinal cannabis patients have been prosecuted and banned from driving, Heilpern suggested he saw “at least one a week” during his time as a magistrate.

“Without a doubt,” he said, “our country’s drug-driving detection laws are unjust, unfair and unhelpful.”

The law is simple, yet has serious ramifications for medicinal cannabis users. While roadside tests do not check for CBD, driving with any trace of THC, the psychoactive compound of cannabis, is an offence, no matter that it was GP-prescribed, and no matter if the driver was not impaired.

A dim view must clearly be taken of anyone driving under the influence, regardless of the substance or the circumstance, prescribed medication or illicit drug. But such evidence of impairment was rarely presented to Heilpern, and was never required to secure a conviction. The mere presence of THC is enough to be hauled before a court.

A further grievance, and a particularly sore point in the medical cannabis world, is that people taking prescribed opioids, which can also impair driving, are not subject to the same stringent laws. Cannabis, it is felt, is singled out because of its history of prohibition.

Among the added complexities is that THC can linger in the system, raising the prospect of being detected long after medicine has been taken. It has created an unpalatable predicament for users: do I take my THC medication and run the gauntlet of roadside testing, or do I risk my health and avoid a brush with the law?

But the rumblings of reform are growing louder, with cannabis advocates sensing the tide may be turning, if slowly.

The Victorian government is formally exploring the issue, and it was at least raised in the NSW parliament, albeit unsuccessfully.

Reformists have also been buoyed by a research paper published this month in the Journal of the American Medical Association.

In the randomised crossover trial, conducted by the Lambert Initiative at Sydney University in conjunction with Maastricht University in the Netherlands, 26 participants inhaled vaporised CBD, THC, a combination of the two, and a placebo.

They then went for two 100km drives under controlled conditions on public roads, the first 40 minutes after inhaling, the second after four hours. The amount of vaporised THC taken by volunteers was described as “moderate”.

The results revealed that CBD did not produce any driving or cognitive impairment, while the effects of THC were apparent after 40 minutes, but had faded after four hours.

The study also dismissed the oft-suggested theory that CBD may neutralise the impairing effects of THC. It did not. Compared with the placebo, lane-weaving and overcorrecting was “significantly greater” after 40-100 minutes with both THC and the THC/CBD combination.

The results come at an important time for the CBD market. With the TGA agreeing this week to make low-dose CBD a prescription-free, over-the-counter medicine, any negative finding could have dented the enthusiasm that greeted the TGA ruling.

“That CBD is not intoxicating and unlikely to impair driving wasn’t entirely surprising, but it’s important to gather data to enable regulators to make a decision based on evidence,” he says.

“With THC, we saw driving impairment during the first drive 40 minutes after people had vaporised cannabis, and for an hour after that. What was interesting was the impairment had disappeared during the second drive after four hours. They were basically back to baseline with their driving and cognitive performance.”

The level of impairment during the first drive was described as “modest in magnitude” and similar to that seen in drivers with a blood alcohol reading of 0.05, the legal limit for driving in Australia.

Among the issues for cannabis, Dr Arkell says, is the difficulty of assessing impairment levels.

“One of the trickiest things, and it’s an area that people are really struggling with, is that we can’t infer anything about someone’s level of impairment based on the amount of THC they have in their system,” he said.

“That’s becoming very clear and it casts a lot of doubt over this idea of per se limits. They work well with alcohol as there is a clear relationship between the amount of alcohol you have in your blood and how much you consumed and when. We just don’t have that for cannabis.”

Further research is underway to examine the effects on driving with high-dose CBD oil of 700mg to 800mg, levels more in line with those typically taken by patients.

What remains unclear is how regular users of medical cannabis may fare, Dr Arkell says.

“The really important study we would like to address is assessing patients who have been stable users over some time and are familiar with its effects, and exploring how it effects their driving.”

Cannabis analyst and consultant Rhys Cohen says the Lambert/Maastricht research and forthcoming oral oils study are welcome.
“There is very little clinical research into cannabis-related driving impairment, so this study is quite foundational,” he tells TMR.

“It also came at just the right time for Australia, politically speaking.

“But what will be even more impactful are the upcoming Lambert studies using oral oil, which is more common in Australia, instead of vapourised products.”
Reformers hope that such research will overturn existing laws, which Cohen says have not been updated to reflect the medical legalisation of cannabis in 2016.

“Patients taking any prescribed medication are allowed to drive so long as they are not impaired. But driving laws still specify that cannabis is exclusively an illicit drug, and not a medication,” he says.

“If you are taking your legally prescribed medication as recommended by your doctor, and you are not impaired, you should be entitled to the same level of legal protection as someone prescribed oxycodone. Anything less than that is discrimination in law and should offend anyone with a moral compass.”

Yet while there is widespread acceptance that unimpaired medicinal cannabis patients risk being unfairly swept up in catch-all roadside testing regime, convincing authorities to change tack is no easy task, particularly with an issue as sensitive as road safety.

The reality, he tells The Medical Republic, is that the overwhelming majority of drivers tested positive for cannabis are not medical patients.

“I fear that because it’s the cannabis guys calling for reform, it’s probably not going to get the required traction it needs with the police,” he says. “They have a strong vested interest – albeit a well-intentioned vested interest – but I would keep the patient story out of it. To a large extent, it’s not relevant because 99.99% of people are not taking medicinal cannabis.”

Far better, Scadding says, to aim for a “macro level” approach that unpicks the economic bang-for-buck value of randomly testing tens of thousands of drivers for THC.

“What I would like to see is a broader conversation around what impact testing for THC is having on policing, on illicit substances and on road safety. To get authorities to ask ‘what are we getting out of this policy?’” he says. “Let’s not look at changing the rules around medicinal cannabis as such, but let’s get a policy change.

“The police and government make a conscious decision not to test for a whole range of substances roadside even though they are illegal, so let’s try to put cannabis into that bucket.

“I don’t think we can demand they change their policy. We have to encourage them to look at the value they are getting out the current policy.”

Medicinal cannabis patients will not care how the law is changed. Just as long as it is.