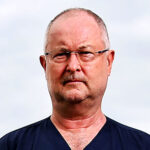 Homefront Nursing went through the state revenue ringer some years ago, and was lucky to escape without a large payroll tax penalty.

While our nation cannot agree to tax carbon emissions, all states and territories can agree to tax employment.

Each state and territory levies a payroll tax (PRT) after a company’s wages bill reach a threshold. In 1999, before the introduction of the GST, federal treasurer Peter Costello negotiated with the states that their extra revenue stream from the GST would reimburse them for abolishing PRT, among other pernicious taxes. Unsurprisingly, the states accepted the GST revenue but did not scrap the PRT. Furthermore, under the guise of closing tax-avoidance loopholes, the scope of workplace arrangements subject to PRT was extended to potentially encompass medical sub-contractors. (Here is an excellent summary of the relevant, and hypnotic, details of PRT, citing the Optical Superstore case.)

Here’s what happened to us

Rural general practices struggle with medical recruitment and usually rely on registrars or international medical graduates. In my experience, as principal of our practice, IMGs invariably insist on contractor status – but several years ago one commenced as an employee, temporarily pushing us over the payroll tax threshold with their salary. This doctor then switched to sub-contractor status taking us back below the PRT threshold and so out of the net. But this piqued the attention of the Revenue NSW, which made some general enquiries of our accountant about our practice structures and contracts, which we incautiously provided.

In 2016, the ambush was sprung, with Revenue NSW determining that the nett earnings of five past or present contractors and indeed myself as practice owner, were all subject to PRT over the previous five years. We disputed this on legal advice. In 2017, Revenue NSW reduced the final determination by excluding one specific year, one of the five contractors and my own earning, despite all these arrangements being identical. If we delayed paying, or contested it, NSW Revenue threatened us with an additional 20% penalty on top of ongoing compound interest. The final assessment left us with a liability of only $140,000. (Incidentally, this was the same total penalty imposed on the directors of Storm Financial in 2018 for embezzling over $3 billion from 3000 clients.)

While the NSW Health Department sought to support access to essential health services for disadvantaged and marginalised country people, the Revenue NSW department was penalising such access in some kind of Civil Servant Civil War.

I wrote to my MP. Initially, his staff brushed the issue off as a medical workforce and therefore federal issue. My letter then was forwarded to the state treasurer’s office. On receipt of our case number, the parliamentarians declined to engage further “as it was subject to dispute”. Neither politician has shown any interest subsequently. . Currently, they all seem happy to comment on ICAC actions.

I was relieved that for many years I had paid an annual fee to Avant Insurance for business insurance covering taxation disputes. But when I called Avant, they agreed that the policy covered business tax disputes – only the small print indicated this was for federal taxes, excluding state taxes like PRT!

My advisors and I decided to appeal the case to the Civil and Administrative Tribunal. During this preparation, several barristers specialising in PRT declined to be briefed on the grounds of conflict of interest due to past or potential work for NSW Revenue. Preparation for the appeal took hundreds of hours of my time and over $80k of paid advice. GPs should all consider changing jobs as one barrister charged $800 per hour (plus GST).

In my case, the contractors’ earnings were directed to the practice bank account before being released to them nett of practice fees, and for their first few months, they were guaranteed a minimum sum. To be sure this practice was normal, I questioned five recruitment agents, five GP sub-contractors and seven GP practice owners. They all had similar arrangements.

One NSW owner told me his practice, after winning a dispute over PRT, had tightened up its contracts, triggering the exit of several doctors. “Our new contract is for the sub-contractors to service our patients,” I was told, an approach which, in my opinion, potentially left that practice subject to PRT still. It appeared that NSW Revenue was onto a good thing and had a good chance of cleaning up most general practices.

To me the principles at stake were as follows.

NSW Revenue claimed that if bulk-billing monies flowed to the practice account, they became the property of the practice before being paid to the contractor. This potentially undermined Medicare, which specified that the rebate is paid to the patient who, if bulk-billed, assigns it to the doctor. If these monies were now legally deemed to be paid to third parties, what were the implications? Could the third party be domiciled in a tax haven? Could the doctor involved, now unpaid, require a direct co-payment? I asked Medicare to comment on these consequences – but no one in the bureaucratic chain I contacted showed any interest.

A new revenue stream, or a disaster?

If practice owners across the board face a 5.75% impost on the earnings of contractors, many practices may become unviable.

State governments have much invested in reducing presentations to emergency departments, Closing the Gap, improving suicide-risk detection, keeping the mentally ill out of jail, reducing traffic accidents and reducing the unequal health and mortality outcomes of regional populations. Losing GPs could set all these programs back. NSW would also lose GPs to other states.

Yet there seemed to be a lack of political interest in how any new lucrative PRT stream could impact health care provision further by:

So I drafted an open letter to the premier and began to arrange an advocacy coalition to respond to any media interest. The AMA, the Royal Flying Doctor Service and GP Supervisors Australia were all ready to be involved. However, the RACGP at state and federal levels was unable to act and the Rural Doctors of Australia refused to engage unless I became a paid-up member. In the end, my advisors put the kibosh on my plans as they agreed such a media campaign could be regarded as attempting to influence the Tribunal and so risk me being in contempt of court.

It appeared ours was a test case for medical contractors and PRT.

The two barristers argued the nature of our practice bank account. Was it a Trust, and if so, was this Trust either a Constructive or Implied Trust? Did it show an arrangement of Agency and Principal (referring to ourselves and the contractors respectively)? Was any ownership beneficial or legal? Counsels disputed whether doctors were providing services to the practice rather than to the public. This was because the legislation specifies any supply of services by the contractors to the company “for or in relation to the performance of work” cops PRT.

Their counsel argued that the guaranteed minimum was payment by the company to the contractors for the service of being present to serve practice patients, thus attracting PRT. Our website was found to describe the practice and mentioned “our doctors”, which NSW Revenue argued constituted a contractual offer by the practice to patients for services by these doctors. Similarly, the contracts required sub-contractors to complete note-keeping, stating the ownership of these patient records remained with the practice. Their counsel argued all these features confirmed our company was providing medical services and the contractors were providing services to the company “for or in relation to” this. No consideration was made concerning clinical realities such as e-health records, patients’ rights to transfer records or the onerous obligations of record storage.

The judge noted patients would be surprised to learn their medical arrangements were with a corporation rather than their doctor. He described the drafting of the PRT legislation as “infelicitous” and our practice contracts as “ungraceful”. He suggested that NSW Revenue had taken a “Gotcha” approach in targeting contracts that were not structured to avoid PRT. He queried why some earnings from the initial assessment had been exempted and others retained for PRT. In fact, all our contracts were similar and had numerous clauses unhelpful to our case including: the doctors’ payments being described as fees, the specification of sessions per week, the highlighting of the need for confidentiality and an erroneous application of the GST.

Our counsel in closing noting NSW Revenue had not provided evidence of a single signed or dated contract and in any case the contract template tabled did not require contractors to direct income via the practice company bank account.

Just over seven months of waiting later, a decision was reached.

In short, the judge found bulk-billed earnings were paid by the federal government to the patient who then assigned them to the doctor. This meant they were not assigned to the practice and so could not be construed by NSW Revenue as being paid by the practice to the sub-contractor. This meant they were excluded from PRT, and this constituted about 90% of the claim. The decision noted that the top-up payments for the initial months of each sub-contractors’ work WERE subject to PRT; the rest was up to the parties to decide.

The 28 days expired without them appealing. I received a phone call from NSW Revenue asking me to determine how much payroll tax I should pay. I urged that the officer discuss with the Chief Commissioner the implications of wiping out general practice. She assured me that she would send the issue to their policy department.

The final reckoning was that we paid $18,000 payroll tax and protested the $6000 penalties imposed, so it went through their internal dispute resolution processes. Unsurprisingly, they deemed the penalties should stand, implying that we should have paid up the original figure initially.

So it ended not with a bang but with more of a bureaucratic fart. The lesson is, my colleagues, predatory state tax departments have no interest in the big picture or in public health, and if your business arrangements are not water-tight, PRT could cost you a lot of time and money.

Dr Simon Holliday is a GP and the director of Homefront Nursing, which ran two practices in Taree, NSW

Comment KnowCents Medicare PSR Five years on, the PSR is as flawed as it ever was

KnowCents PHNs The problem with PHNs as masters of the dataverse