Baby news that brings no joy 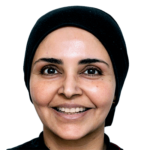 Enforced pregnancy can harm mother and child. We must protect the hardwon freedom that many American women have now lost.

I woke up on Saturday morning to the news that the US Supreme Court had managed to overturn Roe v Wade, undoing 50 years of progress for access to abortion in many American states.

We had warning, of course; even before the draft decision leaked last month, we knew it was coming. So in the leadup to this inevitable result, I was reading accounts of people who’d lived pre-Roe v Wade, including women miscarrying and bleeding out while being unable to access safe dilation and curettage, with husband and young children watching. Some of these women died while waiting.

One user tweeted a thread about how her mother died in childbirth despite being advised to terminate the pregnancy, and reflected on how life might have been different had her mother made a different choice.

Today my Twitter feed is filled with (mostly) women inviting those living in the abortion-banning states to “go camping”, to “come see the beaches here” and more, all euphemisms and invitations to travel to where abortion is still legal. Women in Canada are doing similar, and I am in tears. It should never be this hard, but sadly I know all too well even here, in Australia, that it can be.

While abortion was only recently decriminalised, we’ve always been able to access it through a mechanism I did not fully understand. During my years in 2002-11 working in O&G, and then as a GP, I’ve seen many women attend for abortions of unplanned, unwanted pregnancies and launch into explanations of why they needed an abortion – as if I had any right or intention to ask or to judge. I did what I’ve always done: talk to them about their options and give them contact details of providers and next steps. On the occasions they presented genuinely undecided, I offered counselling to help them decide what best fit in with their lives.

Public hospitals, while I was an O&G trainee, did not provide surgical terminations of pregnancy (STOPs) except on grounds of medically necessary reasons, usually fetal abnormality. So the best options, prior to MTOP (medical TOPs) were through abortion providers such as Marie Stopes and private clinics, which are not cheap to access.

I was regularly faced with women of all ages, with unwanted, unplanned pregnancies, who could not access TOP in the public setting, and whose options were to pay for one, often at significant cost, frequently alone, without the man who contributed the sperm.

I do not know if that has now changed. With the current strain on hospitals due to covid, I suspect not, and I imagine private providers are all under tremendous strain – but I am grateful that we at least have options for people wishing to exercise this right, unlike in the US.

As I write this, someone has tweeted that in her clinic in West Virginia staff spent Friday “cancelling the appointments of 60-70 patients scheduled for abortions in the coming weeks. Some patients broke down and could not speak through their sobbing. Some patients were stunned and didn’t know what to say. Some patients did not understand.”

Another tweeted: “Women trying to withhold sex to avoid pregnancy will just be met with more violence and that’s a scary thought.”

Abortion rights are human rights. Banning abortions does not simply make them go away, it pushes them underground. People simply find a way, often taking bigger risks out of desperation.

This is one of the reasons countries such as Australia have access to universal healthcare, as much as it is being rapidly decimated at the moment: no one, in their time of need, should have to determine whether they can afford medically necessary care, and the decision to have a child or not is medically necessary care that should be offered without coercion.

I have also seen posts about the availability of retail tests to help prospective parents determine the sex of their fetus early in pregnancy. There were mixed comments; many were appalled, while others were pragmatic.

I watched in silence and reflected on how much my own stance has changed over the decades. For the better part of 11 years I was a trainee in O&G, when these and other ethical dilemmas were common. So were women desiring terminations for “valid” and “less valid” reasons, so deemed, and being patronisingly denied access to tubal ligation for contraception if they were below a certain age and a certain parity. Much of this was simply taught as “right” and “expected”.

It is only in recent years that we are questioning the validity of this patriarchal point of view, especially when we override the person who will carry the fetus, often in hardship, give birth to the infant with pain, and then raise the child for at least 18 years, sacrificing physically, mentally and financially in the process.

With age, and the hardship of having raised my own four children essentially alone, as much as I love them, I knew a decade ago that I did not want any more children. Female friends were even more blunt: “If I get pregnant now, it’ll be terminated, no question.”

I am therefore now also of the opinion that it is unfair on a child to be born and raised by a parent who resents them, because they are the wrong sex, much less if they are unwanted, or worse, born of rape or incest. These are not trivial issues to simply dismiss, any more than the very real risk of harm and death every person with a uterus assumes when getting pregnant.

It must be an active, desired choice on the part of the person who will be carrying the pregnancy – especially in a place like the US, with no access to universal healthcare, no paid maternity leave, no living wage guaranteed.

I truly feel for America’s women, especially the ones who will be worst affected – the BIPOC, the LGBTQI, the marginalised, the vulnerable, the most disadvantaged, who will struggle to access abortion, to travel and to take unpaid time off work to pay for it.

At the same time, it is a stark reminder to me, that our freedoms, especially reproductive freedoms, are hard fought and won, and can be easily taken away if we don’t stay vigilant.

Dr Imaan Joshi is a Sydney GP; she tweets @imaanjoshi.

Fertility Women Could this be Premature Ovarian Insufficiency?